Bitcoin Arrives at the Superbowl

Superbowl advertisements give some of the best exposure on earth – with an estimated 111.3 million people tuning into FOX last night. 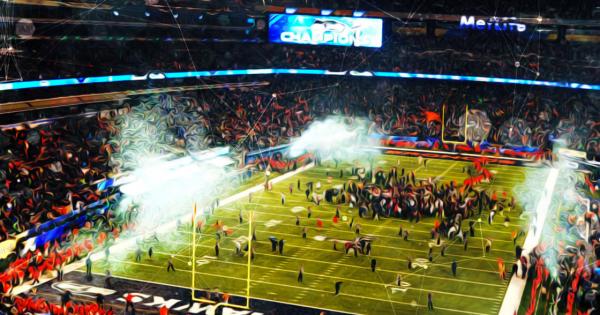 Superbowl advertisements give some of the best exposure on earth – with an estimated 111.3 million people tuning into FOX last night. Of course, Bitcoin has never spent any money on advertising — it’s a decentralized platform with no centralized, controlling body. So when Bitcoin pops up in a Superbowl commercial for TD Ameritrade, it’s a pretty big deal.

Financial institutions are beginning to see that cryptocurrency is an inevitable asset to the future economy. And similar to the way oil companies begin to bet against their own technology in efforts to survive a total collapse, banks are playing both sides of the field with p2p currency.

For the majority of Bitcoin retail investors, Bitcoin futures may be a bit confusing.

Bitcoin futures is a way to lower the risk of losing money on Bitcoin. Basically, investors who enter the contract agree to buy or sell Bitcoin for a certain price at a certain date. That way, investors know what price they will buy/sell at and they are okay with it because it has been predetermined.

Bitcoin futures are the only investment product that banks will deal with at the moment, and probably the only way the Superbowl advertising committee was going to allow Bitcoin to appear in one of their commercials.

Despite all of the hype, Bitcoin futures experienced a very underwhelming first month of trading.

Bitcoin In the Mainstream

The most important thing one can take away from Bitcoin futures premiering in a Super Bowl ad is that Bitcoin has arrived in everyday conversation.

Of course, with the Bitcoin downturn over the past few weeks, former Superbowl champion and cryptocurrency investor, Richard Sherman, must be especially glad that he told his grandma not to buy Bitcoin a few months ago.

A new asset class is being fortified in real-time — billions of fiat dollars are being invested into mining and infrastructure to support cryptocurrencies, and no matter what the price may look like at the moment, the multitude of businesses that are a part of this new economy aren’t going to turn off overnight.