The state of New York is allowing a Bitcoin mining company called Coinmint to set up shop in its state. 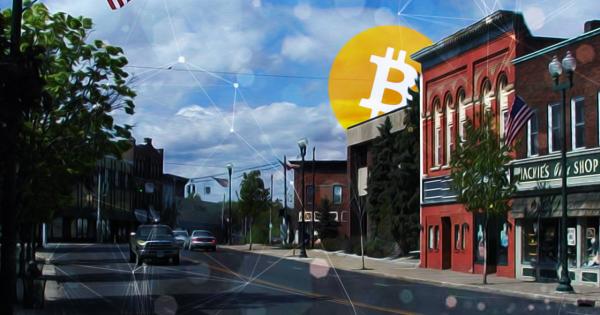 The state of New York is allowing a Bitcoin mining company called Coinmint to set up shop in its state. This comes as particularly surprisingly news as New York is well known for its rigorous regulations and closed doors to the crypto world, with the BitLicense being the best example.

Massena, the small border town next to Canada where the investment will take place, seems very excited to offer a closed-off site where traditional smokestack buildings and the Alcoa East Smelter once ran in exchange for a “futuristic company.”

While the town is still trying to make sense of Bitcoin, town supervisor Steven O’Shaughnessy is looking forward to giving the people of Massena a new industry to look into.

While the approval seems well underway, the 15 megawatts of low-cost power is still on the table for more study with the New York Power Authority. But with the town on their side, buildings approved and NYPA considering, it all seems very hopeful.

“It would be good for Massena. I think they are highly technical jobs. We’re definitely going to look forward to something like that,” he said.

Coinmint will be operating a cloud mining operation. In cloud mining, users can buy a share in the computational power to produce dividends.

They don’t need to actually own any equipment themselves, the factory provides everything. Users just pay a flat rate.

Plattsburgh BTC is an example of a fully operating and local cloud mining institution.

Also located in a small town, the operation has brought a lot of revenue into the area and offers a wide variety of plans; allowing users to get started with owning a stake at just $30/month.

A Big Win for New York

New York is notoriously known throughout the country for being strict with their crypto laws. Washington State and New York are the only two states in the countries where participating in ICOs is illegal.

Binance, one of the largest cryptocurrency exchanges in the world, cannot be used in New York because they have not obtained a “BitLicense.”

A BitLicense is solely a “New York thing” — any exchange that wishes to operate in the state of New York must obtain a BitLicense.

In fact, there aren’t many exchanges that have a BitLicense. The New York Department of Financial Services told Inverse just two weeks ago that the DFS has granted licenses to

Mining in New York can show how Bitcoin can help even the small towns, and that blockchain will only bring more infrastructure and money to its state.