When Cboe Group Inc and CME Group Inc launched their Bitcoin futures contracts last month, the attention and the response was overwhelming. 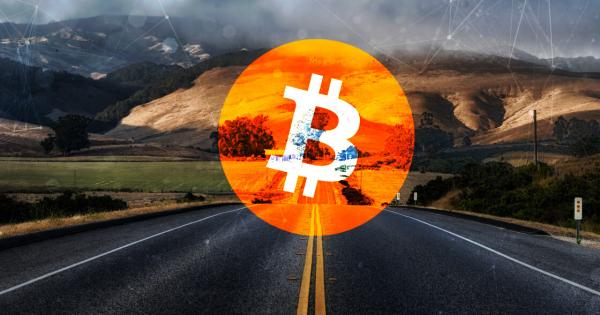 When Cboe Group Inc. and CME Group Inc. launched their Bitcoin futures contracts last month, the attention and the response was overwhelming. The launches were featured on the cover of The Wall Street Journal and other high-impact news sources, and everyone seemed to have an opinion about their place in the mainstream investment arena.

For many, these futures contracts represented a viable entrance into the world of cryptocurrency investment. With the top cryptocurrencies increasing in value by thousands of percent in 2017, there was widespread interest joining the party.

Of course, crypto markets are very different than traditional investment markets. They endure wild price swings, and daily highs and lows that are hundreds or even thousands of dollars apart are not uncommon.

Dubbed  “flash crashes,” these profound value reductions can be jarring for traditional investors who are more acquainted with relatively stable and predictable markets.

Regulated Bitcoin futures offered by liquid, reputable institutions were hailed as a solution for everyone. A former regulator, Bart Chilton, told CNBC,

“The quicker that we can get to some transparency, the quicker we can know who is in these markets…then the underlying [Bitcoin] will have a little bit more stability in it than we see now.”

For crypto-enthusiasts, the futures contracts were a validation of their markets. With their launch, Bitcoin would be fully embedded into the mainstream financial system, and it was only a matter of time before other currencies entered as well, many presumed.

However, few expected what is actually happening.

After an initial rush of enthusiasm that almost immediately crashed Cboe’s website, the Bitcoin futures markets has been relatively tepid. As Peter Tchir writes in Forbes,

“The January CBOE contract has open interest of 2,828 contracts as of December 29th. That open interest has barely risen from where it ended its first week.”

For perhaps the most famous futures contract in modern memory, this seems like relatively modest growth.

“Average trading volume on the front contract of the CME has been 932 contracts. The CBOE’s has been a slightly more robust 3,387 daily trades.”

Why Is Demand So Low?

Tchir worries that Bitcoin futures contracts are performing like an overbought asset. He notes that the contract’s highest trading volume occurred on December 22nd, an unusually tumultuous day for cryptocurrencies.

By placing futures contracts on a down day, investors may be trying to capitalize on lower Bitcoin prices, which he notes is “hardly encouraging for future price action.”

To some extent, the low demand can be explained by the all-around high price. Bitcoin and the corresponding futures contracts are not cheap. Even with the late December drop, Bitcoin is still up more than 1,500% on the year, and there are undoubtedly cheaper options available.

Numerous alt-coins are demonstrating prolific growth similar to Bitcoin, and many investors may be coinhopping, trying to get in early on the next Bitcoin-like explosion.

What Does This Mean for Crypto?

In reality, nothing. Futures contracts are a derivative of Bitcoin, so high or low demand for them does not directly reflect the volume of Bitcoin being bought or sold.

While some expected the impact to be immediate and profound, it may be that institutional investors are still becoming educated on the product or are pursuing growth potential from other cryptocurrencies.

If anything, the fear that Bitcoin futures contracts would drop the price of Bitcoin seems to be unfounded. Before the launch, Noelle Acheson of CoinDesk expressed concern that institutional investors would pull their money from the cryptocurrency to reinvest it in futures contracts, which would subsequently drop the price of Bitcoin. These concerns have not come to fruition.

In the crypto space, where everything seems to happen quickly and dramatically, the low demand for Bitcoin futures contracts is just a reminder to have patience and slow down. This product is less than a month old, so it’s unnecessary to make consensus decisions about the state of the investment product. Bitcoin was eight years old before it started gaining the type of traction that we’ve seen this year.

This could even be considered a good thing for everyone. Rather than moving money from fad to fad, investors are being more deliberate and more intentional about their decisions. That may not make exciting headlines, but it could be the strategy needed to help Bitcoin and other cryptocurrencies continue to develop and mature as a functional currency and as an investment asset.