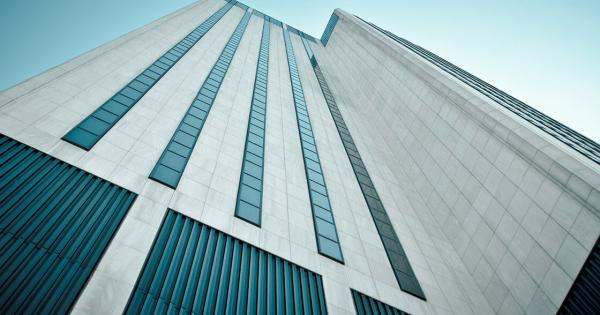 Patrick Larsen studied material science chemistry at the United States Air Force Academy and holds an MBA from the University of Chicago Booth School of Business. He is a former US Navy helicopter mission commander and held positions at organizations including Amazon, Vets in Tech, and Cathay Fenix.

In June 2017, Larsen, along with Bryan Starbuck and Drew Nordstrom created the crypto tax tool ZenLedger, which allows cryptocurrency enthusiasts to more easily do their taxes.

Future of Web 3.0 with Blockchain

When asked about his expectations on Web 3.0, Larsen said he envisioned that achieving “greater individual control over information and finances” will continue to take precedence.

He believes that instead of handing over data to third parties, individuals should hold their own personal information. In his opinion, nothing should prevent individuals from having control over sensitive information since people are already expected to “control their social security number, bank account numbers, addresses, physical security of home and electronic devices, logins and passwords.”

Larsen also believes that faster, cheaper and better algorithms will be developed to allow higher quality data analysis. These algorithms will translate into more obvious and easily deliverable benefits around data privacy.

Larsen also believes that the monetization of online content is a necessary component of the web. According to him:

“People want to believe that content on the internet is free but it clearly it’s not. You must pay for your internet, your phone service, your devices, and then you must subject yourself to ads or data collection.”

But, there should be a solution that can reconcile data privacy and monetization. More specifically, he mentioned that the Basic Attention Token (BAT). Albeit being somewhat centralized, in his opinion, it is a “powerful tool” that enables individuals to be rewarded for their time and attention.

According to Larsen, this is an improvement on the current system which rewards services which are able to (oftentimes non-consensually) sell people’s attention.

With respect to crypto token economies, Patrick Larsen believes the “future is here” since people are already comfortable with electronic money. According to the ZenLedger CEO, it is a question of “where this will happen and for who?”

He cited Venezuela and Argentina as places where the adoption and development of cryptocurrency and blockchain technology can be quicker, more impactful, and without “resistance from entrenched interests”:

“In the upcoming global financial downturn (because we are due for one) it will be critical to see if crypto correlates with other speculative assets—getting sold off so people can pay for food and housing in their local fiat—or if there will be a flight to an asset that does not inflate when central banks inevitably start massive assets purchases again.”

Furthermore, the CEO is not alone in his desire to witness how crypto assets will correlate with more traditional assets, especially in the event of a global economic crisis.

Some experts have suggested there is little correlation between the crypto markets and other traditional markets. Research conducted by CryptoSlate also points to this conclusion, finding that Bitcoin and the S&P 500 are historically uncorrelated. Another thing to note, the relatively small size of the crypto market (compared to traditional assets) means it is unlikely to have a significant impact on other markets.

According to Larsen, unlike the internet in the 1990s, blockchain is something that large companies are predicting will be a sculpting force in the digital landscape:

“I think things are likely to be more centralized in the foreseeable future. Blockchain is not going to catch anyone napping like the Internet did in 1995. All the Fortune 50 sees this coming and are actively taking steps to prepare and benefit from blockchain.”

The interview ended with Mr. Larsen’s views on the most important use cases of blockchain technology. Whether centralized or decentralized, the CEO considers ownership of personal data, verification of supply chains, and voting as some of the most important uses cases of blockchains. Payments and money transfers with low transaction costs also ranked high on his list of top blockchain uses.

Pat Larsen is the CEO and co-founder of ZenLedger, a popular cryptocurrency tax solution. Learn More