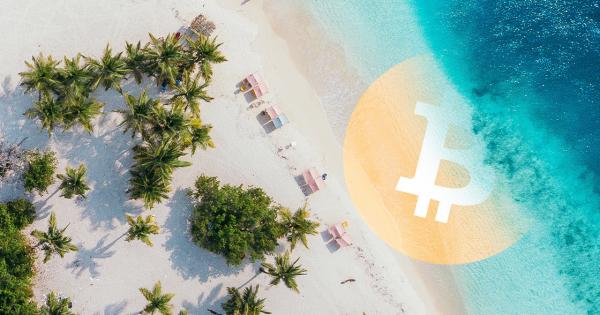 Hyperinflation in Venezuela is estimated to have reached a boggling 1.3 million percent in 2018. To reconcile runaway prices, the wealthy and the technologically savvy have turned to the stock market and cryptocurrency.

Fueled by rich oil reserves, the country was once one of the fastest growing in South America during the 1990s and was an economic powerhouse in the region. Today, decades of corrupt and neglectful policies have put Venezuela on a road to economic disaster, and it’s accelerating.

The IMF estimates that Venezuela’s inflation stands at around 1.3 million percent, meaning that prices double in less than a month. This has caused country-wide shortages of basic necessities, such as food and medicine, adding to the hardships endured by Venezuelan citizens. Conditions have become so bad that ten percent of the country’s population has fled the country, according to The Economist.

The country’s national currency, the Bolivar has plummeted in value. To combat the issue, Maduro knocked five zeros off the currency by issuing new Sovereign Bolivar. Forbes called the move “a scam” and a mere “facelift” to the issue.

In desperation, the local people have taken to volatile (and oftentimes difficult to use) cryptocurrencies. On social media, Bitcoin, Dash, and Zcash are often cited as the number one choices for Venezuelans looking to weather hyperinflation.

And, people from around the globe are helping the country find its way to cryptocurrency. For example, AirdropVenezuela is facilitating donations to tens of thousands of verified Venezualans.

According to crypto statistics hub Coin Dance, the trading volume for Bolivars on LocalBitcoins has surged in 2018. The weekly trade volume for bitcoin rose from 170 to 2000 BTC in 2018.

Adjusting for Bitcoin’s 75 percent fall in value since the beginning of the year, weekly trading volume in Venezuela still increased from $2.5 million to $7.3 million, over a 190 percent increase.

Although the poor in Venezuela have been hit the hardest by inflation, rich Venezuelans have other options to combat the problem. In the past, many have used the stock market as a sort of inflation-linked bank, buying shares to deposit cash, and selling them to withdraw it, as said by the Economist in July of 2018.

According to Barron’s, stocks in Venezuela have done a better job of keeping up with inflation, increasing in value (in Bolivar terms) by 73,000% in the past year. Banco Mercantil, one of South America’s largest banks—which operates outside of Venezuela—is the most popular stock among the rich, understandably.

However, despite the astounding growth of the Venezuelan stock market, its trading volume adjusted to dollars is minuscule. Data from Bloomberg suggest that the Caracas Exchange (index) had a daily trading volume that fluctuated between $50,000 and $3.9 million in the month of December, numbers rivaled by the growing bitcoin trade.

The LocalBitcoins figure is also an estimate, which doesn’t account for bitcoin traded outside of the platform. And, with weekly volume consistently upwards of $500,00 in USD terms, it seems that the country’s appetite for some digital currencies is significant.

Although conditions in Venezuela are grim, the natural and spontaneous use of Bitcoin at such a scale hasn’t been seen before. The nascent digital currency could actually start behaving like peer-to-peer digital cash in the country, one of Bitcoin’s original aspirations. As things unfold in the troubled economy of Venezuela, it will be interesting to see if the country sets a new precedent for cryptocurrencies.