The launch of Binance’s decentralized exchange and JP Morgan’s proprietary cryptocurrency, JPM Coin, have raised fundamental questions about where the crypto industry is headed. 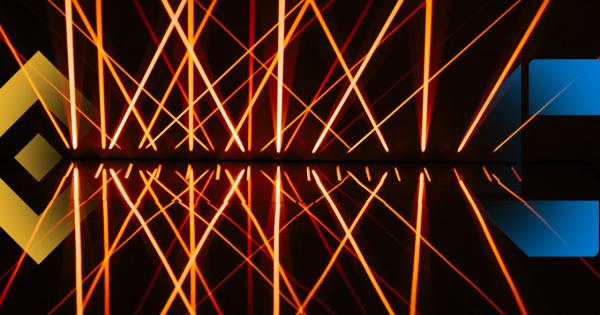 The launch of Binance’s decentralized exchange and JP Morgan’s proprietary cryptocurrency, JPM Coin, have raised fundamental questions about where the crypto industry is headed. Both products fall short of traditional definitions of decentralization, and instead, stake territory somewhere between the Facebooks and the Bitcoins of the Internet.

JPM Coin and the Definition of Cryptocurrency

When JP Morgan’s JPM Coin was first launched on Feb. 14, 2019, pundits from mainstream media outlets labeled it the “Bitcoin Killer.” The hyperbolic title indeed earned a ton of clicks, but a deeper dive into the technology reveals it has little in common with the pioneer cryptocurrency.

There is also added hypocrisy when it comes to the CEO of JP Morgan, Jamie Dimon, going from calling bitcoin a “fraud” and then later retracing these statements. He later regretted his earlier comments on Jan. 2018 and admitted that “blockchain is the real deal.” With JPM Coin, Dimon may have come full circle, but crypto commentators seem wary to welcome him into the community.

Since its launch, JPM Coin has been heavily critiqued for not being a cryptocurrency. Brad Garlinghouse, the CEO of Ripple, commented that the closed network model of JPM Coin “misses the point” of what Bitcoin set out to achieve more than a decade ago.

In 2016, Garlinghouse predicted the rise of “BankCoins,” but ultimately concluded that a bank-issued digital asset would “recreate today’s system but [add] more friction.” If every bank were to create their own digital asset and then wanted to transact with one another, they would have to one again make markets thus obliterating any efficiency gained from using a digital token.

Although Ripple’s CEO makes an interesting point, he is also highly-incentivized to prevent the rise of BankCoins. Ripple’s XRP, like JPM Coin, serves a very similar markets. Both are positioned to improve the money transfer and both report instantaneous bank payments between clients.

The more important point is the ways in which JPM Coin falls short of what the industry has come to understand as a ‘cryptocurrency.’ In essence, JPM Coin is a digitized IOU only available to institutional clients of the bank. The only purpose it serves, along with Ripple’s XRP, is to reduce “the typical settlement time… when one client sends money to another” according to the bank.

Meanwhile, Bitcoin is backed by an open protocol of distributed network of miners, nodes, and users—anyone is free to participate. JPM Coin is backed by the US Dollar and only approved nodes (likely owned by JP Morgan) can verify the state of the native blockchain. These nodes are approved by the bank and appear to run contrary to the disintermediation the space has championed since the advent of blockchain technologies.

An FT Alphaville journalist, Jemima Kelly, even speculated if a blockchain is needed in the first place then “some might argue JPM Coin already exists and that it’s just a JPM deposit by another name.”

Binance’s DEX and the Definition of Decentralization

The highly-anticipated decentralized exchange from Binance launched their testnet on Feb. 20, 2019. The “decentralized order-matching engine” will reportedly allow traders to retain their private keys and create a private wallet on the platform.

As the exchange acquired Trust Wallet in July of 2018, wallet generation will not be a problem. Transfer fees between on-chain transfers are paid with a flat fee of 0.01 BNB, Binance’s native token. The DEX, however, does claim “1 second block generation time, 1 confirmation is final, [and] thousands of transactions per second throughput.”

Considering the number of decentralized exchanges already available, the Binance DEX indeed looks to be an improvement. It offers low transfer fees, on-chain transactions, and incredible speed. But, much like JPM Coin, there are potential drawbacks.

The “Blockchain Trilemma” is an idea that has spread through the crypto community since both Bitcoin and Ethereum’s scalability issues from 2017. The Trilemma states that a blockchain can only achieve two of the following traits at any one time: decentralization, security, and scalability.

An exchange that can perform 1,000 transactions per second is likely cutting corners on decentralization; If decentralization is defined by the number of nodes in a network, then Bitcoin has 10, 516 nodes operating, Ethereum reports 9,091, and XRP Ledger has 1094 nodes at the time of press.

In contrast, the Binance DEX launched with 11 validator nodes, all of which were pre-selected by Binance.

By reducing the number of nodes monitoring a blockchain, networks can also reduce the time required to verify the validity of a transaction. This is part of why Bitcoin can get clogged with transactions and how XRP Ledger, in some ways, addresses this problem.

In an interview with Luke Martin, a well-known crypto trader, Changpeng Zhao did, however, contend that the pre-approved 11 validator nodes that verify Binance Chain (and thus the DEX) cannot be controlled by Binance. He also reported that once the network is fully operational Binance allegedly “can’t shut down the network.”

Both JPM Coin and the Binance DEX appear to avoid classification of cryptocurrency and decentralization. JPM Coin can be construed as an internal place holder for JP Morgan account balances and Binance’s DEX pushes the boundaries of what is considered a decentralized exchange through its handful of nodes.

What both of these products also appear to share is the ability to capitalize on the free marketing and hype generated by the crypto space.

That said, a more optimistic alternative for evaluating decentralization would be to apply John Backus’ theory of “minimal viable decentralization.” In a Medium post, the co-founder of Bloom and Cognito touches on the tradeoffs that come whenever a firm attempts to decentralize a product. According to him, establishing where to decentralize is just as important decentralizing in the first place. This means keeping in mind which market segment the company is attempting to capture.

“Like any software,” Backus writes, “users flock to the product that gives them what they want.”

If those users demand the instantaneous bank transfers that JPM Coin offers, does it matter if JPM Coin is not technically a cryptocurrency? Similarily, if traders shift over to Binance’s DEX and the platform sees record-high trading volume and liquidity, is it important that it is not fully decentralized? Definitions of cryptocurrency, decentralization, and many other aspects of blockchain are loosely defined and depend on the perceptions of users.

Consequently, the definition of decentralization will land squarely in the hands of whichever firm attracts the most use. If that’s Bitcoin, then Satoshi Nakamoto’s vision, spawned out of the wreckage of the financial crisis, will thrive. If not, and if BankCoins and seemingly centralized exchanges attract more users, then that raises questions about the decentralization movement that has taken place over the last ten years.

Binance, the world’s largest cryptocurrency exchange by trading volume, is launching its own blockchain that will support the forthcoming decentralized exchange Binance DEX and host its native Binance Coin, the company announced in a Medium post on December 5, 2018. 2 min read

A year after attempting to abdicate his throne as ruling Bitcoin basher, Jamie Dimon has stepped back into the king’s court heralding fresh commentary on the original cryptocurrency and the technology that underpins it. 2 min read

JP Morgan has become the first US bank to create and test a cryptocurrency. 2 min read 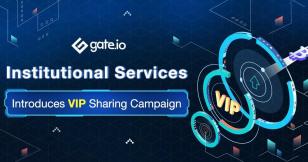