The market cap of Terra USD has grown from roughly $200 million to $9 billion within 12 months. 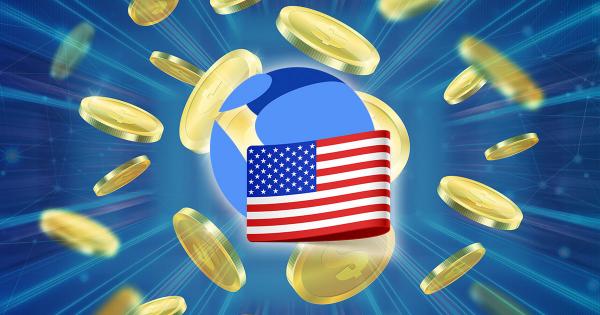 Photo by macrovector on freepik.com

UST is now the largest decentralized stablecoin by market cap

UST reached this milestone after unseating its Ethereum-based rival, DAI. Available information shows that as of the start of 2021, the market cap of UST stablecoin was around $200 million. However, it went beyond $9 billion in December, representing a 5 times growth.

Aside from the fact that UST now ranks first among its class, it has equally become the overall fourth-largest stablecoin by market cap. It is behind more illustrious centralized competitors like USDT, USDC, and BUSD, who enjoy backings from top crypto firms like Binance, Circle, and Bitfinex.

Being an algorithmic stable coin, UST utilizes a token on the Terra blockchain to maintain its peg against the U.S Dollars.

The stablecoin market has risen rapidly in 2021

One of the largest growing sectors of the crypto space this year is undoubtedly the stablecoin market. According to a report submitted by the Treasury Department, there has been a 500% increase in the market cap of the largest stablecoin issuers in the last 12 months.

Due to this exponential growth, regulators around the world, in Japan and the U.S for example, have become increasingly worried and interested about the operations of these issuers. Authorities in the U.S have posited that only insured depository institutions should be allowed to issue stablecoins.

This view, however, is being frowned upon by the crypto community as they question why major stablecoin issuers are not being granted bank charters.

Just recently, Senator Elizabeth Warren also mentioned how the astronomic growth of the stablecoin market could have a debilitating effect on the economy of the United States.