Kraken has come under flak from the ‘XRP Army’ after disputing the vernacular around Ripple and XRP. 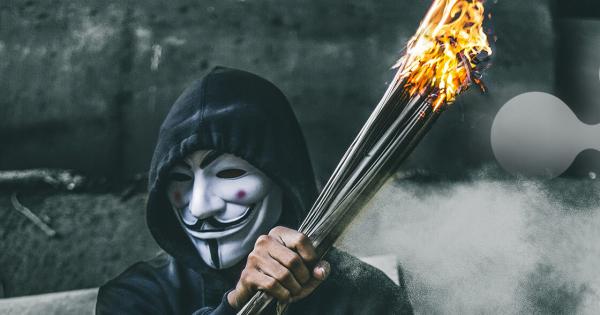 Kraken has come under flak from the ‘XRP Army’ after disputing the vernacular around Ripple and XRP. Is Kraken’s persona fueled by Jesse Powell’s former bad blood with Ripple?

Kraken is one of the largest US-based cryptocurrency exchanges, having facilitated $3.7 billion over the last 30-days. The company has come under flak after provoking the ‘XRP Army’ over the naming conventions for Ripple and XRP over Twitter:

Dear XRP Army, Ripple is (and was first) a payment protocol whose native currency is XRP. You could suggest the eponymous company change its name (again) to avoid ambiguity. The convention is <protocol> <asset>, like: Ripple XRP, Ethereum ether, Bitcoin bitcoin, etc. ?

Relationship Between XRP and Ripple

The crux of the problem is around the origins of XRP Ledger, and how it has become synonymous with Ripple as a company. If the courts deemed that XRP was a cryptocurrency issued by Ripple, or worse yet, that XRP was a security in Ripple, then the company would have a legal and accounting nightmare on its hands.

Ripple asserts that the cryptocurrency XRP is decentralized and completely distinct from the company, according to their website:

“The XRP Ledger cannot be owned by any single entity—it exists independent of any one person or business, including Ripple.”

Ryan Zagone, Ripple’s Director of Regulatory Relations, builds on that sentiment during his testimony to the UK’s Parliment:

“XRP is not controlled by us. It wasn’t issued by our company, that’s an open-source platform, we’re just making use of this open-source technology. We’ve built that into our product—there is a tight correlation between us and the currency just because the market has begun to understand it. The reality is that it’s open-source and we as a company can go away and that technology would continue to exist.”

Yet, the company’s statements are steeped in controversy. Critics, such as Kraken, have emphasized that Ripple’s large holdings of XRP, and the ambiguity behind the cryptocurrency’s creation, suggest evidence to the contrary.

The back-and-forth between these two factions has left laypeople confused about the difference between Ripple and XRP. Some people are left thinking that buying XRP is equivalent to buying Ripple’s stock, while others never want “Ripple to be mentioned in the same sentence as XRP,” as stated by Kraken.

To further provoke XRP fans, Kraken has been flippant in its response to Ripple hardliners. In response to a tweet debating the clarity of using ‘Ripple’ in Kraken’s listings:

not to be confused with Nipple (XRP)

And in another tweet, the exchange agreed that even XRP is the incorrect terminology given its first analogy:

Actually, you are right. Thank you for pointing that out. Correct example would have been Ripple ripples (or Ethereum ETH, Bitcoin XBT).

Some history on Ripple sheds some light on the situation. Jesse Powell, the founder of Kraken, was once a director and board member at Ripple. In 2014, Powell battled with Ripple co-founders Chris Larsen and Jed McCaleb over their self-allocation of XRP:

“I’m no longer confident in the management nor the company’s ability to recover from the founders’ perplexing allocation to themselves of 20% of the XRP, which I had hoped until recently would be returned.”

The dispute intensified after Powell’s concerns were realized, with Jed McCaleb leaving with a multi-billion XRP stake to start Stellar Lumens. When Powell aired his concerns to the public, the company pressed a cease and desist for libel. According to the document:

“Your recent public statements regarding Ripple and its CEO, Chris Larsen, are false and defamatory and are clearly intended to damage the company…. you are using your insider knowledge to sabotage Ripple Labs and wrest large payments for yourself and McCaleb…. Most egregious, you are doing all this while attempting to smear Ripple Labs and your former partners as greedy and indifferent to the best interests of the Ripple
community.”

Four years later, it appears that Jesse Powell’s hostility towards Ripple may still manifest itself in Kraken’s persona. If history tends to repeat itself, maybe Crypto Twitter will get another theatrical lawsuit.