Bitcoin, the archetypal blockchain, has for ten years waged technological warfare against corporate and state-run finance. Yet for all the heads that have been turned in the tackling of such a gauntlet, it was, in fact, a far more elemental problem that spawned the search for blockchain. 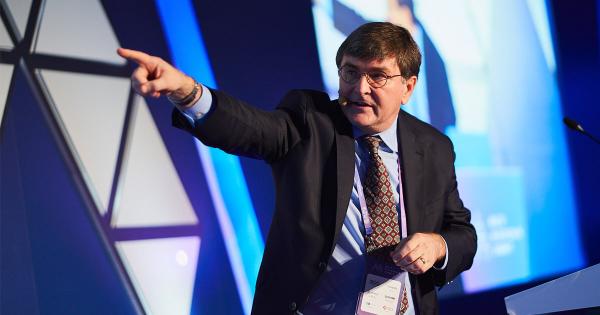 Bitcoin, the archetypal blockchain, has for ten years waged technological warfare against corporate and state-run finance. Yet for all the heads that have been turned in the tackling of such a gauntlet, it was, in fact, a far more elemental problem that spawned the search for blockchain.

Since sketching out the fabled blockchain blueprints in 1991, two scientists have watched their contraption clear the runway and soar to loftier heights by the minute. Nearly three decades on, at the Malta Blockchain Summit, CryptoSlate talked to visionary scientist and blockchain co-creator W. Scott Stornetta in a reflection of his creation and its present trajectory.

As Stornetta wound up his doctorate at Stanford in the late 80s, the physicist looked beyond the unfurling, infantile IT infrastructure of the time and envisaged a world where documentation and data existed purely in electronic form.

In that advanced, inevitable, yet not-so-distant digital world, he also saw something that would eventually become its plight—an “enormous problem” that would take decades to be called by its true name. In 1989, he epiphanized:

“If we can’t tell an old document from a new document, or a tampered one from an original, we’re going to be in real trouble as a society. And so, I realized there was going to be a need to create tamper-proof, immutable records in the digits themselves.”

And when Stornetta fingered cryptography as part of the answer, the physicist swiftly sought out help from those in the know—namely, mathematician and to-be long-time collaborator Stuart Haber—and his collection of cryptographers at Bell Communications Research.

But as the group of scholars “took off to the races” and in a few months devised a workable solution, much to the dissatisfaction of Stornetta, their newfangled system was trust-based.

The physicist already thirsted for the trust-less architecture now held up as one of blockchain’s core tenets, yet Haber, with true academic rigor, suggested they first prove why trust was an essential component of any solution.

What followed would make history.

The pair realized that as each intermediary was drawn into the system to prevent collusion between existing parties, another would have to be added, and added, and added.

The superior answer, for Stornetta, was a global affair where all participants in existence validated trust:

“The only way to solve it would be to have a conspiracy that involved everyone in the world, and then I realized that was in fact the solution. That these widely distributed records, where everyone becomes a witness, essentially, solved the problem by turning it on its head.”

Having gone on to spawn the prototypical blockchain, co-author the time-honored, academic journal cited in Bitcoin’s whitepaper: How to Time-Stamp a Digital Document, and found the now-defunct Surety—widely considered the world’s first commercial blockchain service provider—Stornetta has cultivated something of a god-like status amongst blockchain proponents, to whom he would impart a few words of wisdom.

Nakamoto was evidently enamored by Stornetta and Haber’s approach to time-stamping, and yet the brain behind Bitcoin tweaked their approach to forming a consensus—substituting “one man, one vote” for the now-quintessential algorithm, Proof of Work (PoW)—or as Stornetta explained it, “one CPU, one vote”.

And while Stornetta would tip his hat in “honest admiration” to the pseudonymous creator, he seemed far from hailing Bitcoin as the ultimate blockchain.

The philosophically decentralized nature of Satoshi’s mining consensus, he explained, had been jeopardized by industrial-grade mining pools capturing vast quantities of block rewards, all as the network’s resource consumption skyrocketed. To that end, he noted:

“I don’t think we need to view what [Satoshi is] doing as the final word so much as the opening act. We can have so much of the benefit of the blockchain without today’s onerous consensus mechanisms as we currently see in play.”

To step towards his ideal consensus—one where cost becomes negligible to the system—Stornetta posed three questions to progressive blockchain architects; questions that, when answered, he believed would open up an “enormously large design space for innovation”.

“Where should the computation be done?
Who should have the governance?
Who should be incentivized and for what?”

Steemit, for example, took a “far more human-friendly” approach to consensus than PoW in Stornetta’s books; offering an alternative, more “orthogonal” solution by having users vote on the value added by other participants.

The Future of Decentralized Economies

With 2,100 listed cryptocurrencies and counting, many blockchain proponents would be all-too-familiar with the widely predicted crypto-culling akin to the dot-com bubble-burst.

Stornetta, however, sees their eruptive creation in a decidedly more optimistic light.

He explained that “the verdict is out” on the winners, and that current or emerging cryptocurrencies will become “increasingly viable” as they, quite literally, begin to give central banks a run for their money. He continued:

“[Cryptocurrencies are] like a do-it-yourself federal reserve kit; that’s now shipping to all sorts of developers around the world. Someone’s going to get it right.”

Stornetta, ever the impartial academic, didn’t seem partial to picking any potential champions, but he did give the thumbs-up to security tokens as the “successor, next-generation” version of present-day cryptocurrency.

The veteran scientist wouldn’t be welcoming everyone aboard the blockchain bandwagon, however.

To anyone attempting to use the technology to reinvent the wheel, or perhaps more spuriously copy and paste centralized solutions onto the blockchain, Stornetta counseled that value creation and a “little humility” were surefire ingredients for success. He surmised:

“The real issue is: how do I create value? Not: how do I get a billion people to do something. Because, if you can find a small or modest-sized problem where you can really bring value creation by decentralizing, then people are going to be interested.”

The top blockchains of today didn’t get a free pass from Stornetta either; the founding father discouraging anyone from declaring status as “the incumbent” and resting on their laurels.

“There’s a need to continue to innovate”, he suggested, giving the nod of approval to efforts such as Bitcoin’s Lightning network and the seemingly interminable development of Ethereum—both of which would extend their rule over the more spritely, lean competitors of tomorrow.