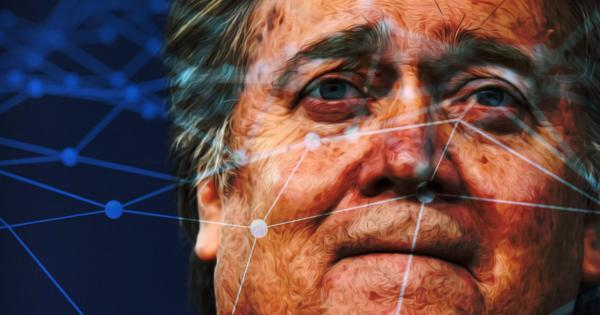 Known as a champion for many right-wing causes, Mr. Bannon openly expressed to his lecture audience that the blockchain can not only be used for introducing more financial transparency into existing banking structures but can also be utilized for a host of other purposes such as ledger accounting, record maintenance within government establishments.

The talk which took place in Zurich and was hosted by Swiss media outlet Die Weltwoche had Steve talking about the current state of European politics. He also lauded the efforts of the Italian populous for ushering in a new government, that is taking actionable steps to introduce more financial stability and accountability within their existing economic setup.

When talking about the negative influence of centralized financial institutions, he said:

Interestingly enough, his lecture tour comes slightly after the launch of Switzerland’s new global crypto hub. The hub has been named Crypto Valley and puts the mountain nation amongst a list of the most crypto friendly countries around the world.

To conclude his speech at the sold-out venue, he brought up Swiss politician Christoph Blocher, the former leader of the Swiss People’s Party.

Bannon cited Blocher as being an early proponent of actionable change due to his anti-EU views all the way back in the early nineties. Bannon said that he was “Trump before Trump”.

During his White House tenure, Bannon served as a direct advisor to President Trump but was unceremoniously removed from his position in August of last year, when it was reported that he had irreconcilable ideological differences with Ivanka Trump and other core members of the administration. Before being hired by the Trump 2016 Presidential Campaign, he was one of the founding members of Breitbart, an alt-right media outlet from the US.

With the blockchain revolution now in full swing, it will be interesting to see how the future of Europe pans out. With countries like Italy, England, and France leaning towards a conservative political setup, people like Mr. Bannon are simply preaching to the choir when they talk about financial de-regulation at their lecture gatherings.