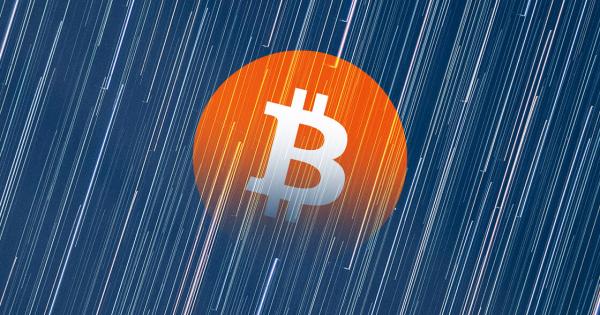 Yesterday, bitcoin’s price hit 5-month highs over the course of an hour—surging from $4,200 to $5,000. Was a 20,000 BTC order, worth approximately $100 million, the catalyst that triggered bitcoin’s breakout?

Yesterday at 21:30 PT, bitcoin suddenly accelerated from $4,200 to $5,000 within 50 minutes. The sudden jump in price was unexplainable at the time, even to those who closely follow the bitcoin markets:

Over 1m people on Crypro twitter and not a single one can explain the spike! 🤣

Even experienced traders were surprised by the speed and magnitude of the price change:

Wouldn't be surprised if we push to 5-5.5k in the next 24 hours. pic.twitter.com/Pubvm8UToi

The sudden increase in price also triggered a round of short-squeezes. Those shorting bitcoin on BitMEX and other derivative-enabled exchanges were rapidly liquidated, pushing the price of BTC even higher and aiding it in hitting $5,200 on some exchanges.

Estimates of the short liquidations on BitMEX, the largest cryptocurrency derivatives exchange by volume, are reported between $410 million and $500 million according to secondary sources.

Did a Massive Trade Trigger the Breakout?

Within the last eight hours, an article by Reuters suggests that a $100 million buy order spread across Coinbase, Kraken, and Bitstamp was the catalyst to BTC’s breakout. Reports from CNBC support this narrative.

According to Oliver von Landsberg-Sadie—chief executive of BCB group, a prime broker and OTC desk for institutional clients—the trade was algorithmically-executed across the three exchanges mentioned above.

“There has been a single order that has been algorithmically-managed across these three venues, of around 20,000 BTC. If you look at the volumes on each of those three exchanges—they were in-concert, synchronized, units of volume of around 7,000 BTC in an hour.”

Yet, even if the catalyst was a large buy order, it seems that tangible trading volume has followed.

It seems for the time being that the price of BTC is salient, with the price per coin remaining above $4,600. And, at the time of writing, it seems that the markets are once again testing $5,000 resistance levels.