Even after the recent tepid price action Bitcoin remains 86 percent above its $3,700 lows set in March’s “Black Thursday” crash. 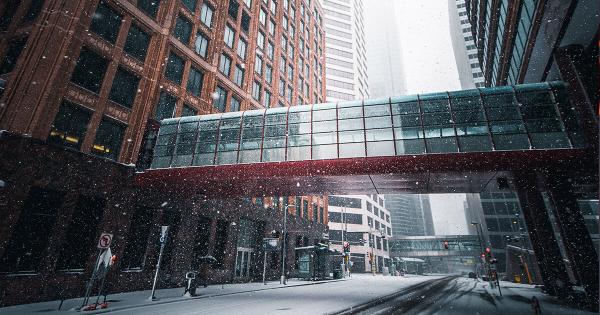 Even after the recent tepid price action Bitcoin remains 86 percent above its $3,700 lows set in March’s “Black Thursday” crash. Instead of deterring late arrivals, this strong rally has seemingly convinced many retail traders that Bitcoin’s rally is far from complete.

Case in point: a confluence of data sources indicates that demand for cryptocurrencies is rapidly increasing ahead of Bitcoin’s block reward halving in May, boding well for the bullish narrative.

Demand for Bitcoin is exploding

According to Skew.com, a crypto derivatives tracking site, last week saw the number of Bitcoin longs held by retail users of the CME futures exchange rise dramatically. The data was sourced from official data from the CME, which each week releases a “Commitment of Traders” report to verify markets.

Further analysis of the data by a prominent crypto trader indicated that it was actually the biggest “retail long exposure weekly increase” ever, with investors fitting into this category doubling the amount of paper Bitcoin they hold via futures in the past seven days alone.

It’s not just that.

As can be observed through web traffic, Google Trends, and pure market volumes, there’s been a decisive uptick in Bitcoin buying over the past few weeks.

Case in point, Coinbase’s mobile application signals that as of Apr. 15, a jaw-dropping 76 percent of Coinbase customers active in the past 24 hours have bought Bitcoin as opposed to the 24 percent selling it.

All these signals accentuate that despite March’s weakness, cryptocurrencies somehow remain in relatively high demand.

Could be extremely bullish

It isn’t exactly clear in what way the recent increase in BTC demand has affected the price dynamic over the past few weeks, but the logic goes that as the public demand increasingly more coins, the market should boom.

In approximately 30 days’ time, estimates suggest, Bitcoin will undergo an automatic change during which the number of coins issued per block falls from 12.5 to 6.25. This means BTC’s inflation rate is instantly cut by 50 percent to approximately 1.8 percent, just under the target rate of inflation for the U.S. dollar of the Federal Reserve.

Simple supply-demand dynamics suggest that with decreasing supply and increasing demand, the price of a market should rise. Bitcoin likely is no exception to this rule.

As predicted by PlanB’s stock-to-flow econometric model for the Bitcoin price, which was recently “fortified” by a number of statistical analysis measures, BTC’s fair value will rise to $55,000 to $100,000 in the wake of the impending halving due to its increasing level of scarcity.

The crypto market has fallen off hard over the past few days. 3 min read

Over the past few months, the upcoming Bitcoin block reward reduction — best known as a “halving” or “halvening” — has been branded the harbinger of the next explosive cryptocurrency bull run. 3 min read

All eyes have been closely watching to see what the impacts of Bitcoin’s imminent halving event are on its price action, with this major event overshadowing the same phenomenon seen by Bitcoin Cash – the controversial BTC hard fork. 2 min read