Over the past few months, the upcoming Bitcoin block reward reduction — best known as a “halving” or “halvening” — has been branded the harbinger of the next explosive cryptocurrency bull run. 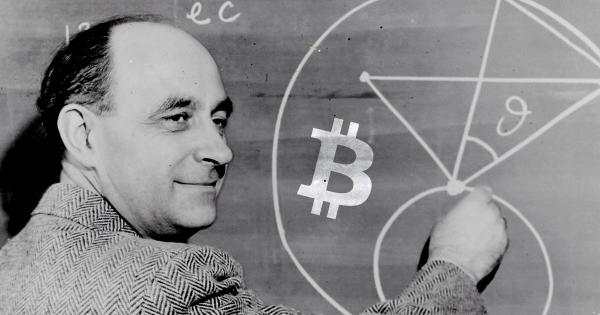 Over the past few months, the upcoming Bitcoin block reward reduction — best known as a “halving” or “halvening” — has been branded the harbinger of the next explosive cryptocurrency bull run.

Indeed, from a pure charting standpoint, the last two halvings, which are byproducts of BTC’s algorithmic monetary policy, have marked the start of monumental surges in the value of our favorite orange coin.

This simple pattern, while a pattern with an extremely small sample size, has convinced many investors that Bitcoin will “moon” after the halving that will come in May of this year.

According to Peter Brandt — a long-time commodities trader and analyst that was once a raging bull on Bitcoin — has changed his tune after the recent decline.

In a tweet published Mar. 17, the analyst remarked that the Bitcoin halving is “grossly overrated,” explaining that the decrease in BTC inflation is negligible when considering the daily trading volume of the asset. In fact, he said that the 50% decrease in inflation caused by the halving is “chump change” in the grand scheme of the crypto market, and thus is unlikely to have a tangible impact.

The daily trading volume of BTC = the REAL supply of BTC

This comes shortly after the veteran trader remarked that he thinks BTC is on the verge of crashing below $1,000.

Brandt isn’t the only noted analyst and investor to have thrown cold water on the Bitcoin halving narrative.

Jason Williams, a co-founder of digital asset fund Morgan Creek Digital Assets, said in December that one of his unpopular opinions is that:

“Bitcoin halving in May 2020 won’t do anything to the price. It will be a non-event.”

Also, a co-founder of Bitmain, Jihan Wu, said that he believes that a Bitcoin bull run may not follow the halving next year.

The funny thing is, math is on the side of bulls, at least for the time being.

In March of 2019, PlanB — a pseudonymous institutional investor based in Europe that analyzes Bitcoin as a personal passion — released a famous article on Medium titled “Modeling Bitcoin’s Value with Scarcity.”

The article contained the below image, which shows that Bitcoin’s market capitalization over time can be plotted on a logarithmic regression, which has an R squared of 95%, or extremely accurate in non-statistics lingo terms.

The model predicts that BTC will have a fair value of $55,000 to $100,000 — ten to twenty times the current value — after the halving due to the emission shock.

The model has since been slightly adjusted to account for more economic factors and the recent price action but shows that Bitcoin is still trading (even after last week’s crash) as if its long-term value was a derivative of its level of scarcity.

Notably, the model doesn’t predict Bitcoin will immediately spike to six digits after the halving takes place in May, but it predicts a long-term rally towards the fair value.

Bitcoin is up 24% in 2 days, but it’s showing two key signs of a local top