Attackers stole over 60 ETH from Binance by creating a token following the BSC bridge exploit, SUSHI increased by 6.6% in 24 hours following GoldenTree investment, and much more in this edition of CryptoSlate Wrapped Daily. 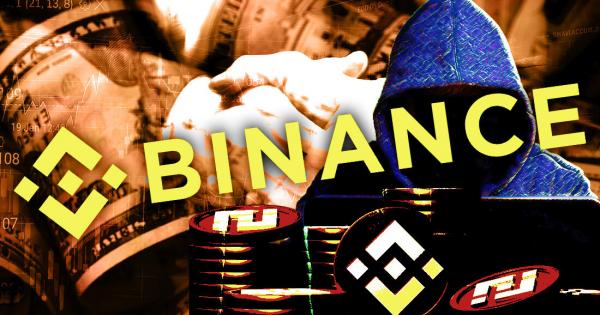 Binance (BNB) suspended deposits and withdrawals from its BNB Smart Chain on Oct.6 due to an exploit. A hacker managed to stole 2 million BNB.

In the early hours of Oct. 7, Binance announced that the problem was fixed, and the chain resumed operation.

.@BNBCHAIN is back online. We have now resumed @BNBCHAIN deposits and withdrawals on #Binance.

Thank you for your patience. https://t.co/icZvlWaHGi

The U.S. Bureau of Labor Statistics (BLS) disclosed non-farm payroll data for September. The data indicated that employment had increased by 263,000 new jobs, which pulled the unemployment rate at 3.5% below the expected 3.7%.

Some malicious actors took advantage of the Binance cross-chain exploit by creating a token “BNBHACKERINU” immediately after the attack. Attackers used it to steal over 60 Ethereum (ETH).

The attacker dedicated his address as the lead deployer, which allowed him to take BNBHACKERINU tokens out of wallets and transfer them anywhere he wanted. By doing so, the attacker minted over one quadrillion tokens.

According to on-chain sleuth ZachXBT, this attacker was not the same as the ones who exploited the cross-chain bridge.

CryptoSlate data showed that Sushiswap (SUSHI) spiked by 6.6% in the last 24 hours. It has been following an upward trend throughout the month, recording a 24.4% increase in seven days and a 19% surge in the last 30 days.

Analysts tied the positive sentiment in SUSHI to the $5.3 million investment the project acquired from a private asset management firm called GoldenTree.

Luna Foundation Guard (LFG) tweeted to say that it has been trying to distribute the remaining assets of the Terraform Labs to token holders to cover up for their loss. However, LFG claimed its efforts had been halted due to ongoing litigations.

The community responded quite furiously. FatManTerra commented on the post by listing the timeline and said the foundation had plenty of time to hold and airdrop.

You had loads of time to do a simple USDC airdrop. Why didn't you?

The Reserve Bank of India (RBI) released a paper to announce that it will soon start the pilot phase of its digital Rupee. The article also included the motivation behind creating the digital Rupee, design choices, and technical considerations for the pilot phase.

“It is the responsibility of the central bank to provide its citizens with a risk-free CBDC which will provide the users the same experience of dealing in currency in digital form, without any risks associated with private cryptocurrencies.”

On Oct. 6, DappRadar data indicated that Decentraland (MANA) had only 30 active daily users, which CryptoSlate reported about.

A Decentraland representative reached out to CryptoSlate to clarify that the number of daily active users was much higher than 30. According to the spokesperson, the number of unique visitors has exceeded 10,000 five times over the last month. It was 7,871 on Oct. 6, and the average number is 8,590.

Bankrupt crypto lender Celsius (CEL) filed Schedules of Assets and Liabilities and Statements of Financial Affairs as a part of its Chapter 11 bankruptcy, which includes Celsius users’ names and transaction information.

Twitter reacted fiercely to this document and snapped at Celsius for “doxing” its users.

The U.S. Department of Justice (DOJ) argued that John Khuu earned $5.4 million from drug trafficking and laundered it through Bitcoin. DOJ claimed that Khuu sold counterfeit pharmaceutical drugs and substances on the dark web and got paid in Bitcoin.

Binance could spend $1 billion on deals in 3 months

Binance’s CEO Changpeng Zhao told Bloomberg News that the exchange could spend $1 billion on investment deals by the end of the year.

CZ said the current market might hold risks and pains but also opportunities.

Malaysia announced via a press release that it collaborates with technology partners to create a public blockchain. The country aims at deploying the most extensive digital services into Web3.

END_OF_DOCUMENT_TOKEN_TO_BE_REPLACED

The Ergo platform aims to provide an efficient, secure, and easy way to implement financial contracts that will be useful and survivable in the long term.

END_OF_DOCUMENT_TOKEN_TO_BE_REPLACED

Reserve is a stable, global currency (a stablecoin) and a digital payment system for people and businesses in countries with high inflation..

END_OF_DOCUMENT_TOKEN_TO_BE_REPLACED

Decentraland is a virtual reality platform powered by the Ethereum blockchain.