SUSHI spiked 6.6% in the last 24 hours, according to CryptoSlate data. The digital asset has been able to maintain a positive price performance over the last seven days, rising 24.4%. 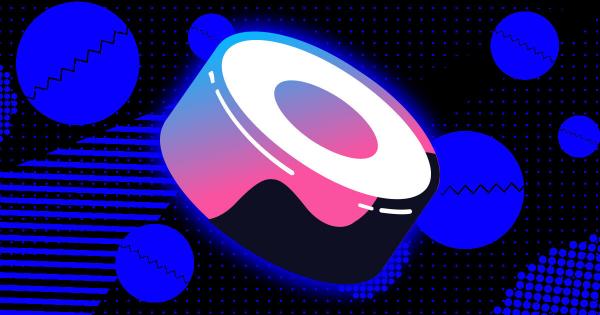 Decentralized protocol Sushiswap (SUSHI) has seen the price of its native token jump by over 19% in the last 30 days to  $1.38

At least one technical analyst on Twitter believes the recent positive momentum surrounding the protocol could be the catalyst that pushes it above $1.5 for the first time since it dropped below the mark in August.

Why SUSHI is trending

SUSHI spiked 6.6% in the last 24 hours, according to CryptoSlate data. The digital asset has maintained a positive price performance in the previous seven days, rising 24.4%.

GoldenTree is a $50 billion private asset manager that recently launched a digital asset investment strategy. The firm has identified Sushi as one of the DeFi products it plans to invest in, pointing to its incredible potential.

“Sushi is what DeFi is all about: iterating and innovating, without artificial barriers to competition. We love the approach to new, composable products such as Trident and Bento that give developers frameworks on which to layer on complexity has been quite novel.”

Earlier in the week, Jared Grey was appointed as the new Head Chef for Sushi. Grey donated the $250,000 severance package to the DAO’s treasury to help the ecosystem’s growth.

Interest in Sushi is rising.

GoldenTree’s announcement came when interest in Sushi was rising. Between Oct. 4 and Oct. 6, active addresses on the Sushi protocol increased from 306 to peak at 811, though the figure is now around 700.

🍣 $SUSHI's ascension these past few days has been assisted by #GoldenTree's emergence as bidders. Their announcement caused social volume to spike to 3-month highs. And the #DeFi asset's trading volume and address activity has really climbed since Oct. 3. https://t.co/UIjTKKEUPA pic.twitter.com/4xGCOCNSa9

Sushi is also one of the most-watched crypto assets in the industry presently. According to CoinMarketCap’s watchlist, it is the 18th most searched asset within the last 24 hours.

Meanwhile, the DEX’s trading volume has dropped by 36% to around $16.5 million within the last 24 hours, according to CoinGecko data.