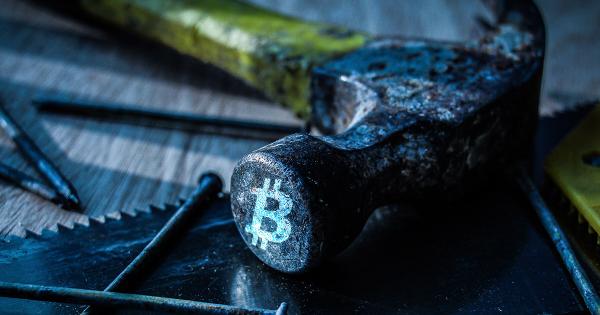 Several technical analysts predicted the Bitcoin price to fall after it rejected $9,200 once again. In lower time frames, a classic “hammer candlestick” was formed as BTC spiked from $8,800 to $9,070 within hours.

The rare hammer close on the 4-hour chart of bitcoin, which does not occur often as it requires rejection of both the local top and the local bottom in a short time frame, may propel it to new local highs.

As emphasized by respected cryptocurrency traders like TraderXO, the Bitcoin price was en route to testing the midpoint of a range it has been in since November 2019.

The hammer close prevented Bitcoin from testing the mid range level at least in the short-term, leaving the possibility for another upside movement open.

“Classic bullish pennant forming on BTC – breakout and $9.4k is in reach.”

If the Bitcoin price rebounds past $9,400 as anticipated by several renowned traders, it would closely replicate the cryptocurrency’s move to $10,600 on October 26, 2019.

At that time, within merely three days, the Bitcoin price surged by around 40 percent. While the recent upsurge of Bitcoin from $6,410 to $9,100 took nearly a month and a half, its momentum was sustained with no major pullback.

A big plunge was avoided, but is it still inevitable?

The hammer close prevented the continuation of a correction to sub-$9,000 levels. But, it does not mean it would trigger another extended rally in the near future.

Bitcoin has increased by 41 percent in the last 41 days. Typically, after a 40 percent rally, the dominant cryptocurrency tends to pullback. The bullish technical structure on lower time frames is likely to sustain the momentum of bitcoin in the short-term. But, on a macro level, the asset is expected to see a sizable correction in the weeks to come.

“Open interest on bitcoin is currently at $943 million. Every time we’ve hit $1 billion we’ve seen a pretty big sell off. Let’s see if this time will be different.”

Another trader emphasized that Bitcoin could see significantly volatile price action in the foreseeable future due to the upcoming CME Group futures close. He said:

“BTC Futures expiration this coming Friday. Bitmex open interest (open positions size) makes new highs every hour. HUGE move coming up. I’d say within 24-48 hours we teleport to somewhere non of you expect. I’m generally bullish on this one but won’t let my guard down.”

Traders overall expect the rapidly rising open interest on major margin trading platforms and futures expiration to have a positive effect on Bitcoin.

These three cryptocurrencies could serve as a hedge against Bitcoin

The cryptocurrency market tends to move in one direction, which is mostly defined by Bitcoin’s price action.

Breaking through the $9,000 mark seems to have pushed Bitcoin’s engagement through the roof.

Technical indicators estimate that Bitcoin may drop below $9,000

Bitcoin is once again testing the $9,000 resistance level.