Technical indicators estimate that Bitcoin may drop below $9,000

Bitcoin is once again testing the $9,000 resistance level. 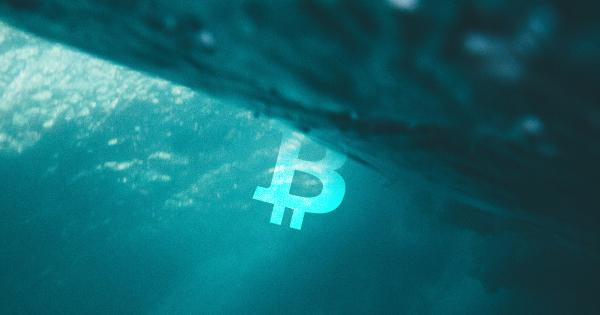 Bitcoin is once again testing the $9,000 resistance level. As the flagship cryptocurrency attempts to break above this significant price hurdle, several technical indicators are turning bearish estimating that a retracement could be underway.

Bitcoin could fail to break above resistance

Over the last three days, Bitcoin surged over 10 percent from a low of $8,300 to a high of $9,150. The bullish impulse was able to take the pioneer cryptocurrency above the 200-day moving average, which is a positive sign. Turning this significant resistance level into support is considered as one of the strongest signals that BTC is about to enter a major bull rally, based on historical data.

Despite the importance of the 200-day moving average, several technical patterns estimate that Bitcoin could be bound for a correction before it finally enters a new uptrend.

A bearish divergence is forming on BTC’s 1-day chart. This technical pattern develops when the price of an asset appears to be reaching higher highs while the Relative Strength Index (RSI) is making lower lows. Although this bearish formation does not provide a precise selling point, it is a sign that the bulls are losing control of the price action.

Additionally, the TD sequential indicator presented sell signal in the form of a green nine candlestick on BTC’s 6-hour chart and it could also show the same pattern on the 4-hour chart. This technical index estimates that a spike in sell orders could trigger a one to four candlesticks correction or the beginning of a new bearish countdown. A red two candlestick trading below a preceding red one candle could confirm the pessimistic scenario.

It is worth noting that an increase in demand for the flagship cryptocurrency could jeopardize the bearish outlook. If Bitcoin is able to close above the recent high of $9,170, then it could continue climbing up to reach the next level of resistance given by the 127.2 percent Fibonacci retracement level. This resistance level sits at $9,800.

Some of the most prominent analysts in the cryptocurrency industry have laid out their bullish perspectives for Bitcoin. According to 45-years trading veteran Peter Brandt, for instance, the flagship cryptocurrency could surge to $21,400. Brandt believes that such a bullish scenario is possible if the upper boundary of a descending parallel channel, the 18-day moving average, and the 3-day trailing stop rule are able to hold. However, if these support levels break, then Brandt expects that a “more serious correction” could take place.

Based on the previous technical analysis, it seems like Bitcoin is about to retest the support levels that Brandt described. The strength of this barrier could determine whether BTC will resume its uptrend or go through a steeper decline.

The cryptocurrency market appears to have started the week on a positive posture as the top cryptos by market cap are already posting significant gains.