Michael Novogratz, the billionaire CEO of Galaxy Digital, said the testing of crypto by Starbucks for its consumer app is a big deal for the asset class. Novogratz said:

“Follow this space. This is a big deal. Crypto acceptance is coming. Bakkt to launch consumer app in first half of 2020; will test product with Starbucks.”

Why potential crypto integration by Starbucks is crucial

Throughout the past three years, the crypto sector has seen significant improvements in many areas such as trading infrastructure and institutional services.

However, some key aspects of the market in the likes of regulatory clarity, consumer adoption, and banking support for cryptocurrency-related startups remain relatively weak.

Up until mid-2018, large retailers, especially in major crypto exchange markets including Japan and South Korea, were planning to integrate cryptocurrencies like bitcoin.

Most of the high profile deals have not been finalized and only a small number of large-scale retailers such as Bic Camera are directly accepting crypto payments.

As Starbucks continues to move towards integrating a system to accept payments in crypto incentivized by its role in Bakkt — a Bitcoin futures market operated by NYSE parent company ICE — as a founding partner, it could single-handedly increase the adoption of crypto by consumers in the U.S. market.

Bakkt’s focus is on the consumer side

This week, Mike Blandina, the Chief Product Officer at Bakkt, reemphasized its focus on the development of its consumer app and its partner Starbucks.

“Over the last year, we’ve assembled a strong team of payments engineers and are nearing completion of our core payments and compliance platform. We’re now focused on the development of the consumer app and merchant portal, as well as testing with our first launch partner, Starbucks, which we expect in the first half of next year.”

The integration of a system that accepts crypto payments by Starbucks could be a catalyst that encourages other retailers to integrate crypto after years of non-action, possibly due to regulatory uncertainty, volatility, and the lack of viable services available in the sector.

Good timing for the integration amidst China interest

The development of the Bakkt-Starbucks partnership comes amidst the call by Chinese President Xi Jinping to speed up blockchain development and integration.

While the motivation behind the Chinese government to abruptly begin to focus on blockchain development remains unclear, it has brought significant attention to the crypto market as portrayed by various pieces of data such as the rising search volume for crypto-related keywords.

“Some fear China would dislike Bitcoin for its destabilizing effects on the yuan in the event of capital flight. I think this is still a concern, and why China is reluctant to allow mass-market fiat exchanges to proliferate. With that said, they appear confident that they have many levers to pull and as a result are willing to take that risk.”

The introduction of a crypto payment option or a cryptocurrency solution by Starbucks on its consumer app as the momentum of the sector as a whole strengthens could establish a positive business sentiment throughout 2020. 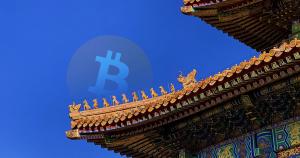 Bakkt is a new company of NYSE-operator InterContinental Exchange (ICE) designed to bring digital assets to the mainstream and help unlock the potential of this important technology. Bakkt is designed to enable consumers and institutions to seamlessly buy, sell, store and spend digital assets. Learn More ➛