Former vice president of payments at Starbucks, Maria Smith, promised that Starbucks would play a “pivotal role in developing practical, trusted and regulated applications for consumers” to pay for coffee with Bitcoin. 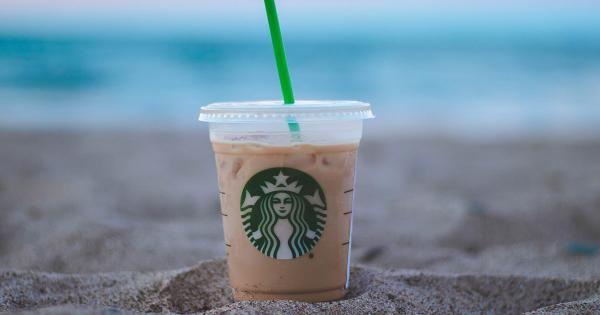 Former vice president of payments at Starbucks, Maria Smith, promised that Starbucks would play a “pivotal role in developing practical, trusted and regulated applications for consumers” to pay for coffee with Bitcoin. However, tax regulations in the United States are still blocking the way to fulfilling that promise.

At current, the Internal Revenue Service (IRS) considers bitcoin and other cryptocurrencies property. For tax purposes, BTC is treated as property, which triggers capital gains every time there is a transaction regardless of the amount transacted. So all bitcoin transactions, whether it be for a luxury yacht, Lamborghini, or even a cup of Starbucks coffee, are taxed as capital assets, like stocks, bonds, and commodities. Consequently, accepting bitcoin can quickly become a recordkeeping nightmare.

And although advocacy groups like Coin Center are pushing for an exemption from this, Starbucks isn’t waiting around for Congress. Their partnership with Bakkt, an NYSE-backed crypto exchange, is evidence of this.

Back in August 2018, Bakkt and Starbucks inked a deal, along with Microsoft and Boston Consulting Group (BCG), that would reportedly allow bitcoin holders to spend their crypto at Starbucks stores. Enthusiasts championed the move as a “massive win for mainstream adoption.”

Developments released now reveal that the coffee chain will indeed be accepting crypto payments via Bakkt’s BTC-USD services. In exchange for a hefty bit of equity in Bakkt, the Seattle-based company will spot trade bitcoin at the time of purchase and will never hold any actual crypto.

Unfortunately, the tax hurdles mentioned above may still prevent the move from gaining significant traction. As the IRS has outlined, each time a capital assets exchange occurs, the market value of the asset needs to be compared with the market value of the asset at the time of taxation. In the case of Bitcoin’s infamous volatility, these two values could be oceans apart.

If the price of a drip coffee at Starbucks costs $1.85, then at the time of press, it would cost roughly 0.00047 BTC. If a customer bought the same coffee in January 2018, however, when bitcoin was trading at nearly $15,000, then the cost of that blonde roast would be approximately 0.000123 BTC. During a tax filing, this information would need to be processed, after which, a taxpayer may actually see a penny’s increase in their tax return.

The opposite is true if the price of bitcoin rises, as many crypto users have recently found out.

“I didn’t know this back then but it looks like I owe income taxes on those trades, which adds up to about $50k if I add up state (California) and federal. But with the crash that happened recently, I added up my altcoins and I only have like $30k worth.”

The cost of a single coffee likely won’t have the same consequences, but it does underline some major flaws in the ways that Bitcoin is taxed in the United States.

Crypto advocacy group Coin Center has been aware of these issues since the IRS announced bitcoin’s tax treatment in 2014. Since then, they have been pushing for a reconsideration too.

Reminder that if Starbucks does accept bitcoin at some point, you will be required to calculate capital gains on every cup of coffee you buy https://t.co/nMZLGJTfc4 We are trying to change that

In January 2017, Peter van Valkenburgh explained that the success of the Internet “owes much of its existence to two laws passed by Congress in the late 1990s: the Communications Decency Act (CDA) and the Digital Millenium Copyright Act (DMCA).”

In the passing of these two laws, it made it easier for citizens and entrepreneurs to build out what the Internet has become today by defining “safe harbors” for experimentation. And if thought leaders are correct in comparing crypto with the Internet, then Valkenburgh is urging regulators to continue to help create similar harbors for Bitcoin.

In another post from CoinCenter, Jerry Brito outlined a possible solution for the issue of taxation and crypto. He writes that though capital gains taxes, like those applied to bitcoin, are much lower than traditional income taxes, they are incredibly cumbersome when making small purchases for something like a cup of coffee.

Brito proposes an exemption to the current tax standing which would treat cryptocurrencies more like foreign currencies than property. While not the best option as “you’d lose the favorable capital gains treatment for transactions over $200 because foreign currency gains would generally be taxed as ordinary income,” it would have the derivative effect of putting pressure on foreign governments to recognize bitcoin as a legal tender.

On top of this, forex transactions, as long as they’re less than $200, do not need to be reported to the IRS. In the context of the recent Starbucks news, this seems like an ideal situation to encourage day-to-day crypto transactions.

As exciting as on-boarding a big brand like Starbucks to the industry may be, it will have little actual importance until members of Congress develop nuanced tax adjustments. Such changes would likely spark a much broader improvement to the sector including tapping into crypto-based micropayments and subscription models. For now, Bakkt is merely capitalizing on a well-timed press release.