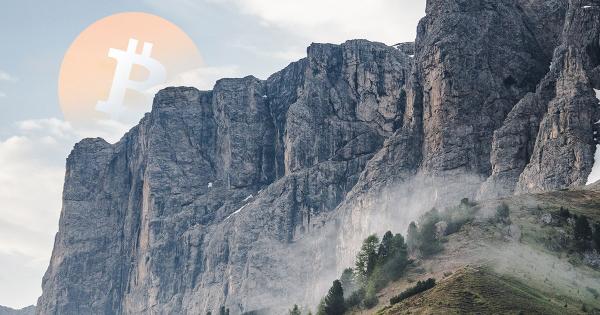 Bitcoin surged over 40 percent in the last few days after Chinese President Xi Jinping said that his administration would embrace blockchain technology. Now, BTC is at a pivotal point that could lead to new yearly highs or a correction to $9,000 or lower.

BTC is currently trading at the top of the channel after a strong bounce off the bottom. At the current price level, Bitcoin could either break out of the descending parallel channel or pull back once again to continue consolidating within it.

A spike in volume could lead to a breakout, which will validate a major bull flag that is developing on BTC’s 3-day chart. This is considered a continuation pattern that formed after an upward movement that took Bitcoin to nearly $14,000, known as the flagpole, and was succeeded by the current consolidation period, known as the flag, which could result in a breakout on the same direction of the previous trend.

Upon the breakout point, the bull flag predicts a 70 percent target to the upside. This is determined by measuring the height of the flagpole, which could take BTC to hit $16,500.

Nonetheless, Bitcoin is facing a major resistance cluster on its 1-day chart given by the 100 and 150-day moving average. If the price of this cryptocurrency is rejected by these moving averages, then a pullback to the 200-day moving average ($9,000) is extremely likely. This could imply that BTC will continue consolidating within the descending parallel channel.

At the moment, it seems like a move to $9,000 could actually be beneficial for Bitcoin’s bullish trend. This downward movement would fill a price gap that is currently open on the CME Group Bitcoin futures contracts chart.

Price gaps symbolize imbalances created in the market and, at their most basic form, represent a large mismatch between the number of buy and sell orders that have been filled. These usually occur on speculative assets across a variety of markets when there is high volatility after trading hours are closed.

The CME Group Bitcoin futures contracts are open from Sunday to Friday from 5:00 PM until 4:00 PM Central Time with a daily 60-minute break at 4:00 PM. During the most recent rally that saw Bitcoin rise more than 40 percent, a gap was left behind while CME’s trading hours were closed.

The crypto community appears to have turned bullish after the recent price action that took Bitcoin to a high of $10,480 on Oct. 26. Yet, the previous technical analysis tells that there is still an obstacle in sight. BTC must close above $9,850 for it to resume its bullish trend, but failing to do so could send it back below $9,000.

Even though a downward movement could prolong the bullish outlook, it could allow BTC to fill a price gap that can be seen on the CME Group Bitcoin futures contracts chart.