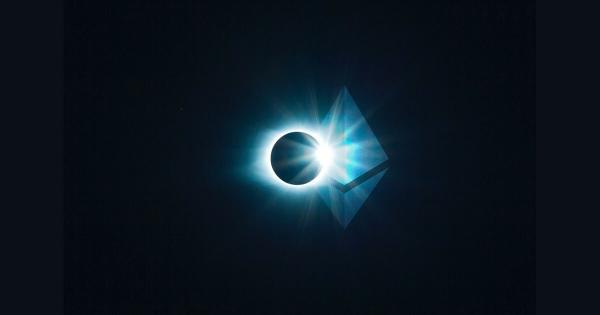 The upcoming release of Ethereum’s second iteration, ETH 2.0, has been highly contested, but one data analyst believes it could be the driving force behind the largest economic growth in society. Adam Cochran, a professor of information science at Conestoga College, said that Ethereum’s economic policy will result in a reduced supply and a drastically increased demand due to the attractive incentives from staking.

Staking rewards will onboard large institutions, lead to retail FOMO

According to Cochran, the Phase 0 of Ethereum’s second iteration will be what gets the upcoming economic shift going. In a lengthy Twitter thread, the information science professor and former marketing executive at Dogecoin laid out some of the things that will happen once the Ethereum network becomes a proof-of-stake one.

Firstly, the 3-5 percent yearly returns on staking will make Ethereum attractive to large investors, as they usually look for stable returns in that range. In order to push down staking rewards to that range, between 10 and 30 million ETH would need to be locked into ETH 2.0 validators, which represents 10 to 30 percent of the coin’s total circulating supply.

Locking up that much of the circulating supply creates a supply shock, Cochran explained, saying that the scarcity will create a price spike.

The price spike will push those same investors into buying more ETH in order to stake more of it, which would, in turn, create a ripple effect causing a general market upturn. The FOMO among retail investors will reach its peak and begin buying heavily into ETH to make sure they don’t “miss out,” Cochran said,

But, unlike the bull run in 2017, this one will happen much faster as there are more fiat on-ramps available and hundreds of millions of verified users on major exchanges such as Coinbase and Binance.

While the surge in retail investors will push ETH’s price up, its effects won’t be as short-lived as in previous bull markets.

Besides staking, Ethereum 2.0 will bring about scalability, allowing dApps built on the network to handle more users and increase their consumer viability. With more applications available, the network is set to see a significant uptick in users. Cochran said that the result of this was simple—the more actual demand there is to use the system then the more the price goes up, because there is a real underlying value being created for the user.

Once the price of ETH goes up, whales will begin buying more ETH in order to put more money back into staking. However, this can’t go on forever, as more nodes in the network cause the overall payout to everyone to be lower. So, in order to continue earning at the same rate as before, whales would not only have to buy more ETH, but also stake more of the ETH they buy.

“This, in turn, creates scarcity, increasing the price, which in turn results in more whales buying to stake”

This is the situation where Ethereum’s complex monetary policy comes into place. It dictates that ethers can’t be staked in fractions, but rather in allotments of 32. That means that the minimum amount that can be staked is 32 ETH. Cochran noted that a whale with 20 ETH looking to stake his holdings would need to round it up to 32 ETH, buying 12 coins more either with fiat or other cryptocurrencies.

“This is one of the most effective components of ETH’s new layout, as whales will pour new money into the market to continue to round-up their stakable amounts of ETH.”

And finally, one of the least thought-about parts of Ethereum 2.0 are the changes in gas fees on the network. EIP-1559, an improvement proposal made in 2018 by Vitalik Buterin, will be what ultimately “seals the deal” when it comes to the growth of value on Ethereum, Cochran said.

Implementing the proposal means that all of the transaction fees (or gas fees, as they’re called on the network) will be burned, with miners profiting only from the “tips” users choose to pay alongside a base fee set by the network.

Cochran said that early estimates show that burning of the base fees could result in around 10,000 ETH lost from the supply, but that number is expected to increase significantly as the number of users on the network grows.

As the percentage of the supply lost to the base rate burning scales with usage, Cochran expects that the number of ETH burned each year will exceed the number of new ETH issued and lower the overall supply. Cochran wrote:

“Many of you probably knew that the economic design between ETH2.0 was pretty smart; but, you likely hadn’t considered just how smart it was.”

However, it’s worth noting that Ethereum 2.0 could take years to develop in full. Last year, the project found itself on the receiving end of a lot of criticism from its own community, who accused Buterin and the rest of its creators of lying.

In October 2019, even Buterin himself said that Ethreum’s layer two solutions are proceeding “slower than expected.” Ethereum Foundation developer Jamie Pitts said that he was concerned about the project, as he felt that there was a lack of strategy and coordination between the teams working on ETH 2.0.

Without a launch date in sight, serious scaling issues to overcome, and no clear road-map for transitioning tokens and smart contracts, Ethereum 2.0 will be in for a tough road ahead. The promises of a huge economic shift and an incredibly bullish community, however, seem to be keeping spirits high.