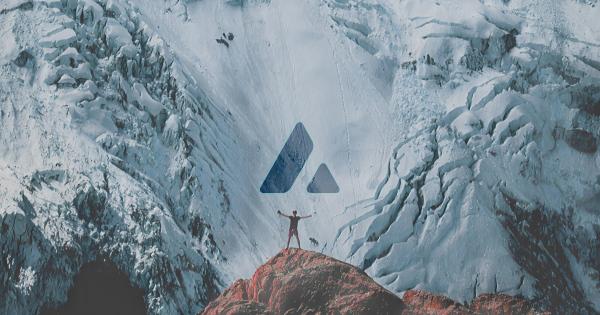 Photo by Will Turner on Unsplash

Some cryptocurrencies have been largely unfazed by this drop, though.

One such coin is Avalanche (AVAX). The cryptocurrency has gained 130 percent in the past seven days per CryptoSlate data and is one of the top-performing crypto assets of the past 24 hours.

While the cryptocurrency is outpacing many other digital assets, not many may know what Avalanche is.

Avalanche is a decentralized application network that operates similarly to Polkadot. The technology allows developers to deploy blockchains that fit certain needs and that can interoperate with other blockchains to create a comprehensive ecosystem.

Ava Labs, which is the main developer behind the protocol, is backed by Andreessen Horowitz (a16z), Initialized Capital, Polychain Capital, amongst other investment firms.

The project was founded in part by Emin Gun Sirer, an on-leave Cornell University professor that has long followed Bitcoin and the rest of the crypto-asset space.

AVAX is the network’s native token. AVAX is used to pay for transactions on the Avalanche network. It has a hard-cap and is a scarce asset as it is burned when used.

AVAX may be benefiting from the ongoing Ethereum network congestion, which has disallowed many users from using the network. In fact, billionaire investor Mark Cuban said today that he thinks Aave and other DeFi platforms are hard to use due to the high gas fees.

Coins of Ethereum alternatives and scaling networks, such as Polkadot (DOT) and Loopring (LRC), have surged over the past week alongside AVAX, discounting the crypto market correction.

While Avalanche is a multi-purpose blockchain, it appears that decentralized finance is and will be a focus for developers.

This announcement was shared by the Avalanche team and Emin Gun Sirer.

Other projects that are launching DeFi-focused applications on Avalanche include Reef Finance, which is a liquidity aggregator protocol and a DeFi investment platform.

Avalanche, the highly-scalable, open-source platform for launching decentralized finance (DeFi) applications, has begun the final phase of testing of a bridge to connect its ecosystem to Ethereum, it said in a release shared with CryptoSlate.