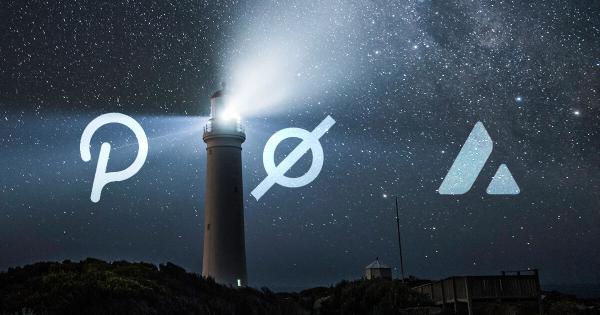 Polkadot, Cosmos, and Avalanche have all been created to solve the same set of problems—the low latency and scalability issues plaguing Ethereum. However, each of the blockchains took on a different approach to improving Ethereum. We explore the subtle differences between them and the ways each of them will complement the network they set out to improve.

Scaling blockchain technology has become one of the most pressing issues the industry faces today. The rapid rise the crypto industry has seen in the past several years, both in terms of market cap and number of users, has been unprecedented in its history and has pushed some of its core problems to the surface rather aggressively.

The fact that scaling is such a massive problem across the board doesn’t mean that there aren’t any viable solutions to it—there are numerous Layer 2 solutions being developed, all utilizing different technologies and ideas to create more efficient networks.

A major problem is implementing these solutions—introducing even the slightest changes to a network as big as Ethereum is a slow and tedious process, often requiring a consensus between hundreds, if not thousands of network participants. And while Ethereum 2.0, the network’s second, proof-of-stake iteration, is almost done, there is little faith that these solutions alone will be able to give the market a truly decentralized and efficient network.

It was this lack of faith that led to the creation of multiple-chain networks, all of which set out to solve Ethereum’s lack of scalability. There are dozens of networks like these currently on the market, but few have managed to get the traction and recognition Polkadot, Cosmos, and Avalanche have.

With all of these multiple-chain networks currently in development, it’s impossible to pick a clear winner or predict which one will turn into a go-to scaling solution for the majority of the market. It is possible, however, to dig a little deeper and analyze the basic principles behind each one in a bid to help the market better understand them.

To solve the problem of Ethereum’s lack of scalability, Polkadot adopted a sharding model with multiple chains. This is mostly due to the fact that Polkadot’s consensus protocol can’t scale to multiple nodes on a single chain. However, running multiple chains requires multiple “coordinators” that ensure smooth operating that facilitates transactions.

Polkadot solved the problem of coordinators by establishing two different types of chains—the relay chain and parachains. The relay chain is the primary chain of the network, but it only supports transfers of DOT, the network’s native cryptocurrency, and a handful of other operational transactions such as slashing. The relay chain doesn’t support smart contracts, which is where parachains come in.

Essentially more similar to Polkadot than Ethereum, Cosmos is a network of blockchains that support the development of decentralized applications.

Just like Polkadot, the network is divided into two different types of blockchains—the hub and the zones. The hub is the main Cosmos chain where all of the network’s validators are, while the zones are all other chains added to the hub that utilize the Cosmos SDK framework. However, unlike Polkadot, where node operators need to be validators on the relay chain in order to validate on any of the parachains, Cosmos validators are independent.

The zones can interact with each other by using Cosmos’ Inter-Blockchain Communication (IBC) protocol, which is set to go live sometime this year. The hub has no control over the zones, which means that there is no guarantee that any of the zones that stem from it are secure. The level of security seen in any of the zones never affects the overall security of the hub, which means that the network’s users take on all the risks of interacting with the zones.

This kind of approach enables Cosmos to be a low latency network. However, the approach also carries a set of disadvantages, the most important one being that becoming a validator is rather expensive. The blockchain also doesn’t support smart contracts and doesn’t use token locking as a security measure.

Just like its two competitors, Avalanche is a network of many networks. All of the networks on Avalanche are called subnets, short for “subnetworks,” but differ slightly in the functionality they offer. According to Kevin Sekniqi, the co-founder of Avalanche, the blockchain’s main network called the primary subnet is a proper, bonafide chain that looks a lot like Ethereum. It has most of the functionalities seen on Ethereum, such as smart contracts and transfers, and is the most secure subnet on Avalanche. With 700 validators, it stands way ahead of other subnets in terms of decentralization.

However, cross-subnet communication isn’t live on Avalanche yet, and the network is yet to see major traction both among users and developers.