United States President Donald Trump’s dislike for Bitcoin and other cryptocurrencies is well-documented, and unlike China or South Korea, the President has no immediate plans of introducing digital currency framework or legislation despite the latter increasingly emerging as a hedge. 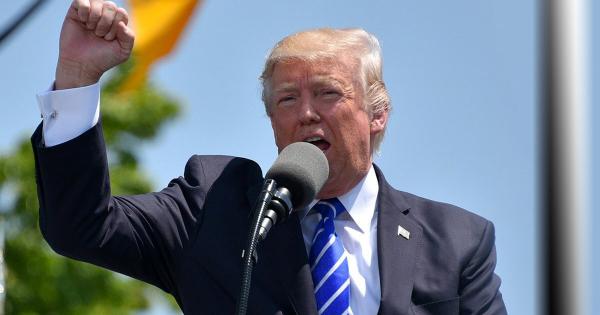 U.S. President Donald Trump’s dislike for Bitcoin and other cryptocurrencies is well-documented, and unlike China or South Korea, the President has no immediate plans of introducing digital currency framework or legislation despite the latter increasingly emerging as a hedge.

But Trump’s stance on Bitcoin is more than a passing dislike. An upcoming book by John Bolton, ex-Trump administration and former U.S. ambassador to the United Nation, revealed the President wanted to “go after” Bitcoin; even clamping down on all U.S. firms working in the regard.

Tasked with the clampdown was Treasury Secretary Steven Mnuchin, who was allegedly asked by Trump to check the trading, investing, and transactions of Bitcoin, and other cryptocurrencies by extension.

Called “The Room Where it Happened,” Bolton’s book speaks of his time in the Trump administration. Chapters describe various faucets of economical and political action discussed in and implemented by the White House.

Bolton claims the Bitcoin conversation between Mnuchin and Trump happened in 2018, with the latter asking to not “be a trade negotiator” and to “go after Bitcoin for fraud.”

Needless to say, the Trump administration has thus far not taken any action on Bitcoin trading in the U.S., save extensive KYC procedures in place and legal action against citizens found investing in ICOs.

In contrary in early-2020, the U.S. government released new guidelines for cryptocurrency projects and investing; building on 2019’s judgment of considering Bitcoin and Ethereum as commodity products similar to sugar and rice.

Justifying his stance, Mnuchin spoke about Bitcoin in February:

Despite the insights, Bolton’s book may never see the light of the day. Last week, the Department of Justice filed a lawsuit against him and stopped the book’s June 23 release — citing the inclusion of “classified material” as a concern.

While Trump wanted to lockdown on cryptocurrency trading; data and reports this year show institutions and accredited investors have largely considered Bitcoin as a hedge against a bleak global outlook.

Bond yields are about to sound the fire alarm for The Insolvency phase and the end of The Hope phase. Bond yields are the truth. Keep an eye on this… pic.twitter.com/LuQKVZgwPP

However, Powell’s easing efforts have saved the U.S. stock markets, at least for now. The actions were most likely to prevent a repeat of the financial crisis in 2008, which saw huge panic and world economy depressions at the time.

But some have already moved into Bitcoin. Grayscale, a crypto-centric investment firm that offers Bitcoin- and Ether-backed instruments for investors, said over 88 percent of all its investors in 2020 were institutional funds.

Grayscale’s products are trading at a massive premium. As CryptoSlate reported earlier, the firm’s ETHE offering — with each share backing just 0.1 ETH — traded at a 750 percent premium earlier this month. Simply put, investors were paying 7x the current ETH market value just to gain some exposure to the world’s second-largest blockchain token.

Fidelity Investments, the $2.46 trillion asset managing mammoth, said in May that over 30 percent of all U.S. firms had already invested in large-cap cryptocurrencies, with a majority now considering the same.

Bitcoin has largely traded between $9,200-$9,800 since April, shedding its volatile status. The price action has not gone unnoticed, with Ethereum co-founder Vitalik Buterin even tweeting in the regard: