U.S. is falling behind in crypto exchange volume: is regulation to blame? Priyanka Saxena · 4 years ago · 2 min read
This article is more than 2 years old...
News › U.S.› Exchanges 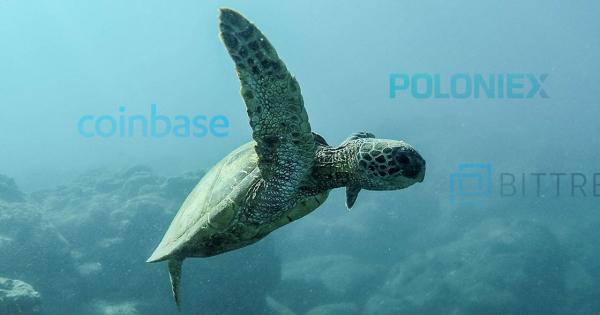 Despite being home to the NYSE and NASDAQ, which comfortably lead the rest of the planet in terms of exchange volumes, the U.S. has conceded its initial crypto exchange leadership position to Asia.

While U.S. exchanges—such as Poloniex—once recorded the highest volumes, a new breed of hard-driving Asian exchanges—such as Binance and Huobi—now lead the pack, with Binance solely responsible for more than half of all crypto exchange volumes.

Several governments have introduced regulations to control the spread and use of ‘strange’ digital currencies which are not centralized or controlled by a particular body. With some of these regulations being stricter in some countries than others, is the United States losing crypto exchange volume due to strict regulations, or are other factors at play?

Despite being a relatively crypto-friendly jurisdiction, the United States is by no means a laissez-faire regulatory area for crypto exchanges, with several regulators involved at different levels of crypto regulation and enforcement—including the SEC, CFTC and IRS.

This has spooked several crypto exchanges and moved them to focus their business expansion efforts outside the U.S.

Binance founder Changpeng Zhao, for example, stated last year that Binance was not looking at drawing large user numbers from the U.S. anytime soon, adding that U.S.-based exchanges Gemini and Coinbase could figure that out.

A school of thought led by Blocktown Capital Managing Director, James Todaro, believes that this is indicative of a macro effect on crypto innovation by American regulations.

For those who disagree the US is falling behind in crypto bc of regulations, think about this:

The US-based NYSE & NASDAQ are the world’s largest exchanges.

The US lost this dominance in crypto. pic.twitter.com/Hi7r2MOCmX

In 2017,  the IRS won a case against Coinbase, mandating it to disclose user information of traders who exchanged above $20,000 between 2013 and 2015. Like most exchanges today, Coinbase records significantly lower volumes than in 2017.

Poloniex, one of the oldest U.S.-based crypto exchanges, announced last year that it will be cutting some of its operations in order to be in compliance with U.S. regulations. An announcement posted on the official Circle blog said in part:

“By the end of the year, we’re taking steps to remove our margin and lending products for U.S.-based customers. These changes are part of our ongoing commitment to ensure that Poloniex complies with regulatory requirements in every jurisdiction.”

It should be stressed, however, that correlation does not denote causation. Moreover, the idea that the U.S. regulations are stifling crypto adoption is not a consensus view. Others, like Energi Crypto creator Tommy World Power, believe that American volumes are falling because American exchanges are significantly less competitive and more risk-averse than their Asian counterparts.

Poloniex flipped w/ Binance ~fall 2017. One was afraid of growth, the other was hungry. https://t.co/vDKhK4byEp

According to this school of thought, the spectacular reversal of fortunes between Poloniex and Binance took place because the American exchange was unable and/or unwilling to commit to an aggressive growth strategy. In other words, the argument that regulations are responsible for receding U.S. crypto exchange volumes is nothing more than a cop-out offered by a complacent and uncompetitive field.

Regardless of who is right between both arguments, the fact remains that U.S. crypto exchange volumes are now much smaller than their Asian counterparts, and the term trend does not look like it will be reversing itself anytime soon.