Blockchain-based gaming has long been one of the most popular and natural expressions of the continually-expanding decentralized economy. 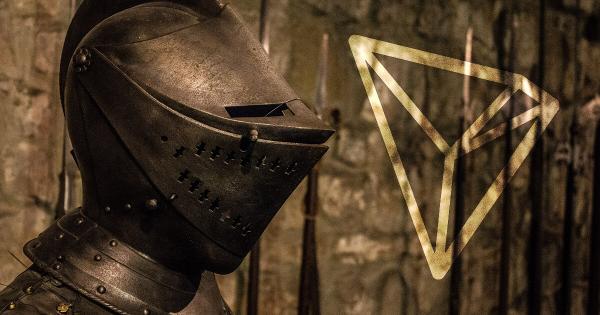 Blockchain-based gaming has long been one of the most popular and natural expressions of the continually-expanding decentralized economy. Not only do these platforms democratize access to powerful gaming technology, but the built-in cryptocurrency economy operates as a built-in exchange methodology that makes for a uniquely dynamic experience.

At the same time, the decentralized gaming ecosystem is still very much being sorted out; however, it gained some clarity this month when the blockchain-based operating system, TRON, announced that it was partnering with Biscuit Labs to develop and distribute the next iteration of blockchain games.

TRON will provide strategic financing to the Biscuit Labs’ gaming studio with the goal of accelerating adoption for its popular gaming options.

The lab’s most popular game, Knight Story, is one of the most popular blockchain-based games ever. Now, the new mission is obvious: attract as many new users as possible to the decentralized gaming economy.

At peak popularity, Knight Story approach $20,000 in daily revenue, and TRON’s partnership with Biscuit Labs will begin with the release of an updated version of the game on TRON’s blockchain.

The first version of Knight Version was hosted on EOS, but the company is leaving the blockchain platform in favor of the additional technological capabilities provided by TRON’s network.

The new iteration, scheduled for release in December 2019, will use rely on TRON’s high throughput to provide a new, more capable version of the game, which will be available on most iOS and Android devices.

TRON recently announced its integration with Opera, a web browser with 350 million users. Their partnership directly integrates TRON’s wallet into the Opera browser while making the platform’s DApp ecosystem available to Opera users. Therefore, when Knight Story launches on TRON, it will be accessible by hundreds of millions of potential new users.

“We are very excited to partner with TRON and we’re eager to see Knight Story thrive on the TRON network. This collaboration will help us to realize Biscuit’s mission and continue to innovate games using blockchain technology.”

To support its goal of hastening blockchain adoption, TRON intends to heavily promote the latest iteration of Knight Story through its other prominent affiliations, including BitTorrent and Opera.

To be sure, the partnership is anything but one-sided. TRON is competing with other blockchains like EOS and Ethereum both in popularity and capability, and decentralized gaming can be a big draw.

“There has never been a decentralized game of this scale before. Biscuit’s successful rollout of blockchain gaming for mainstream audiences marks a turning point for the space. I want to thank Biscuit for their hard work and passion for blockchain. Together, we will create a blockchain for everyone.”

This goal of creating a blockchain for everyone includes many dynamics, but blockchain-based gaming is poised to be a prominent move. TRON’s support for Biscuit will undoubtedly position the company to capitalize on its past success while helping build the gaming ecosystem of the future.