Op-Ed: Could DCG be the catalyst for max pain in the crypto markets? Liam 'Akiba' Wright · 1 week ago · 6 min read
News › Bitcoin › Opinion 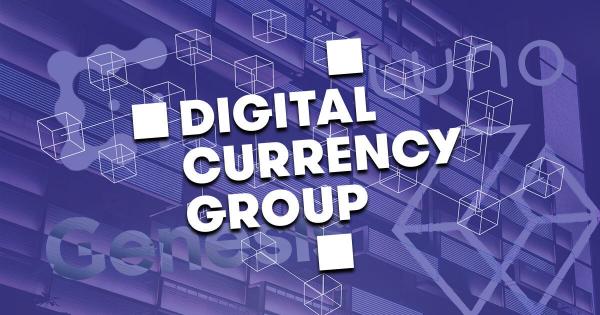 UPDATE 10 PM GMT Nov. 21: Following a conversation with the BitGo team, the article was updated to remove BitGo from the list of companies making up the DCG portfolio. BitGo told CryptoSlate,

“DCG is a very small minority shareholder from an investment in 2014. They own stakes in many early crypto companies of that era, but have no impact on governance, operations, or stability of BitGo”

UPDATE 8PM GMT Nov. 23: Brave was also removed from the list of DCG’s portfolio companies after the project reached out to CryptoSlate to clarify that “DCG was one of several investors who joined Brave’s 2016 seed round, and their minority investment does not impact Brave’s current business.”

Following the recent collapse of FTX, the fallout spread to Genesis, which had already been bailed out by parent company Digital Currency Group (DCG) earlier this year following the failure of Three Arrows Capital.

There are growing concerns over the possibility of the contagion spreading to Grayscale Bitcoin Trust and Digital Currency Group but are these fears valid?

According to Nathaniel Whittemore, speaking on the CoinDesk podcast, The Breakdown, DCG is a $1.2 billion creditor of Three Arrows Capital. For the sake of transparency, CoinDesk is owned by DCG.

Genesis recently announced that it would be suspended withdrawals for its Genesis Earn program. Further, news then began to circulate that the company may be in debt to the tune of $1 billion. According to a Wall Street Journal article, the company sought a $1 billion loan following the collapse of FTX, but no deal was made.

Adam Cochran, a partner at VC firm Cinneamhain Ventures, broke down DCG’s assets to assess whether a potential $1 billion hole in its balance sheet was likely to cause further pain in the crypto markets.

Specifically, DCG-owned companies could be at risk of further contagion with their portfolio, including USDC issuer, Circle, crypto news organization, CoinDesk, and many other core crypto projects that form the heartbeat of the industry.

Should DCG continue to struggle, the impact on the entire industry could be catastrophic. Andrew Parish, Co-Founder of ArchPublic, claimed on November 20 that there had been “zero takers” for Genesis’ request for finance, including rejections from the significant crypto-focused VC firms.

**and there are no crypto-centric funds with any meaningful appetite, much less the liquidity of scale

Parish posted an update some hours later alleging that B2C2 “might” be open to a “very small” investment to cover part of Genesis’s lending book.

A collapse of Genesis could be much more impactful on the entire crypto industry than FTX. Genesis is a critical part of the institutional infrastructure currently in place within the crypto industry. The company was the first OTC Bitcoin trading desk created in 2013. In 2020, then-CEO Michael Moro claimed that Genesis was on track to become “on par with the world’s top financial institutions.”

Cochran outlined the baseline of DCG’s “empire,” coming to a figure of around $38 billion in assets under management as of 2021.

This can give us a ballpark of each of the components in the empire by worth. pic.twitter.com/G5V1fIe5WD

Further, Cochran estimated the following ball-park breakdown of DCG holdings across its portfolio based on certain assumptions of its prior investments.

It is important to note that as of October 2022, Genesis was no longer a participant in the Grayscale Bitcoin Trust but “will continue to serve as a liquidity provider for Grayscale.”

However, on November 16, Grayscale distanced itself further from Genesis as it announced its assets were now held with Coinbase and that Genesis “is not a counterparty or service provider for any Grayscale product.”

The statement, however, contradicts a previous statement from October 3 when Grayscale CEO Michael Sonnenshein told CoinDesk that Genesis was its “sole liquidity provider” and it saw no need to diversify.

“Today, Genesis remains our sole liquidity provider and we’ve had nothing but a positive relationship with them, going back to 2013, so I can’t see a need to expand.”

Sonnenshein expanded by commenting that “Genesis will still handle buying the cryptocurrencies underlying Grayscale’s trusts.” There have been no further announcements on Grayscale’s  official news channel regarding the removal of Genesis from this position.

Grayscale defines its need for “liquidity providers” as a way to ensure “investments are fulfilled.”

“Working with a liquidity provider like Genesis enables us to tap into various digital asset or protocol markets to ensure that investments are fulfilled in a timely manner. “

Still, confusingly, a statement released by Grayscale on November 18 reinforced Grayscale’s lack of exposure to Genesis some 56 days later.

“No other entity, including DCG, Genesis, nor any other Grayscale affiliate, has any control over the digital assets underlying the Grayscale products.”

Given that less than two months previously, Genesis had been confirmed as a liquidity provider tasked with “buying the cryptocurrencies underlying Grayscale’s trusts,” it is difficult to ascertain the exact exposure to Genesis and DCG at this time.

Genesis appears to have had a bullish outlook on the future of Bitcoin’s price discovery over recent times as strategists at the firm failed to call Bitcoin’s top. In November 2021, a strategist at Genesis claimed that the small drawdown in Bitcoin’s price from $69,000 to $55,000 was simply a “natural breather.” Since the statement, Bitcoin has fallen another 70% to trade below $17,000.

Currently, the Grayscale Bitcoin Trust is trading at a 43% discount to its net asset value (NAV), meaning that Bitcoins held under the trust are presently valued at around $9,300.

The collapse of DCG assets

Cochran then assessed the potential real-world value of each part of DCG’s portfolio, looking at the available liquidity within each investment. Cochran made several guesses in establishing valuations for each element, so any numbers should be considered hypothetical using publicly available information and his own professional insights.

However, Cochran concluded that to raise $1 billion, DCG would likely have to sell equity, venture, liquid crypto assets, or one of its flagship brands.

And hope they get good values for it all.

Former Goldman Sachs trader, Patrick Feeney, supported the assertion that Grayscale and, subsequently, DCG is in trouble. Feeney claims to have avoided the FTX collapse by assessing the body language of Sam Bankman-Fried as well as escaping “MtGox, BTC-e, Cryptsy, Cryptopia.”

Feeney argued that DCG and Grayscale are in a “tough spot” with a lack of liquidity and “outsized loaning issues.”

this is a tough spot. It means not liquid enough, hence too big on the loaning issues, and nonhedging mechanisms and poor assumptions of risk. Amaranth did same. Only, unlike here, Amaranth WAS the mkt in Nat Gas by Fall of 2007, levered 10x on $4bln, it took 3 wks to blow up 4/n

Cochran concluded that DCG might need to rely on someone “overpaying” for a portion of its GBTC or Genesis holdings to avoid further problems.

Maybe they get lucky on someone overpaying for something, or they manage to sell a portion of Grayscale or Genesis to some big player like Fidelity.

But, there is a chance they have to scuttle everything else to save the golden goose here.

Arthur Hayes contributed to the discussion by sharing a Medium article by DataFinnovation. The summary of the article stated that

“It looks like DCG and 3AC were engaged in some kind of scheme to extract value from the GBTC premium.”

The article broke down publicly available data to assert that Genesis, DCG, Grayscale, and 3AC created a circular infrastructure to borrow and lend BTC to make GBTC shares and “squeeze money from the GBTC premium.”

Given that both Grayscale and Genesis are registered with the SEC, DataFinnovation argued that “it is not going to be hard for the regulators to figure this out.” While some of what is discussed in the above analysis could be considered speculation, DataFinnovation makes a salient point. With the invested parties subject to apparent regulatory oversight, the truth is likely to come out. The question is, what impact will it have on the global crypto markets?

Crypto bear markets are notoriously tough. For example, in 2018, the global market cap of the industry fell from $828 billion in January 2018 to a low of just $100 billion by September 2018. The downturned marked an 87% drawdown in the total market cap.

On November 9, 2021, the total market cap of the crypto industry reached $2.8 trillion. However, the market cap is down 70% to $831 billion as of press time. Therefore, the 2018 bear market bottom was 17% lower than today. An equivalent capitulation to the 2018 collapse would bring the current global market cap to just $350 billion.

Should DCG, Grayscale, or Genesis end up facing insurmountable financial distress, a new catalyst for the market to test the 2018 bottoms could be entering the arena. 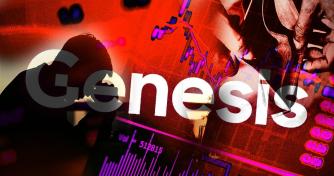 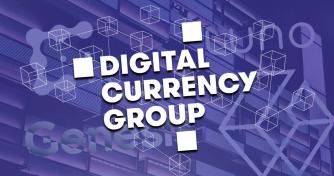 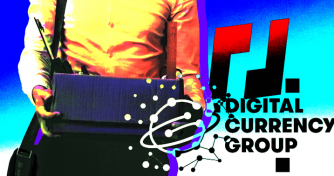 CoinDesk was founded by Shakil Khan as an integrated platform for media, events, data & indices for the next generation of investing and the future of money. Learn More