While the latest correction looks worrying to many, analysts believe there's no bear market yet. 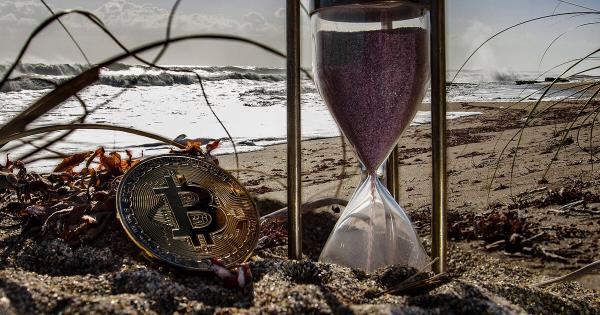 Bitcoin’s latest sideways movement caused a stir in the crypto market, with traders pointing fingers to a variety of different factors as the main catalysts for the slump.

However, digging a little deeper shows that most of the usual suspects had little chance of causing BTC’s drop to $55,000. Instead, analysts believe that the world’s largest cryptocurrency is just taking a breather.

Bitcoin could just be gearing up for a new jump

After a dizzying climb to its all-time high of $69,000, Bitcoin experienced an equally sharp correction back to $55,000. The massive slump caused a stir in the crypto market, dragging almost every chart into the red and initiating billions of dollars in liquidations.

When the world’s largest cryptocurrency loses its foothold so aggressively, it’s only natural that the public begins searching for the factors that might have caused its slump. While there hasn’t been a consensus on who or what’s to blame, most fingers were pointed to supply overhand and the SEC’s latest rejection of yet another Bitcoin ETF.

Noelle Acheson, the head of market insights at Genesis Trading, believes that this isn’t the case.

“All factors cited are either old news, extremely remote risks, or both,” she told CryptoSlate.

Acheson said that a big concern was that the finalization of Mt. Gox claims could lead to a disbursement of the BTC held by its trustee. Many believe tens of thousands of bitcoins held by the failed exchange’s trustee could enter the market and further decimate its price. However, Acheson said that with the timing of the claims not yet clear, most of the risk associated with Mt. Gox has most likely already been priced in.

Another factor often cited is the newly passed Infrastructure Bill in the U.S. The law’s crypto provisions caused discomfort in the market, but Acheson said that the crypto lobby and politicians aligned with the industry will most likely be able to change most of the controversial wording.

With no real reason for the market to be trading sideways to slightly down, she believes that Bitcoin’s slump is a natural breather. Corrections like the one we saw last week are a frequent occurrence in a bull cycle and aren’t indicative of an upcoming bear market.

Instead, all evidence points to upcoming growth.

We also have the macro situation, with further evidence that BTC behaves more like a risk asset than an inflation hedge coming in the form of a sharp spike when the news broke that Biden had decided to renominate Jerome Powell – gold, in contrast, dropped.”

If real interest rates remain low or negative in the short term, risk assets such as Bitcoin could see further growth as investors look to hedge inflation.

Study shows Bitcoin delivered 99.996% deflation against the U.S. dollar over past decade