NEO has announced that it is looking to decentralize the nodes on its network. 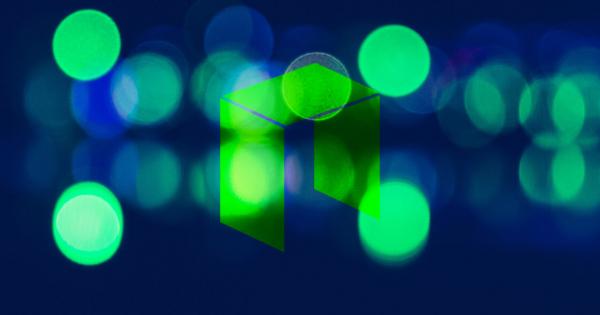 NEO has announced that it is looking to decentralize the nodes on its network. NEO Foundation, which currently runs five of the seven nodes on its system, is opening the process to applicants who wish to run one of these nodes.

NEO is a smart contract blockchain platform and cryptocurrency that is designed to “build a scalable network of decentralized applications” using widely available programming languages. The Chinese-based platform is described as a major competitor to Ethereum.

In a press release sent to CryptoSlate on Dec. 5th, NEO Global Development (NGD) announced plans to decentralize its network through a “selection process,” encouraging third-party organizations to participate in the consensus mechanism for NEO.

According to Peter Lin, Director of Research and Development at NGD:

“NEO is embarking on its next phase, which will see far more public involvement in efforts of greater decentralization.”

Much like other blockchains, consensus nodes validate blocks on the NEO network. Each node takes turns adding new blocks of transactions and information, maintaining the integrity of the blockchain ledger. Additionally, these nodes also enforce protocol decisions and implement updates to the networks, as well as setting standards such as network transaction fees.

At the moment, five of the seven nodes are managed by the NEO Foundation. The remaining two are run by the Dutch telecom company KPN, and the NEO-focused development company City of Zion.

In 2019, NEO stated that they are replacing four of its five consensus nodes with applicants who have “passed a screening process” and have completed a six month trial on the NEO test network.

The company states that by the “end of 2019, it is possible that each consensus node… will be operated by a separate organization.” In a blog post, NEO states that it will “select candidates based on their qualifications and potential contributions to the NEO ecosystem.”

According to that same blog post, the NEO Foundation intends to expand the number of decentralized nodes, at their discretion:

Ultimately, the organization asserts that it is committed to becoming more “decentralized and open”:

There will be a “growing number of NEO token holders seeking to function as consensus nodes,” and that participation “plays a vital role… in the governance of NEO,” as stated in the press release.

For those interested in applying, see the official resource: How to Become a NEO Consensus Node.

The decentralization process detailed above is important to the health of the NEO network, as the past network downtime has been an issue for the NEO blockchain.

In one often-cited incident, NEO’s blockchain experienced an “outage” for two hours because of one of the seven nodes going offline. NEO described it as an unexpected “edge case.” One software engineer, Eric Wall, lambasted the organization on the matter over Twitter, garnering notice from industry figureheads such as Charlie Lee and Vlad Zamfir.

Since the incident, the number of complaints around network delays has steadily declined, indicating that the company may have rectified these issues through software improvements.

In addition to the control that the NEO Foundation exerts over its nodes, token ownership concentration is another point of criticism from some in the cryptocurrency community.

At the cryptocurrency’s inception, 100 million tokens were created. Of that 100 million, 50 million are directly managed by NEO, the NEO Council, and its affiliates for the purposes of “long-term development.”

At current prices, that gives the NEO Foundation, the NEO Council, and its affiliates control of over $326 million in funding.

“As an increasing amount of NEO tokens held by the NEO Foundation are unlocked, they will flow into the market and add to the amount of NEO in circulation,” Lin noted.

Over time, “as the NEO Foundation distributes tokens through ecosystem funding, the amount of influence it holds on the voting process is diminished,” according to the NEO blog. However, this will also put supply-side pressure on the token, potentially decreasing its value as more tokens enter circulation.

Other Indications of Centralization?

At the moment, the NEO Foundation provides funding to the City of Zion, NewEconoLabs, NEO St. Petersburg Competence Center, and NEO Research. To what extent each of these organizations are dependent on the NEO Foundation requires additional investigation.

The level of control that the NEO Foundation exerts over the funding and maintenance of the network may raise questions about the decentralization of the platform. One critic went so far as to say “NEO is currently not a real cryptocurrency yet as it is still centralized.”

However, the company appears to be making progress towards greater decentralization. As reaffirmed by Lin in the press release:

“With an open ecosystem that allows organizations to launch and operate an independent node, NEO can accelerate its mission of creating a ‘smart economy’ powered by the blockchain.”

Despite the critics, the move suggests that NEO is looking to overcome the issues surrounding its alleged centralization.

Vlad Zamfir is a researcher known for his work on “cryptoeconomics”, proof-of-stake and blockchain sharding in the Ethereum ecosystem. Learn More