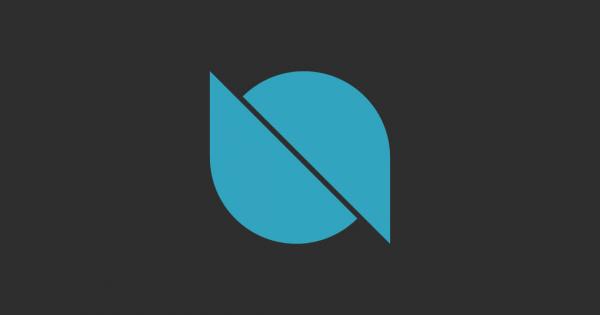 2018’s bearish bloodbath took a heavy toll on the market cap of many tokens, but the defiant Ontology project has bucked the trend. Married to the success of its big brother NEO, ONT’s show-stopping growth has turned heads market-wide.

Having premiered in early March, ONT has screamed its way into the hall of fame, with a $1 billion market cap placing it 23rd amongst the top-25 coins.

As a product of NEO’s parent company, OnChain, Ontology Network has enjoyed a nepotistic edge in its immediate success, but its robust vision may well live up to the hype.

Ontology’s trust network solution is built to meet the immense needs of China’s ever-expanding blockchain market and beyond; compatible with any chain, device, industry, or system.

Ontology is not so much a blockchain or dApp, but a matrix of blockchains; an ecosystem where a number of private or public blockchains can be connected, no matter how large or small the use case in question.

Where most blockchain projects typically zero in on a niche with laser-like precision, Ontology finds its burgeoning value in diversification; enabling businesses, individuals and institutions to create their bespoke trust networks complete with identity verification, data exchanges, procedure management protocols and more.

The Chinese giant points to the inadequacies of current centralized trust networks, who suffer at the hands of an untapped data value, cumbersome and ineffective identity verification and feeble privacy protection.

One might think the Facebook/Cambridge Analytica saga has adequately driven these nails into the coffin that is the global concern for human rights.

In the light of this heart-wrenching privacy breach, Ontology would perhaps see itself as a knight in shining armor, allowing organizations as substantial as Facebook to tap into the Ontology Network to establish trust.

For example, where one school may employ a certain procedure to identify its students, another will use an entirely different protocol. These chasmic divides result in privacy breaches, weak reputation systems, data exchange issues, and inefficient identity verification.

While the trustless, immutable blockchain is ideal for storing sensitive data such as identity information, businesses are floundering at their inability to integrate the mysterious technology; and Ontology is offering a way out. Offering an arsenal of tools, Ontology gives users of all types the ability to build a decentralized trust system that fits their organization’s specific needs.

To give a real-world example of Ontology Network’s use, let us consider a medical context. Patients may have their identities and particulars recorded by their doctor,  all synchronized on the blockchain for pharmacies or insurers to note — both of which can administer medication or services in a fraction of the time with no possibility of foul play.

While there has been a storm of interest in blockchain, it is certainly a stretch to imagine bureaucratic governments, conservative financial institutions, and paper-pushing businesses painlessly integrating the new technology in a pre-blockchain world built around regulations and compliance.

To this end, Ontology presides over its own, fully NEO-independent network of blockchains; a purpose-built decentralized ledger system with security protocols and smart contracts, all designed with the express purpose to meet an immense business scope.

That said, NEO and Ontology have a complementary and mutually beneficial relationship. Should an Ontology-based business wish to have a token sale, they may accept NEO for contributions (much alike ERC20 and Ethereum). To return the favor, Ontology offers value to NEO, serving as a mediating ecosystem.

Noting that Ontology and NEO are inextricable as the Pope and the Vatican, it should come as no surprise that Ontology’s tokenomics take after NEO; to whom allegiance is pledged generously in the form of 10% of all ONT tokens being gifted to the NEO Council.


The premined ONT is an NEP-5 token used for voting and governance within Ontology Network- whereby holders can vote on major decisions.

In light of ONT’s astronomical success, Ontology may well have instigated the world’s most bountiful bounty program.

Of the theoretical maximum of 1 billion ONT tokens, 20 million were airdropped to holders of NEO in March 2018, and as an additional bonus, 1000 tokens were awarded to any community member so lucky as to sign up to their newsletter (worth more than $4000 at time of writing).

While most missed the opportunity to board this treasure-laden galleon, NEO hoarders have the chance to claim ONT tokens, for all are automatically issued 0.2 ONT per NEO (of which 50% is locked).

While Ontology’s token has risen quickly to fame, the network, in fact, utilizes a dual-token economy, with its ONG (Ontology Gas) token standing in the shadow of its celebrated ONT sibling.

Ontology’s equivalent of NEO’s GAS, ONG is the utility token of the network — useful for core essentials such as transaction, triggering and deploying smart contracts, network storage, and more. Once again reminiscent of GAS, ONG’s 1 billion tokens will be produced over 22 years, with all tokens spent within the network being distributed to ONT holders.

Flexibility is the name of the game; Ontology employs an elastic architecture making it suitably interoperable — forming NEO, Ethereum, and other blockchains as its foundation.

Ontology is built on its very own ‘Ontorand’ consensus mechanism, a DBFT protocol with an average 20-second block creation time and industrial-grade scalability.

As efficient and ingenious as the Ontorand solution may be, the network is compatible with “pluggable” mechanisms including PoW, DBFT, and RBFT, should any other existing blockchain wish to have a taste of truth using Ontology.

In line with its mission to convert existing businesses to the blockchain, Ontology’s APIs and SDKs enable developers to swiftly build out Dapps and employ them as a service. This is critical to lowering the barriers to entry for users of Ontology; enabling developers to participate without any prior knowledge of distributed systems.

Naturally, sound identity verification is a cornerstone of any trust ecosystem. The ecosystem’s Identification Protocol (ONT ID) is malleable by design, useful for any institution in identifying a person, organization, asset, or physical object.

Where most Chinese blockchain projects fly under the radar with minimalistic inscrutability, Ontology sports a coherent, growing online presence complete with a young, but engrossing blog.

On Twitter, the core team posts regular progress updates and announcements, along with the odd enthused re-tweet — namely reviews, referrals, and the general reflection of positive sentiment any blockchain project propagates. With a modest audience of 39,000 followers, Twitter is the voice for Ontology’s western-contingent.

To proliferate the advancement of the blockchain, the team recently dropped the open-source bombshell, reporting the induction of Ontology’s first projects onto Github — presumably anticipating a snowball effect amongst the Ontology developer’s community.

Not having to survive the furious scrutiny typical of prospective ICO investors, the Ontology team uncloaked itself relatively late in the game (February 2018).

As the project’s founder, Jun Li has navigated the bracing waters of FinTech and IT for some 16 years; with a number of leadership roles at imposing corporations under his belt (Infosys, China Financial Futures Exchange, to name a few).

Boasting a CV to intimidate anyone with an ounce of technological aspiration, Li’s captaincy at OnChain is a logical transition.

The remainder of Ontology’s 40-strong team comprises a well-rounded portfolio of experience in China’s budding tech scene, with added notes of government experience (with China’s booming commerce scene never being too far apart from the state).

As if the backing of Chinese giant NEO wasn’t enough, Ontology Network has amassed a number of significant partnerships in its brief but fantastically successful history.

We are very thankful for the support and trust from Sequoia China, DHVC, Matrix Partners China, and ZhenFund. We will continue to work on the research and development of blockchain technology and create a world-class blockchain infrastructure and trust-based application ecosystem.

Where is Ontology Trading?


Noting that the explosive success of ONT would not have been permitted without a number of substantial exchange listings – the vast majority of ONT is traded on the crowd-pleasing Binance. Next are Huobi, Gate, OKEx, Kucoin, Bitbns, BCEX and Abucoins (listed in order of trade volume).

ONT’s disruptive success has drawn attention to the emerging project, yet we must question how much of this growth is organic. Amidst a market devoid of green candlesticks, it is conceivable that ONT’s tremendous growth has seen it become a haven, artificially pumped up as defeated traders shifted their funds into coin they saw as improbably profitable.

All talk of speculative value aside, Ontology’s proposition is immense.

In providing businesses of all description the ability to develop their own tailored blockchain-based trust networks, Ontology Network has near-limitless utility for industries of all description. Whether government, medicine, IoT, insurance, or any scenario that demands the guaranteed integrity of trust, authorization, identity verification or data exchange.

Thrown in with an intimate relationship with the much-championed NEO, the scope of Ontology Network is nearly incomprehensible — a rising Chinese dragon in the flesh and blood.