On November 30th, NEO announced—in collaboration with NSPCC—that they are developing a distributed file storage system that would work as a “cornerstone” of the NEO platform. 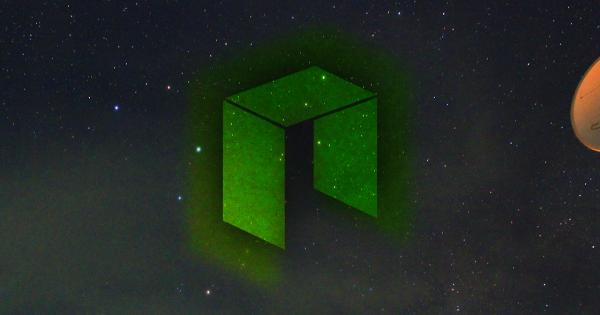 On Nov. 30th, NEO announced—in collaboration with NSPCC—that they are developing a distributed file storage system that would work as a “cornerstone” of the NEO platform. NeoFS would “allow users to take back control of their data,” and would be as “simple to use as Dropbox” or “Amazon S3.”

NEO is a blockchain platform with its own cryptocurrency that is designed to build a scalable network of decentralized applications using widely used programming languages. The Chinese-based platform is described as a major competitor to Ethereum.

Distributed storage is a critical element of online software and web services, and is vital to attracting enterprise-level and open-source developers to build on the NEO platform. The under-development system would allow users to leverage distributed storage for both private and public dApps built on NEO.

The move is targeting those concerned with their privacy. As stated in a promotional video for NeoFS:

“Often enough the server [that stores your data] is owned by a big company, and that company becomes an owner of your files…. They can take a peek at what you share to sell you something or to tell you something. So, why not take back control with NeoFS.”

Moreover, the system is slated to compete directly with two of the juggernauts in cloud storage, Amazon and Dropbox, describing the system as “…easy to use as Dropbox, or if you’re a developer, Amazon S3.”

When launched, storage will be available for purchase using GAS (CGAS NEP-5), a resource generated from NEO tokens over time. Meanwhile, consumers of data would not need to pay to access data stored on NeoFS. In the future, there is mention of other possible payment options, including fiat.

In an infographic from NEO, the company claims that the integrity of data is assured by “homomorphic hashing,” a type of encryption that allows for secure outsourced computation. The system would be maintained by two levels of nodes and will allow for objects to be located and retrieved P2P without calling central nodes, essentially serving as a more structured version of a torrent swarm.

NSPCC is a research and development company formed to support the NEO core ecosystem. The company is largely driven by the City of Zion, an independent group of open-source developers who work to support NEO core.

Some of the heavy-hitters behind the NSPCC include Neon exchange co-founder Fabian Wahle, along with a host of engineers from the Russian Association of Cryptoindustry and Blockchain (RACIB).

Engineers Behind the System

NSPCC is the first candidate for developing NeoFS. According to NEO, distributed file storage is a “cornerstone” to its blockchain. NSPCC has the full support of NEO Global Development (NGD), an organization founded by the NEO Foundation for the execution and development of the NEO platform.

Using these resources the NSPCC has assembled a high-caliber team of ten members who have “strong academic and industry backgrounds, comprising multiple PhDs and experts in data infrastructure,” with talent “attracted… from companies such as Dell, Samsung, WhatsApp, and Yandex.”

In a quote from NGD, general manager Johnson Zhao stated:

“We are very excited about the promising developments by NSPCC and look forward to expand our relationship with the Russian ecosystem.”

The implementation of a distributed data storage solution would be a huge stride for the NEO platform. Other cryptocurrency projects, such as FileCoin and Storj—which raised $257 and $30 million through ICOs—have been ineffective at taking market share from major cloud storage providers. So far, both blockchain services have been unable to compete with the price and convenience of centralized file storage.

That said, perhaps the expertise and execution of the NEO team could give Amazon and Dropbox something to worry about.