Thus far, decentralized finance (DeFi) has been a trend relegated to Ethereum—and Ethereum only. 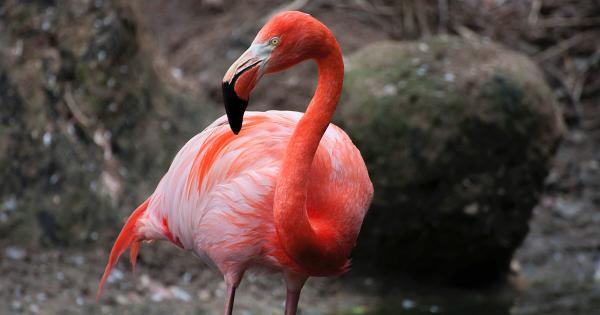 Photo by Laura Picha on Unsplash

Thus far, decentralized finance (DeFi) has been a trend relegated to Ethereum—and Ethereum only. Per DeFi Pulse, the top twenty DeFi applications by total value locked are all based on Ethereum.

This is for good reason: Ethereum has been the only blockchain with an active user base and developers working on game-changing DeFi applications.

But this is changing: Flamingo Finance, a full-stack DeFi protocol built on Neo and built to siphon capital from the Ethereum ecosystem, has managed to secure $300 million shortly after launch.

While Ethereum’s DeFi space has seemingly slowed down over recent days, this is not the case over on Neo.

Flamingo Finance reported on Sep. 24 that since the launch of Flamincome and Wrapper, it has secured over $300 million worth of deposits from all around the crypto ecosystem.

Wrapper is a cross-chain gateway for Bitcoin, Ethereum, Neo, and other blockchains, meaning users can deposit accepted coins in exchange for a tokenized representation of deposits on Neo. Flamincome is a so-called yield booster that allows users to earn yields on both Ethereum and Neo simultaneously.

Like with other DeFi protocols, Flamingo has incentivized these inflows by offering yields paid out in FLM, the protocol’s native token.

Da Hongfei, the founder of Neo, endorsed the protocol by tweeting out his congratulations about the aforementioned milestone on Sep. 24.

Along with offering users the opportunity to migrate coins from chain to chain and to earn income on two chains, Flamingo Finance also intends on launching a decentralized margin exchange, a decentralized automated market maker, and Neo’s own iteration of MakerDAO in the future.

While the launch was successful, users reported on the morning of Sep. 25 that for a short period of time of 40-60 minutes, Neo’s nodes stopped producing blocks as some of them went offline. It has since been clarified that no nodes went down, but rather some block explorers due to an influx in traffic.

Flamingo Finance’s rise to prominence comes as other “third-generation” blockchains like Binance Chain, Solana, and Polkadot have also attempted to encroach on Ethereum’s market share. Most of these networks are running with clever systems that entice users to migrate Ethereum-based tokens to these new networks in hopes of building a strong network effect.

The need for scaling

Although the jury is out about whether or not these protocols will survive in the long run, they arguably are being launched at a perfect time.

As CryptoSlate has covered extensively over recent weeks, Ethereum transaction fees are reaching a point where a majority of users are priced out.

During the launch of the Uniswap coin last week, the cost of gas hit 1,000 Gwei, meaning it cost close to $100 to trade on Uniswap and a lot more to complete more complex transactions with DeFi protocols.

Even after that period of extreme congestion passed, Ethereum transaction fees are still at a point where it is illogical for a user with only a few hundred dollars worth of cryptocurrency to dabble in DeFi.

These new protocols — be it Flamingo Finance on Neo, BurgerSwap on Binance Chain, or Serum on Solana — have the potential to absorb the market share of Ethereum, especially from retail users.

Ethereum gas fees are up 7,000% since 2020 began—but Vitalik thinks this can be solved

Neo is an open-source, community-driven platform that is leveraging the intrinsic advantages of blockchain technology to realize the optimized digital world of the future.. Learn more

Serum claims to be the world’s first completely decentralized derivatives exchange with trustless cross-chain trading brought to you by Project Serum, in collaboration with a consortium of crypto trading and DeFi experts.. Learn More