Monero – Privacy and Anonymity on the Blockchain Ali Raza · 5 years ago · 4 min read
This article is more than 2 years old...
News › Monero › Adoption 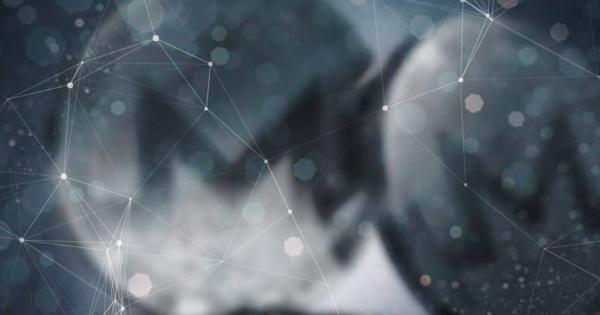 Fittingly, the exact origin story behind Monero is still somewhat mysterious. Like digital cash, it’s untraceable as it changes hands.

The concept behind Monero was first published by Nicolas van Saberhagen. This name was later proven to be a pseudonym and can refer to either an individual creator or developing team.

While Nicolas van Saberhagen came up with the idea behind the cryptocurrency, it was coded by a user simply known by their online pseudonym “thankful_for_today”.

Monero was initially called Bitmonero, taking the “monero” part from Esperanto, where the term means coin. However, after a hard fork in 2014, the cryptocurrency evolved into the Monero that we know today.

While users technically enjoy a degree of anonymity on the Bitcoin network, the network still allows transactions to be traced back to the accounts from which they originated. In addition, users on the bitcoin network can see each other’s total bitcoin holdings available in their accounts.

While it’s relatively easy for bitcoin users to keep their real-life identities hidden on the Bitcoin network, it becomes difficult to do so once you engage in any Bitcoin deals that require you to use your name.

After attaching your name to a deal, it becomes easy for other users to trace transactions back to you. While the regular user would not be too alarmed by this, those users who need bitcoin for not-so-legal activities obviously consider this a major issue.

To address this, Monero uses several techniques to ensure anonymity on its network. All users are issued with “stealth addresses”. These unique addresses are encrypted which prevents any transactions from being traced back to its account of origin.

In addition, the Monero network lumps hundreds of transactions together, meaning that it’s incredibly difficult for a curious user to single anyone transaction. The exact amount in every transaction is also not displayed, which makes any tracking virtually impossible.

Recently, it was discovered that hackers have taken to targeting YouTube ads in order to distribute cryptocurrency mining malware to audiences all over the world. Attacks of this nature often referred to as “cryptojacking,” have become more popular and frequent ever since the price increase of most major cryptocurrencies over the last few months.

Cryptojacking involves the distribution of malicious code that allows the hacker to hijack the victim’s computer processing units (CPUs) to covertly mine cryptocurrency to the benefit of the responsible hacker.

While the increasing frequency of the attacks is unsurprising, the surprising factor is the fact that all these attacks use Monero as their mining cryptocurrency of choice.

Monero was established in 2014 and was created to allow its users’ maximum anonymity. However, a 2017 report from Wired notes that this enhanced anonymity has made Monero a popular currency on the Dark Web.

The Dark Web is perhaps a somewhat notorious online black market where users frequently use cryptocurrencies to purchase questionable and illegal goods such as stolen credit card information, weaponry, and illegal substances.

Ever since the Wired initial report, however, Monero has become more prominent in mainstream culture. At the time of writing, Monero is ranked as the world’s 13th largest cryptocurrency, in terms of market capitalization.

According to the cryptocurrency coin rankings, Monero is currently priced at $248 per coin. Experts also predict future great expectations for the cryptocurrency and believe that Monero could become even more prominent and valuable in 2018.

However, what exactly is Monero, how can you invest in it, and what can be expected from this cryptocurrency in the future?

What’s next for Monero?

For example, even if you could pay your bills using Bitcoin, your creditors could still see how much money you actually have available in your account. Monero offers its users much more privacy in this respect in addition to a more practical network.

Monero might also be pushed to new heights as influential figures join its developing team. Charlie Lee, who became famous as Litecoin’s creator and founder, tweeted that he would like to collaborate with Monero so that the two cryptocurrencies could be integrated seamlessly.

Although @fluffypony was kidding here, I think it would be good for Litecoin and Monero (2 of the top non-scam coins ?) to work together. A while back, I proposed to him that we work on making it easy for people to do on-chain atomic swaps of LTC and XMR in a decentralized way. https://t.co/idDn7Dmzf7

However, the cryptocurrency industry is becoming increasingly competitive and Monero has a growing list of worthy competitors that are likely to give it a run for its digital money.

For example, both Dash and ZCash offer similar privacy protocols and are currently worth more than Monero at $685 and $385, respectively.

How to Buy Monero

While Monero is not currently available on Coinbase, the interested investor has plenty of other options.

Popular cryptocurrency exchange platforms such as Bitfinex and Kraken allow you to buy Monero using fiat currency, while over-the-counter