MakerDAO, a decentralized autonomous organization that provides crypto collateralized loans, polled its community on whether to increase interest rates and by how much. 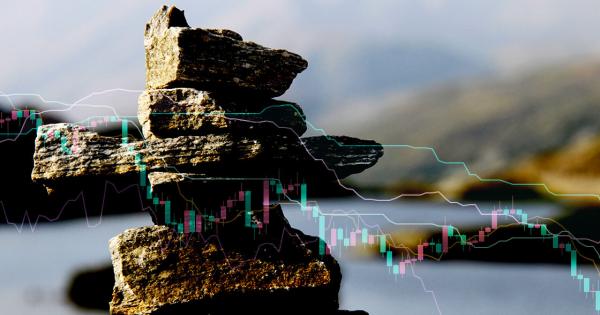 MakerDAO, a decentralized autonomous organization that provides crypto collateralized loans, polled its community on whether to increase interest rates and by how much. The community voted to increase rates by the maximum that was proposed, 4.0 percentage points, raising rates to 7.5 percent. If successfully executed, this would be the third rate increase within the last two months.

MakerDAO polled its community, beginning Mar. 17th, on whether to raise rates by 0, 2 or 4 percent. The vote to increase rates by 4 percent won by a large margin, with voting completed on Mar. 21st.

The vote is a continuation of three recent rate increases in an attempt to curb its Ethereum-backed stablecoin, Dai, from trading below its $1.00 peg. If Dai continues to trade below the $1.00 mark then rate increases are likely to continue.

Maker is an open platform that provides collateralized loans through a series of smart contracts and oracles, giving users access to credit without a centralized point of control.

Users obtain these loans by locking their Ethereum in a smart contract. In return, users receive Dai, a stablecoin which represents a pool of all ether locked in the platform. Dai is soft-pegged to $1.00 based on the locked-up ETH. Users can then sell Dai for fiat or use it as leverage by trading it for more cryptocurrency.

Currently, users can obtain up to 60 percent of the value of their ether in Dai. If the ratio between collateral and the loan amount provided falls below this 60 percent ratio, then the position is automatically liquidated; consequently, it is often prudent to take loans below this maximum ratio to decrease the chance of automatic liquidation.

To repay the loan and retrieve the locked Ethereum the user must repay the Dai they received in addition to a stability fee, an annual interest rate charged to borrowers to compensate participants who maintain the stability of the system.

How Dai Maintains Its Peg

When Dai is trading below $1.00, users are incentivized to purchase Dai (at a discount from its $1.00 peg) to repay their loans. When Dai is trading above $1.00, Ethereum holders are encouraged to use their holdings as collateral for Dai, allowing them to engage in arbitrage and get more than the current value of their collateral.

When Dai consistently trades above or below these rates, more drastic changes are required. In these circumstances, the stability fee is adjusted up to encourage borrowers to repay their loans—increasing the price of Dai as it is taken out of circulation for loan settlement—or adjusted down to encourage Ethereum holders to obtain loans, increasing the supply of Dai and decreasing its price.

One of the advantages of Maker, when it started, was its highly-competitive annual interest rate of 0.5 percent. However, this was unsustainable and the price of Dai began to fall below its $1.00 peg as users in-mass locked up their ether in exchange for Dai. So far, a whopping 2.0 percent of the total Ethereum supply is locked up in Maker contracts.

In February, the holders of MKR voted to increase interest rates twice, raising interest rates from 0.5 percent to 1.0 percent, then to 1.5 percent. Rates were raised again on Mar. 8th to 3.5 percent.

Yet, according to the core team, the exchange price of Dai has continued to persist below $1.00 and that there was “little attributable impact from the previous stability fee increases.” Although, the governance poll did suggest the last rate increase was followed in a slight uptrend of Dai’s price from $0.96 to $0.985.

On Mar. 22nd the MakerDAO will issue an “Executive Vote” among MKR holders to determine whether to execute the 4.0 percent rate increase, raising interest rates to 7.5 percent. If the rate increase is unable to increase the price of Dai to its $1.0 peg, measured over the following 5 days after the vote, then there will be a proposal for another rate increase.

Overall, it is impressive to see MakerDAO deliberate on monetary policy at the scale currently seen. The organization demonstrates that a DAO is capable of making informed, long-term decisions. Even more impressive is what MakerDAO could precursor: a more decentralized method for determining monetary policy, conceivably fulfilling some of the same functions of a central bank like the US Federal Reserve.

Asia Ripe for Stablecoin Adoption in 2019