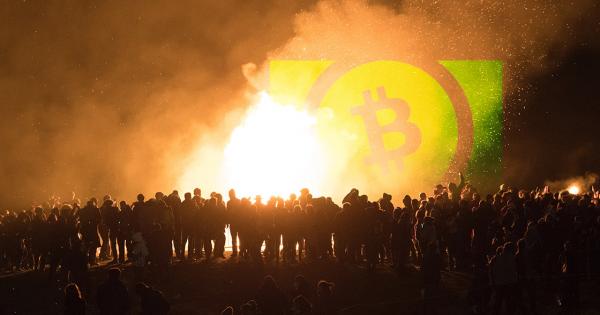 Photo by Anne James on Unsplash

I am wondering when I can deposit my BSV token into exchange to sell.

A contentious hard fork of Bitcoin Cash was triggered by a camp led by Craig Wright, CoinGeek, and Calvin Ayre, which mined an invalid block almost immediately after the hard fork was completed by Bitcoin Cash ABC, the original blockchain of BCH.

As of Nov. 19, Bitcoin Cash ABC remains 42.7 percent ahead of BCHSV on proof of work and nine blocks ahead. The majority of BCH blocks are being mined by Bitcoin.com, BTC.TOP, and ViaBTC, without the intervention of Bitmain.

With major exchanges like Coinbase and Kraken in support of the original BCH roadmap set forth by bitcoincash.org and the supposed “stress test” threatened by Craig Wright after the hard fork amounting to a non-event, BCH has secured a clean win over BCHSV in the hash power war.

Prior to the fork, Craig Wright threatened to sue developers and miners in support of BCH and at one point claimed he will rearrange the blockchain of BCH to double-spend transactions.

I will ensure that ANY miner passing DSV can be held liable (under the law of the UK, China and US, they can be)

And, I will help ensure those who lose claim against this act.

Ultimately, no developer or miner was sued, the hash war came to an end within 30 minutes in favor of BCH, and the stress test threatened by CSW turned out to be false. The last resort plan of the SV camp, to 51 percent attack the BCH network with overwhelming hashpower, was also stopped by the BCH community through the integration of checkpoints.

On Nov. 16, the BCH developer community integrate a checkpoint in every block mined after the hard fork to prevent blockchain reorganization, as a response to the 51 percent attack threat by SV.

“A decisive opening battle has been won by the defenders of Bitcoin Cash in Craig Wright’s war to hostile takeover the chain,” Yours.org developer Chris Pacia wrote, adding, “A checkpoint is a line added to the code that prevents the software from reorganizing the blockchain below the checkpointed block. In the event that an attacker (such as Craig Wright) were to try to 51% attack and wipe out all blocks and transactions that happened on Bitcoin Cash over the past day, the software will not let him do it.”

But, as BTC.TOP CEO Jiang Zhuoer said, the SV camp was never going to win a hash power battle with Bitcoin Cash, because Bitmain had 20 exahash available throughout the entire period in its possession as back up to defend the BCH chain from being attacked. That is, more than four times larger than the hash power CoinGeek and Calvin Ayre posses.

BCH won the battle, but the conflict resulted in a negative outcome for both BCH and BCHSV. Roger Ver, the CEO of Bitcoin.com, recently stated, “no one wins a war. Some just lose less than others.”

From this moment on, the faith of both BCHSV and BCH depends on the market. If large holders of BCHSV, who are ironically the supporters of BCH, continue to sell large amounts of BCHSV on the market, then the asset could suffer significantly in the short-term.