Introduction to IOTA – The Economy of Things

Supporters of this relatively new cryptocurrency revolving around the Internet of Things believe this ‘Third Generation Crypto’ is going to take over the cryptocurrency space, surpassing even Bitcoin by solving some of its most significant issues.

Supporters of this relatively new cryptocurrency revolving around the Internet of Things believe this ‘Third Generation Crypto’ is going to take over the cryptocurrency space, surpassing even Bitcoin by solving some of its most significant issues. On the other hand, some claim that IOTA is a tangled mess.

Taking a Closer Look at IOTA

IOTA’s developers decided to start from scratch, working from the ground up to develop a new blockchain that could solve many of problems plaguing other blockchains. They created an entirely new crypto codebase written in Java, doing away with the traditional concept of “blockchain” altogether.

IOTA is ahead of its time as it is the first coin that does not employ the use of the blockchain; instead, it uses something called the Tangle. As David Floyd helpfully explains,

“The tangle is what is known as a directed acyclic graph (DAG): a data structure that moves in one direction without looping back onto itself.”

Everyone plays an equal role in the Tangle network. Every time a transaction occurs, the issuer must help authenticate two random transactions using cryptographic hash functions.

This computation happens behind the scenes on such a small scale that any device can handle it without much of a problem at all. IOTA is the first attempt at developing a cryptocurrency that has a low-cost, scalable, and lightweight network.

With the traditional blockchain technology that Bitcoin and other cryptocurrencies use, the network slows down as more and more people use it. As a result,  many transactions and blocks take a while to confirm; far too long for today’s fast-paced society. Alternatively, IOTA’s Tangle network becomes faster with more users.

This new system also does away with any Proof-of-Work or Proof-of-Stake system, which removes the power from the miners and more evenly distributing it across the entirety of the network.

The token is not only designed for peer-to-peer exchanges, but also for the Internet of Things . For example, IOTA could be used to enable a robot to be programmed to clean and vacuum a room automatically.

The Solution to Bitcoin’s Flaws

IOTA provides a solution to many common problems with Bitcoin including:

Of course, it’s important to note that Bitcoin soon plans to implement a system known as ‘Lightning Network‘, which will allow for faster scaling. However, Bitcoin still has its issues. For example, it is not very reasonable to buy a cup of coffee with Bitcoin — you would have to wait at least 10 minutes for the transaction to clear.

Upon creation, a large number of coins were effectively pre-mined — 2,779,530,283,277,761 coins released all at once, making it perfect for micro-transactions among peers and machines.

Scalability is a common issue that plagues most cryptocurrencies today. Because the Tangle network speeds up as more users are making transactions, scalability is no longer a problem.

Like most digital currencies, IOTA is in active development, so it is not perfect nor finished. IOTA and its supporters make pretty bold claims. Some of which may not be entirely true; at least not right now.

In an expose on the digital currency, John Ratcliff notes,

“Even though my initial experience with actually trying to use the IOTA network was fairly positive, when I tried to use the network later things changed.”

In the article, John states:

Many of these issues will be resolved as the platform continues to develop. After all, it is still a relatively new project, and the developers are working hard to fix the bugs.

David SØNESTBØ has a passion for technology that advances our society, and he is a firm believer in the Internet of Things, Smart Cities, and more.

He is a progress-driven person who has a bright idea for the future and believes cryptocurrency will be a big part of it. He founded IOTA as the solution to Bitcoin and the currency of choice for the Internet of Things in the computer age.

Ivancheglo is the founder and CEO of IOTAtoken and Jinn.

Ivancheglo is also the lead developer of NXT and believed in Bitcoin right from the very beginning. Like David and the rest of us forward thinkers, Ivancheglo believes cryptocurrency (especially IOTA) is here to stay.

Schiener Schiener is an up-and-coming entrepreneur, currently working on several different projects that are all crypto-based.

Popov is the author of the token’s whitepaper and received a Ph.D. in math from Moscow State University in 1997. Serguei is currently a full-time professor at the IMECC-UNICAMP, Campinas, Brazil.

The IOTA project is lead by Alon Elmaliah. He worked in the semiconductor industry, most recently at Intel before joining the IOTA team. Elmaliah spends a lot of his time learning about decentralized and distributed networks.

Earning his B.Sc. in Computer Science and Electronic Engineering from Tel Aviv University, it’s pretty clear that he has a strong background in technology, particularly the kind of computer and information technology he needs to lead the team. Elmaliah believes IOTA will be the backbone of the Internet of Things economy. 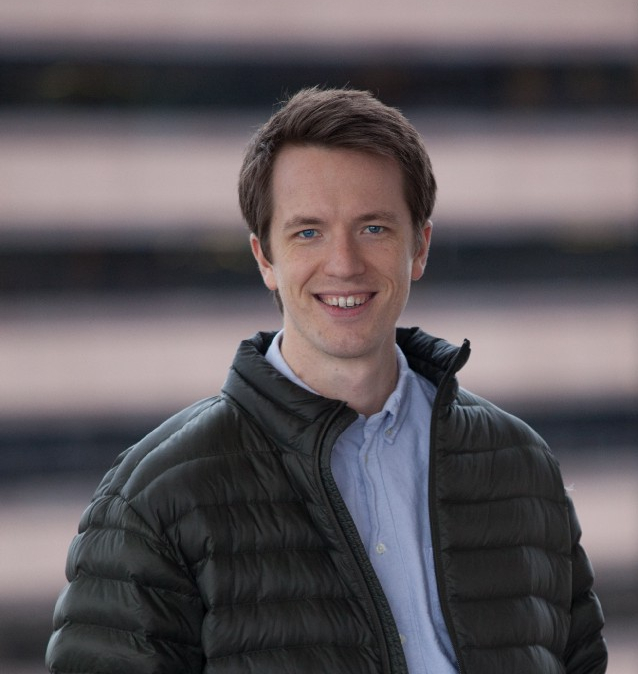 Handy has been involved in many different projects including industrial equipment, scientific instruments, microfluidic stereolithography, learning systems, control systems, and more. Handy is interested in the science of things, and he is a great problem solver.

Handy earned a Bachelor’s of Science degree in Electrical Engineering and got involved in the crypto-space back in 2013. He followed IOTA since it was conceived back in 2015 until he joined the team.

Later on, he became a partner in a company that developed software for biometric identifications and integration of advanced unified messaging systems. Keller attained his Master’s Degree in Civil Engineering at Swiss Federal Institute of Technology Zurich.

Keller is well versed in C, C++ Java, and Javascript – all of these factors render him and the rest of the development team well-suited for the task at hand. Although, it’d be nice to see a more sophisticated IOTA wallet.

According to data compiled by CryptoSlate, IOTA has spent much of the past month valued near $2. While this is down from its all-time high of more than $5, it’s still four times more than its initial launch price of less than $0.50.

Where to Buy IOTA

Learning how to buy IOTA for the first time can be tricky. Like most altcoins, IOTA cannot be purchased using USD. Instead, it must be purchased with Bitcoin.

Using a Bitcoin exchange such as Coinbase or Gemini, users can buy Bitcoin with a debit card, credit card, or bank account. By sending Bitcoin to an exchange like Bitfinex or Binance, the Bitcoin can be used to purchase IOTA.

IOTA aims to take down Bitcoin by providing an instantaneous network without transaction fees and paving the way for a new economy based on the Internet of Things.

It is a revolutionary idea with brilliant minds behind it, and it is doing quite well.

Like all other coins, it has its downfalls. IOTA is far from perfect. As it continues to develop, it will become more usable and more akin to its ultimate possibly promised in their White Paper.