In a piece of welcome news, a beta version of Bitcoin’s Lightning Network has just been released for use to the public. 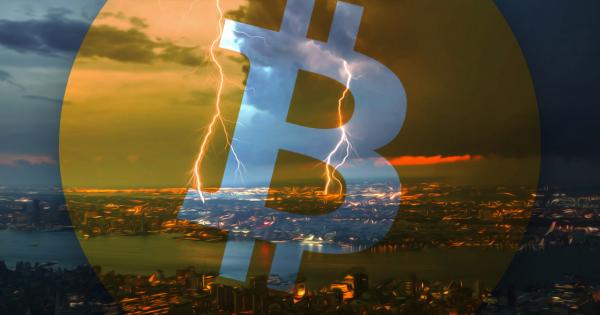 Photo by Ian Froome on Unsplash

In a piece of welcome news, a beta version of Bitcoin’s Lightning Network has just been released for use to the public.

The news was broken by Lightning Labs, a Bay Area-based digital startup, via their official blog post. The goal of this new technology is to facilitate smoother BTC and LTC transactions without any of the issues that users have previously faced such as high processing costs and long settlement periods.

What is the Lightning Network?

According to the Lightning Labs website, the purpose of the LN is to:

Lightning is an overlay network built on top of an existing blockchain protocol. Similar to how the Internet is built in layers, Lightning creates an entirely new layer, offering instant, high-volume payments that are denominated in the blockchain’s native currency. Our implementation, lnd, has been primarily developed for Bitcoin, and we have also integrated Litecoin support.

In addition to this, The Lightning Network also helps solve some of the scalability issues that currently affect the Bitcoin Blockchain. As a result of this, the crypto powerhouse will now be able to incorporate millions of new users in the coming few years.

While this development in itself is extremely remarkable, the implementation of LND — Lightning Network Daemon, is just one of several software modules that have been envisioned by Lightning Labs.

The goal is to eventually establish a network which allows Bitcoin to be used within novel tech avenues such as IoT.

Along with the release of LNDs beta version, it was also announced yesterday that to further the company’s vision, Lightning Labs had received seed investments from big names such as Square and Twitter CEO Jack Dorsey, who is reported to have invested a cool $2.5 million into the venture.

While Lightning Network nodes have already been in existence within Bitcoin’s mainnet, serious developers are viewing this latest advancement as a game changer.

According to Jack Maller, an independent app developer, this release will fast-track the evolution of the layer-two payments network. He went on to say that LND provides developers with a stable foundational base over which a host of unique apps can be built.

Upon the release of Lightning Networks original alpha version earlier this year, thousands of individuals from all across the globe were called upon to help out by checking for bugs, testing the network and even contributing to the core code.

In a recent interview with elizel, CEO of Lightning Labs, she commented that:

“The community engagement around Lightning has been amazing. We have around 1,800 people on the Slack for LND alone. The protocol is and will always remain open source and right now everything we are making will be open source. We also have dozens of apps that developers have already built.”

While this may be the beginning of something big, one should bear in mind that any new technology needs some time to find its feet before it can be implemented successfully within such a large global setting. This sentiment was echoed even by representatives from Lightning Labs, who too have recommended users to not put in large amounts of money into the system quite yet.

Additionally, it should be noted that this release is aimed primarily at developers and other advanced users who are familiar with technical aspects of blockchain coding such as command-line interfaces.

With that being said, the best is yet to come. Since Starks is projecting the release of a user-friendly Lightning-enabled wallet later this year, it will be interesting to see how the future of Bitcoin now plays out.