In his latest YouTube video, Charles Hoskinson, the CEO of IOHK, explained the lengthy process behind ensuring accountability to funding on Cardano. 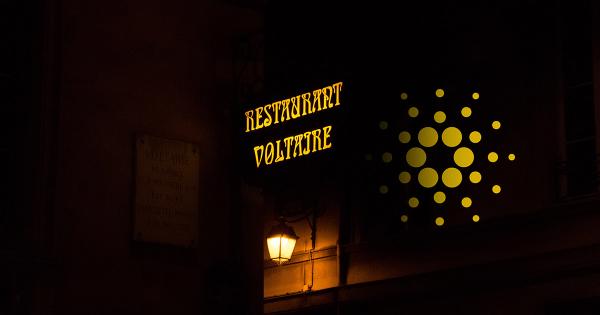 In his latest YouTube video, Charles Hoskinson, the CEO of IOHK, explained the lengthy process behind ensuring accountability to funding on Cardano. Voltaire, the blockchain’s governance era, will eventually evolve Cardano into one of the best innovation management platforms on the market, with tens, if not hundreds of thousands of people participating in the blockchain’s accountability process.

Breaking down the process behind introducing accountability management to Voltaire

Voltaire, the upcoming installation of Cardano that’s set to bring about governance to the blockchain, will introduce some of the most thought-out and complex management processes in the industry. Until recently, most of these processes remained rather abstract and something that was discussed almost entirely in the developer circles.

In a recent YouTube video, Charles Hoskinson, the CEO of IOHK, Cardano’s parent company, dove deep into the matter of accountability that will come with Voltaire. The outspoken CEO was characteristically optimistic about the future that awaits Cardano but kept his predictions reserved, saying there was a chance that the process could take up to twenty years to complete.

Hoskinson began by explaining why Voltaire was so important to Cardano’s development. Namely, in its current instantiation, the blockchain doesn’t have the ability to judge whether or not a good return on intention (ROI) on the grants allocated to community members. For the blockchain to gain a tighter grip on the community fund distribution, there’s no need to centralize its governance, Hoskinson said. Instead, what the network needs is to have a set of processes in place that will create a very easily controlled, but still decentralized accountability management.

To accomplish this, the company started by breaking everything into processes, beginning with the process of submission and discussion.

This, he explained, is the process IOHK is currently involved in with the IdeaScale platform. With around 3,000 people currently involved in various conversations about the blockchain’s structure and future, Hoskinson said that he had no doubts that some very good ideas and suggestions will come from it.

At a certain point, the submission and discussion process will evolve into the final shape of the ballot, which will introduce voting to the blockchain. And while the introduction of voting is set to be one of the final steps in Cardano’s lengthy evolution, it will bring about a new set of problems.

Namely, once voting begins and the community gets to cast their own votes to the final approved ballots, the question of who holds those that receive funds accountable arises. While the community will be in charge of who is given the money from Cardano’s treasury fund, there is currently no entity in place that will keep track of what they actually do with the money they receive.

According to Hoskinson, the system doesn’t need to centralize for this to be possible. He believes that various entities can be introduced into the process that will provide oversight of both who gets the funding and how they spend it. These entities, which can range from influential community members to third-party companies, will act as the eyes and ears of the community, providing weekly or monthly reports, auditing code, verifying claims, and provide general oversight of spending.

Hoskinson envisions a future where a large number of companies pop up offering oversight of the network as a professional service.

These “professional services” probably won’t be necessary when dealing with smaller funds, like the ongoing $250,000 DC fund. As these smaller funds will most likely be used to fund things whose accomplishments can be easily tracked by the community, there won’t be a need to employ any additional oversight.

Larger million-dollar funds, however, will most definitely need a lot more oversight.

An essential mechanism that holds everyone accountable

With every single ADA held in Cardano’s treasury belonging to its community, the community will want to know how their millions are spent.

Part of the Voltaire experiment, Hoskinson said, is to create a network of people and entities that keep the people receiving funds accountable. And this, he added, is something that isn’t inherently hard to do.

Firstly, it might be a good idea for a portion of the money held in the DC fund to be allocated to those providing oversight. As the complexity of the projects that get funded increases, the number of entities providing oversight will increase as well—some might be tasked with keeping track of spending, while others will be focused on the project’s performance and analyzing its results.

“There are all types of contractual pairings and relationships that can exist here,” Hoskinson said, explaining that it will be easy to divide the auditing process between various third-party auditors.

IOHK, Cardano’s parent company, is taking this matter very seriously. So much so, that it is currently hiring a dedicated product manager that will ensure that all of the business and social structures that need to exist for this to be possible are there.

For a company whose mandate to run and operate the Cardano blockchain is set to expire, IOHK is certainly investing a huge amount of resources, both in time and money, into coming up with governance solutions for Voltaire. Hoskinson acknowledged this, saying that this was done with a clear goal in mind—when IOHK’s contract expires, the company wants to come to the community with an established group of organizations and entities tasked with oversight and a well-structured plan for governance if their contract is renewed.

This also isn’t the end of IOHK’s involvement with defining accountability processes on Cardano. The company is exploring various other structures of accountability with the Catalyst Project. Hoskinson said that their work on the concept goes beyond thinking about how to transform ideas into ballots, and involves creating a system that will ensure good outcomes for most, if not all of the funds allocated to the community.

However, he noted that despite the amount of effort and resources spent on accountability structures and auditors, there will be a significant amount of failures and issues Cardano will have to face.

That’s why it’s of the utmost importance to set up a working feedback loop that will ensure that failures, no matter how big they might be, get a chance to turn into lessons.

The last part of the long list of processes behind Voltaire will be to establish this feedback loop. This means that the results of all projects that receive any one of Cardano’s funds will all be funneled back to the beginning, to the submission and discussion phase. Aside from providing the community with the experience they need, it will also strengthen the very foundation of the structure of accountability that keeps Cardano going.

In time, this feedback loop will be able to get rid of ballots that have historically failed to produce results and allow the community to build relationships with accountability managers and auditors over time.

Starting with relatively smaller funds, like the current $250,000 DC fund, will make this process much easier, Hoskinson noted. Working like a reverse funnel, the feedback loop will refine the process before the funds get larger and hold millions of dollars.

Hoskinson went on to assert the fact that all of this, no matter how well-thought-out it might look now, is still the learning beta phase. This, he said, is learning how to talk, write ballots, and take responsibilities. If IOHK contract with Cardano gets renewed for another five years, the company said it will bring about a dedicated firm to study the management of accountability. Various experts and consultants from all kinds of backgrounds will be brought on to examine the structures of accountability and ensure that the quality of the feedback loop is always in check. He anticipates tens of thousands, if not hundreds of thousands of people to participate in the accountability process in the next ten to twenty years.

While the system will take years before it’s stable enough to be called “done,” Hoskinson considers the things he described as being “good enough” to get Cardano to the next stage of its evolution.

“By the time we are done with this, we will have the single best innovation management platform in the world.”