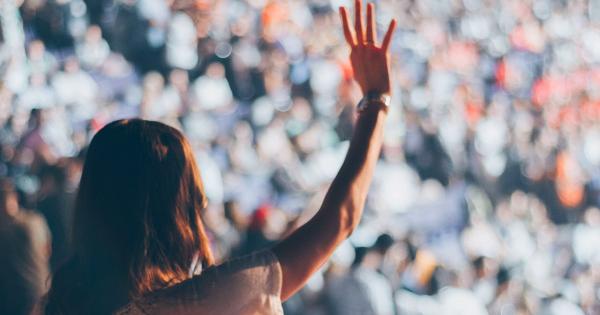 Photo by Tom Plouff on Unsplash

With a hop and a skip, the blockchain industry may fast be proving its barebones infrastructure is ready to withstand the supersonic strains of the next tech boom. The president and chief architect of FanWide, for one, seems to think for the “world’s largest fan club network”, blockchain is a no-brainer.

CryptoSlate sat down with Symon Perriman, former Microsoft veteran and serial tech entrepreneur, whose Seattle-based sports-tech company will be using crypto to give at least 100,000 sports diehards even more reasons to get together on game night.

FanWide might come off as the sports-crazed lovechild of Meetup and Groupon—directing team fanatics to their nearest venue “game-watch party” and sweetening the deal with drink and food specials.

To Perriman, his outfit would kill a flock of birds with one stone.

The Search for Scalability

Where the outfit appears to have been giving a certain bang to the buck of sports stakeholders, Perriman and his team have been hungry for a more robust way to help FanWide spread its roots.

He explained that while on the hunt for a digital rewards system, FanWide was looking for a malleable technology that could accommodate local needs, as the current system—which typically involved putting free beers in hands—wouldn’t fly in every jurisdiction, legally. He explained:

“We what we really wanted to find was a rewards system that was digital, scalable, and could give something that could be redeemed for other prizes, so that is one of the reasons we started to look towards a blockchain solution.”

Such a mission may have given FanWide a leg up onto the blockchain bandwagon, but the entrepreneur explained that the technology’s transparency-enabling properties could equally become the crown jewels to a company that profits off attendance figures. He noted:

“We wanted to provide transparency to our paying customers—who were the sports bars and the sponsors—to actually prove attendance, because in many cases we would say we brought a hundred people to an event, and they would say ‘well, how do we know you really did that?'”

Having organized close to a million events at more than 10,000 US venues to date, FanWide seems to have been making strides on the good of its word—but when transparent, immutable, indisputable blockchain rolled along, Perriman apparently spied an opportunity too good to resist:

“What we intend to use the blockchain for is that transparency every time someone checks in—they get entered on the blockchain; we prove that—and also to provide a rewards system that can be redeemed for other prizes.”

To Build, or Not to Build

Blockchain may have fit FanWide like a glove, and yet Perriman was still faced with a founder’s quandary: whether to build a FanWide token from scratch, or go forth and find a sports token provider that was already out on the playing field.

After sitting on the “strategic decision” for some time, however, Perriman and his team of former Google, Microsoft and Amazon engineers concluded that blockchain was simply a means to an end; offering transparency to track attendance, TV viewership, and “rewarding fans with something tangible that allows [FanWide] to scale.” He noted:

“We’re not like a company that says “we’re going to go and build a blockchain to solve a problem.” We’ve solved a problem, and now we’re adding blockchain to it—to make it better.”

So when Perriman got wind of FanChain—a tokenized sports ecosystem backed by some of the heaviest hitters in US sport including the NFL Players Association, former NBA Commissioner David Stern, Hall of Fame basketball coach Jim Boeheim, and NBA Allstar Steve Smith—something seemed to click.

Fast-forward to Q4 2018, and FanWide is to become an inaugural “mint” of FanChain coins; an issuer of ERC-20 tokens with a novel ERC-721 twist—allowing FanWide to stamp team-specific metadata as they dish out, say, New York Yankees tokens to FanWiders for attending, engaging with sponsors, buying drinks, or referring other fans.

When it comes to spending their hard-earned tokens, free beer will apparently be the tip of the iceberg for sports junkies; with fan gear, event tickets, and more eventually redeemable for FANZ tokens on third-party sites. Perriman even entertained the idea the token could mark crypto’s first foray into the hospitality industry—a market untapped by the nascent technology, he added.

However ideal such a product would come to FanWide, its founder saw a symbiotic, mutually beneficial agreement between the two companies as they unite to make FanChain the “main sports token that’s going to be out there”.

Perriman assured that his new business partner was equally enamored by what his company was bringing to the table; with a network of 13,000 professional and college fan clubs, 1250 teams and leagues, and 100,000 active users, as a partner that “perfectly” fit FanChain’s goal of building on the “religiously strong” affinities that fans have for their teams.

Or, as the FanWide head honcho put it when FanChain opens up shop halfway through 2019, FanWide will be able to finally “reward fans for being fans”.

NBA basketball star Spencer Dinwiddie, who rose to fame last year after a series of spectacular games, may soon convert his successful Bitcoin investments into a legitimate business that accepts the digital currency.

Through blockchain and cryptocurrency, it’s becoming easier for communities to interact and exchange value with each other in an efficient, trustless way.