NBA basketball star Spencer Dinwiddie, who rose to fame last year after a series of spectacular games, may soon convert his successful Bitcoin investments into a legitimate business that accepts the digital currency. 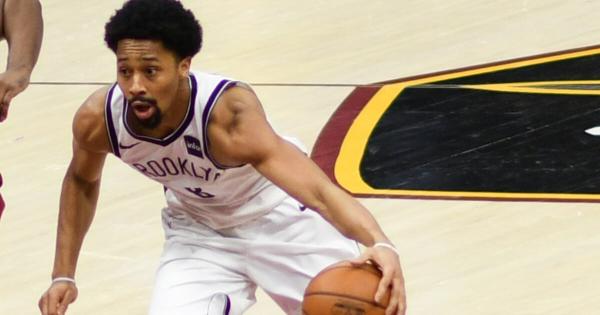 Photo by Stephen Baker on Unsplash

NBA basketball star Spencer Dinwiddie, who rose to fame last year after a series of spectacular games, may soon convert his successful Bitcoin investments into a legitimate business that accepts the digital currency. The 25-year-old is launching his line of sneakers which fans can purchase with BTC.

In an exclusive interview with Bleacher Report, Dinwiddie spoke of his “obsession” with Bitcoin, investing with a serious risk-management strategy, the inclusion of digital currency in future business, and even his risky investment in Tron (TRX).

Dinwiddie entered the cryptocurrency market based on a friend’s suggestion in 2014, which he describes as “these stories always begin with a friend and some dubious income.” At the time, Dinwiddie thought of the asset as “weird, laughable, and a black hole,” an opinion that has radically changed since.

However, unlike other NBA stars who purchased bitcoin during the boom in 2017, Dinwiddle actively traded using “super-strict” stop-loss option which is a mechanism on trading apps that automatically sells an asset if it reaches a certain predefined price level – to protect against unexpected losses.

Much of Dinwiddie’s personal life dictated his interaction with the pioneer cryptocurrency. He entered the basketball world on a minimum-contract with the Brooklyn Nets in January 2017 and saw bitcoin as a chance to get rich without waiting years to build a reputable brand name, pointing out leading businessmen in the space like LeBron James, Kevin Durant, and Andre Iguodala.

TRX “Sure to Have its Day”

While most basketball players, or sports stars in general, leverage their identity to sell a product or service, Dinwiddie considers his Bitcoin investment a multi-step strategy that moves far beyond a “Vegas deal,” or one that involves putting down money and hoping for the best returns.

In 2017, as bitcoin prices began to increase and eventually reach the 20-fold returns mark, Dinwiddie started to research altcoins and zeroed down on Tron–the Chinese cryptocurrency ranked eleventh in the world as per its market cap of $1.5 billion.

The reason for this investment was simple–a cryptocurrency led by billionaires was sure to “have its day,” regardless of long-term success over other altcoins. The investment paid off handsomely, as TRX multiplied sixfold after Dinwiddie’s initial purchase.

The next step? Dinwiddie is launching his sneaker brand for the next NBA season and states bitcoin will be an option for payment.

Called K8IROS, the sneaker is developed in partnership with Project Dream, becoming one of the only player’s to embark on a Bitcoin-fuelled mission. Dinwiddie believes cryptocurrency is here to stay, but getting there will take a widespread adoption of the asset class in daily purchases.

Many teams in the NBA align with Dinwiddie’s vision for cryptocurrencies. Early in 2014, the Sacramento Kings became the first team to accept BTC payments for tickets and even installed an Ethereum mining machine in their arena this year.

The move was not-for-profit, however, with all proceeds going to a charity focussed on technical education in society. Similarly, Mark Cuban-chaired Dallas Mavericks also unveiled their intent to offer tickets purchasable by bitcoin starting “next season.”

“So if as humans we’re looking, searching for transparency, we’re gonna get there eventually. Now, what does that mean for the price? I don’t know. Is it a $10K bitcoin, $5K, $500K? Nobody knows; I think everyone’s guesstimating. But the tech base in general, if we as a people—all seven-and-a-half or eight billion of us—say we want truth and transparency, it’s the next step.”

Dinwiddie certainly offers a more prudent answer than most perma-bull proponents for the digital currency, who can often say absurd things if their predictions swing the other way.

Since fall of 2017, CryptoKitties has gained international renown as a fad and media vehicle for exposing cryptocurrency to the mainstream.