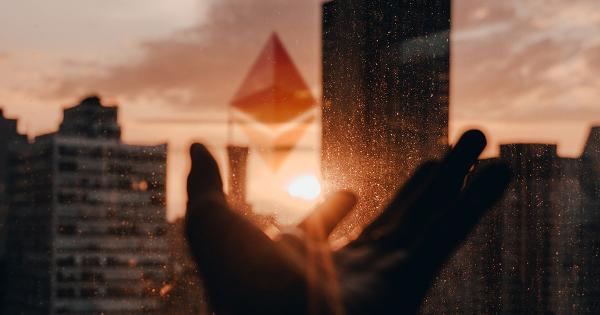 Photo by Zac Wolff on Unsplash

Ethereum has seen booming network utility throughout 2020. The blockchain has seen heightened stablecoin issuance and a growing influx of finds into various ETH-based DeFi initiatives.

The utility growth Ethereum has seen over the past five months has led ETH to see booming demand, as more investors begin recognizing its growing potential.

This has also coincided with a massive rise in the cryptocurrency’s hash rate – which has climbed by just under 27 percent since the start of the year.

From a price perspective, Ethereum has done little to turn heads or garner notoriety throughout the past year.

Despite being able to post a parabolic rally to $290 in February, this rise was short-lived and happened to be followed by an intense decline that ultimately led it to lows in the sub-$100 region.

This has done little to hamper its network growth, however, which has been booming over the past several months.

According to data from analytics platform Glassnode, ETH’s hash rate has risen by just under 27 percent throughout the year, leading it to its highest levels seen in over seven months.

“Ethereum’s hash rate has increased by 26.8% since the beginning of the year and is at the highest level it’s been in over 7 months.”

It’s important to keep in mind that the cryptocurrency’s current hash rate of 166 tera-hashes per second is still down significantly from its all-time highs of 250 th/s that were set in August of 2018.

As CryptoSlate reported in late-May, analysts do attribute Ethereum’s increasing utility as the primary suspect driving its fundamental strength, also influencing investor demand for the cryptocurrency.

Spencer Noon – the head of crypto investments at DTC Capital – explained that there is a strong connection between the blockchain’s utility and demand for ETH.

“There is a growing link between Ethereum utility and ETH demand. ETH miners have captured $3.5M in fees over the past 30 days. Below we can see that the demand for blockspace is mostly driven by stablecoins and DeFi, which together account for >63% of fees paid.”

That being said, it is important for investors to consider the implications that mounting utility and fundamental strength may ultimately have on Ethereum’s price action.

Based on Noon’s assessment, it does appear that both of these factors bode well for ETH’s mid-term outlook.