Joseph Lubin, the co-founder of Ethereum and one of the crypto titans, accurately called the bottom of the 2018 bear market. 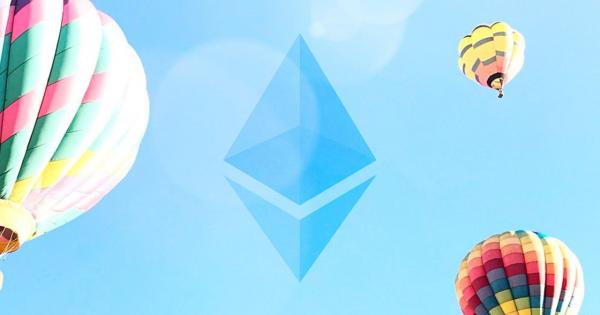 Joseph Lubin, the co-founder of Ethereum and one of the crypto titans, accurately called the bottom of the 2018 bear market. Amidst the mass layoffs and restructuring of ConsenSys, and contrary to the “epic amount of fear, uncertainty, and doubt” in the market, Lubin asserted the industry has a “very bright” and exciting future.

Industrialists of the Blockchain Age

Joseph Lubin is one of the juggernauts of the crypto-sphere. Along with Vitalik Buterin and a handful of other co-founders, in 2014 Joseph Lubin was partially responsible for creating the second-largest blockchain by market capitalization, Ethereum. Ethereum was initially offered to the public for less than $1.00 per token and reached highs of $1,420 in January of 2018.

In early 2015, Lubin went off to head ConsenSys, a software technology company focused on building applications around the Ethereum blockchain. During the peak of the market, Forbes named Joseph Lubin the second-richest person in crypto after Ripple co-founder Chris Larsen, estimating his net worth between one and five billion.

Meanwhile, at the peak of the euphoria, Lubin’s ConsenSys became a sprawling and unyieldly organization of over 1,200 employees—and growing—with little corporate structure or hierarchy. As detailed by Forbes, in the spirit of decentralization, the company had few managers and limited reporting structures. Projects that gained Lubin’s stamp of approval would receive a reported $250,000 to $500,000 to launch with limited expectations of revenue.

All of this was possible because of Joseph Lubin’s fortune in ether, who is rumored to be the largest holder of the token.

The growth wouldn’t last. Estimates placed the organization’s burn rate at over $100 million. In conjunction with crashing ether prices over the course of 2018, ConsenSys was compelled to streamline its operations.

In December 2018, Joseph Lubin announced a new phase of the organization: ConsenSys 2.0, a new era of “greater efficiency, accountability, and attention to revenue.” Projects and employees that were underperforming were axed.

Following the announcement, ConsenSys laid-off 13 percent of its staff. Many critics sounded the alarm, linking the demise of ConsenSys to the downfall of the markets overall. And, the markets were indeed in tumult with bitcoin hitting a historic low of $3,237 on Dec. 16th.

Joseph Lubin’s Predictions for the Future

ConsenSys endured an enormous amount of criticism for its 2.0 reboot. Major news publications and critics across social media used ConsenSys as another data point for the downfall of the crypto markets in their entirety, playing into the narrative that cryptocurrency was merely a fad of 2017.

On Dec. 21st, 2018, Lubin recognized that paranoia in the markets had reached its peak. He predicted that this was the bottom of the market.

I am calling the cryptobottom of 2018. This bottom is marked by an epic amount of fear, uncertainty, and doubt from our friends in the 4th and crypto-5th estates.

Lubin also rebutted claims that ConsenSys was in jeopardy and asserted the company remained healthy:

We have been on the receiving end of an epic amount of conjecture and preemptive paranoia — filled with damning rhetoric about situations journalists and bloggers don't have real data for, actual insight into, or understanding of.

Rather than the sudden layoff of “50-60 percent” of its workforce as some media publications had claimed, Lubin asserted that ConsenSys had been restructuring since April of 2018, and in some parts of its business were actually growing.

Overall, Lubin’s had a positive outlook for the industry. He was optimistic that Ethereum would solve its scalability issues and that the token ecosystem around the Ethereum blockchain would continue to mature.

The sky is not falling. From my perspective the future looks very bright. I remain excited about scalability solutions that are available now…

Lubin resoundingly predicted a bright future for cryptocurrency and blockchain:

Peaking into 2019, if you could see the landscape through my eyes, you'd have to wear shades.

Yours in Ethereal Serenity,
JML

And, so far, his predictions have proven correct. From December of 2018, the markets had continued to consolidate, with total market capitalization oscillating between $110 billion and $140 billion.

In April of 2019, the markets seemingly rebounded and bullish sentiment returned. Even after catastrophic news that Tether is not fully backed by US dollars, the markets have continued to rise with bitcoin breaching $5,700.

The Ethereum co-founder’s prediction could largely be the result of luck. Considering the number of pundits who claim to be able to predict the future of the crypto markets, often with limited success, it is inevitable that some of these predictions are correct.

That said, Joseph Lubin has insight into the industry that few can match. He is connected to some of the most powerful people in crypto and possesses the kind of insider information that traders dream of.

Perhaps there’s something more to his predictions.