Members of the decentralized finance community are not happy with the latest "governance theatrics" on Uniswap. 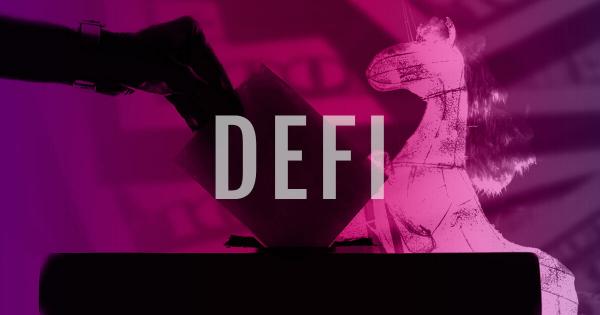 While a Harvard Law student-led initiative called the “Defi Education Fund” is facing blowback for receiving $20 million worth of Uniswap’s (UNI) tokens and dumping half of it over-the-counter, some witty DeFi enthusiasts are openly mocking the whole ordeal.

One of them, a well-known pseudonymous crypto Twitter user called Cobie (CryptoCobain), ironically thanked the Defi Education Fund for inspiration today—and posted his own proposal on Uniswap, asking for a grant of 500,000 UNI ($10 million) so he can…shave his head.

“Just this morning I saw that Uniswap had funded 1m UNI ($20m) to the extremely well known Defi Education Fund and I was incredibly inspired,” Cobie wrote in his “important proposal to Uniswap Governance.”

“The [Cobie Headshave Fund] will fund the shaving of my own head, and potentially other heads. The funding will have the goals of 1) shave my head; 2) hire Ed Sheeran or Odell Beckham Jr or someone to operate the shaving clippers; 3) record the head shaving as proof of shave (PoS); 4) spurring other DeFi protocols to fund headshaving. The CHF entity will be nonpartisan and really only exists to facilitate acquiring this grant.”

Initially, the group asked for a grant of 1-1.5 million UNI tokens ($25-40 million at the time) from Uniswap’s treasure that ostensibly would’ve been used to hire “effective lawyers, lobbyists, and organizers” who will defend the sector’s best interests.

The proposal had to pass three voting stages—the so-called “Temperature Check,” “Consensus Check,” and “Governance Proposal”—for it to be approved. On Uniswap, the community can vote for new proposals using UNI—the platform’s governance token—where one UNI effectively equals one vote. However, individuals or entities can have any amount of tokens, making their voting power much greater.

This is a direction that I hope Uniswap (and more DeFi protocols) grow into.

However, this proposal lacks crucial details that are necessary to prevent the Uniswap treasury from becomming a slush fund.

The idea is strong, and excited to see it mature.https://t.co/K9JVjNPfTY

As a result, despite facing criticism from the community, HarvardLawBFI’s proposal successfully passed the first two stages—but there’s a catch. According to the results of the “Consensus Check,” for example, the overwhelming majority of “yes” votes was cast by the proposers themselves, two other student groups, and Slingshot Finance COO Kenneth NG. In total, these four whales were responsible for nearly 34 million UNI votes in favor of the fund—out of 43 million “yes” votes in total.

After rebranding their proposal to the DeFi Education Fund and expanding its scope, HarvardLawBFI ultimately won the “Governance Proposal” voting and received 1 million UNI (roughly $20 million) from Uniswap’s treasury. Then, despite initially promising “to allocate these funds over 4-5 years,” the student group dumped half of its crypto cache—500,000 UNI worth just over $10 million—just a few days after receiving it.

“Voting to give yourself money”

Unsurprisingly, some members of the crypto community were not happy with this outcome. In his own governance proposal, titled the “Cobie Headshave Fund (CHF),” Cobie obviously parodied the DeFi Education Fund. He also pointed out that HarvardLawBFI epitomizes “the real DeFi”—which is “voting to give yourself money.”

“Not only was I pleased that they were embracing the pseudonymous nature at the heart of crypto twitter (not even bothering to have a profile picture), but I was also touched by the 10m votes from the proposer to award themselves the grant money. That is the real defi I believe in. Voting to give yourself money.”

Cobie also reassured the community that “this entity will continue to request similar future grants for future headshavings if the first one is proven successful and as a big value add to UNI holders.”

Meanwhile, other users were a lot less subtle.

“I fully support Cobie ‘The Carrot’ Cobain to be given 500,000 UNI. If anyone thinks that this anonymous legal lawyer f*ckwit who’s dumping isn’t anything but a complete spit in the face then you should just sell your UNI now and go buy some Techlead Millionaire MM token and join their community of Youtube commenters,” vented one of the commenters.

While I do support the proposal, as we saw with Dharma and Univalent, unless the team decides to approve the proposal, nothing happens. Uniswap governance is the epitome of the govnance meme.

I am willing to lobby for this if its @ledgerstatus head though https://t.co/V9zadLDomW

Still, there is currently no way anyone can actually vote for Cobie’s proposal since he didn’t initiate a “Temperature Check.” Otherwise, it would be comically in line with today’s meme-filled crypto sphere if the “Cobie Headshave Fund” got approved.