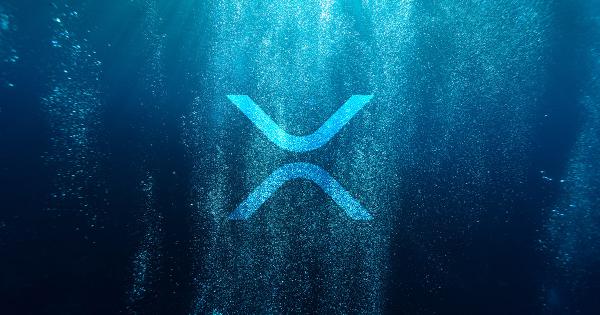 XRP has seen its fair share of rallies over the past two years, but the third-largest cryptocurrency by market capitalization has been underperforming its crypto peers. Case in point: from its all-time high around $3.30, the cryptocurrency has tanked 95 percent, underperforming Bitcoin’s relatively mere 67 percent drop from its high.

At one point three weeks ago, the cryptocurrency was nearing three-year lows, where it was trading prior to 2017’s jaw-dropping bull run.

A report from crypto data provider Messari indicates that the first quarter of 2020 for XRP was no different than the altcoin’s macro trend over the past few years, as it managed to actually earn the title of the “worst performer” of a collection of top digital assets.

XRP was one of the worst-performing cryptos in Q1

According to Messari, “XRP was the worst performer in Q1 of the top 25 assets” in its “currencies sector,” which excludes Bitcoin. This means that XRP underperformed Bitcoin Cash, Litecoin, Monero, Stellar, and many other cryptocurrencies over the course of the first quarter of this year.

+ @Ripple's reduction is XRP sales starting in Q3 '19 did little to help the price pic.twitter.com/g56DJCQx47

Although XRP has since recovered, the cryptocurrency fell so low that it briefly lost its long-held seat of being the third-largest digital asset by market capitalization, with Tether — whose market cap has exploded over recent weeks due to increased demand for stablecoins — briefly ascending the ranks.

XRP’s performance comes in spite of Ripple — the fintech company that is closely involved with the cryptocurrency — reducing the number of coins it sells each quarter, seemingly responding to the market conditions and the fear amongst XRP investors that it is depressing the price of the asset.

The trend may worsen, analysts fear

XRP already had a poor quarter according to Messari’s report, but analysts expect the cryptocurrency to trend even lower in the coming weeks and months.

Peter Brandt — a veteran commodities trader known to be a Bitcoin maximalist when it comes to digital assets — posted the below chart to Twitter on “Black Thursday,” writing:

“I said I would never again post a chart of XRP. But, I thought you all might be interested in what it means to have ‘White Space below’.”

While he didn’t convey a price prediction for the cryptocurrency, the comments in response to this tweet quickly filled in the gaps; what he depicted was that purportedly is no price support for XRP until it falls back into the single-cent range, then potentially even lower.

I am breaking a promise.

I said I would never again post a chart of $XRP

Brandt’s warning against XRP’s future prospects came shortly after he remarked that if he looks at the chart of Bitcoin “without bias,” he sees a “sub-$1,000” price.

XRP is erasing “months of underperformance” as bulls fuel 8% rally; here’s what you need to know