Ripple offloads nearly $200m in XRP; will this thwart its growing signs of bullishness?

XRP has seen some decent bullishness over the past several days, which has allowed the cryptocurrency to secure what appears to be a strong foothold within the mid-$0.20 region. 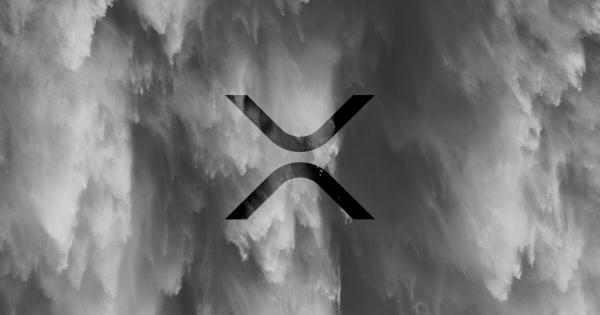 XRP has seen some decent bullishness over the past several days, which has allowed the cryptocurrency to secure what appears to be a strong foothold within the mid-$0.20 region.

This bullishness has come about in the face of turbulence within the aggregated crypto markets, with Bitcoin struggling to break through the intense resistance that exists between $9,500 and $9,600.

Although XRP’s market structure appears to be highly bullish at the moment, it is important to note that Ripple – the San Francisco-based FinTech company with close ties to XRP – recently received nearly $200 million worth of tokens from their escrow account, meaning that the crypto may soon see a strong selloff.

At the time of writing, XRP is trading up just under one percent at its current price of $0.255, which marks a notable climb from its daily lows of roughly $0.24 that was set around this time yesterday.

It is important to note that XRP has been outperforming Bitcoin over the past 24-hours, and the cryptocurrency appears to be shaping up to see significant further upside in the near-term.

CryptoBirb, a prominent cryptocurrency analyst on Twitter, explained in a recent tweet that he is more bullish on XRP than he has ever been before, noting that there are a few key factors that warrant his bullishness.

Many analysts and investors alike have attributed much of XRP’s bearishness in 2019 to Ripple’s quarterly token sales.

It is possible that the company will continue providing a steady stream of selling pressure on the token, as they just unlocked nearly $200 million worth of XRP that could soon be sold on the open markets. 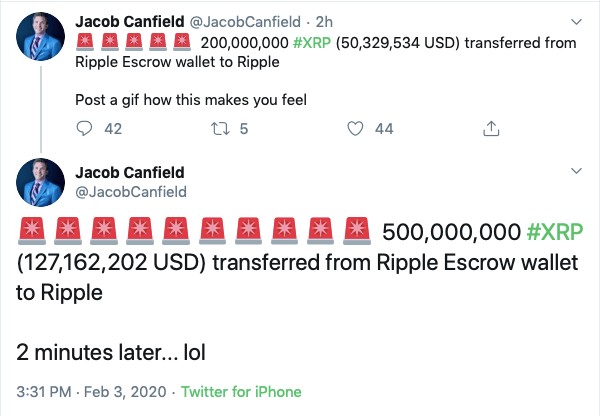 This latest escrow unlock could be a test of buyer’s strength, as sustained upward momentum could signal that the crypto will see significant further gains in spite of Ripple’s quarterly token sales.