Despite the strong downturn seen in the crypto markets, epitomized by Bitcoin’s 50 percent decline that transpired on March 12, the amount of Tether’s USDT stablecoin in existence has exploded. 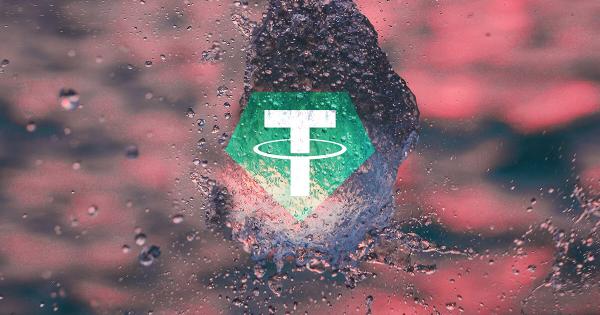 Despite the strong downturn seen in the crypto markets, epitomized by Bitcoin’s 50 percent decline that transpired on Mar. 12, the amount of Tether’s USDT stablecoin in existence has exploded.

In fact, according to industry news aggregator Unfolded, the market capitalization of the asset recently surpassed $6 billion, with $1 billion added to this metric in the past two weeks alone. In an industry valued at under $200 billion, such inflows are clearly dramatic. 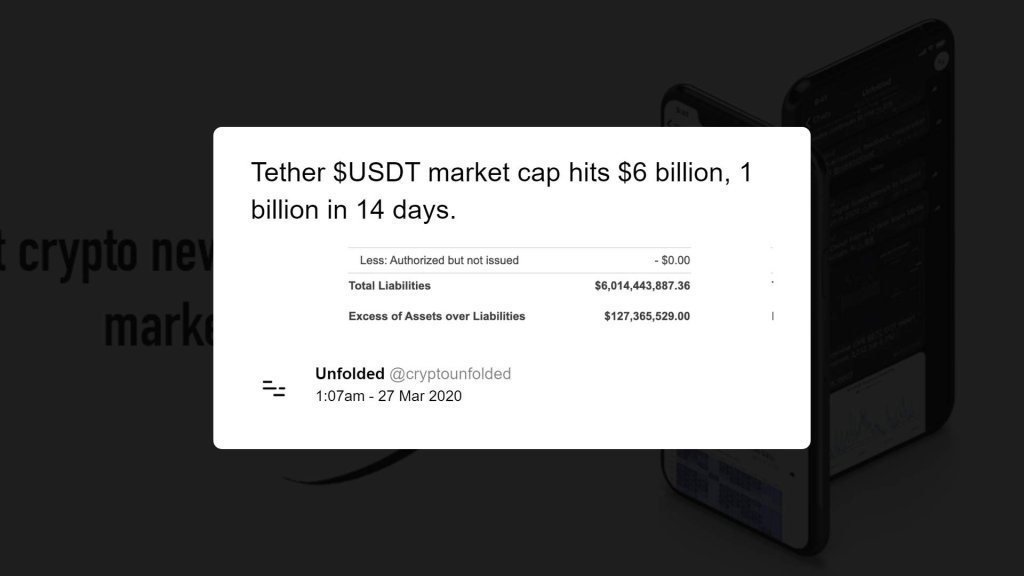 This begs two questions: 1) what is driving this demand for stablecoins? 2) How will the increase in stablecoin supply affect Bitcoin moving forward?

Sam Bankman-Fried, a former institutional investor turned CEO of both derivative exchange FTX and Bitcoin quant fund Alameda, recently chalked up the phenomenon of the rapidly-increasing stock of USDT to three factors:

1) Alright, time for some answers!

My brief explanation is roughly:

There's huge buy-side demand for USDT. It's coming from:

All this, he wrote, is “drives up [the price of USDT] and in turn supply, so people create.”

Although a majority of the USDT demands being sparked by sell-side demand rather than investors looking to buy BTC with the stablecoin, the strong increase in blockchain dollars could be a boost to the crypto market in the future.

As reported by CryptoSlate previously, Charles Edwards, a digital asset manager, remarked in January that “major changes in Tether’s market capitalization have led Bitcoin’s price over the last 1.5 years.”

This was seemingly proven true when BTC rallied as high as $10,500 by mid-February, following the pseudo-indicator he spotted just a month prior to that.

The record-level USDT printing we’re seeing would suggest that Bitcoin is soon going to see a record rally.

Fundamentally, this makes sense; although there are few details as to how one can deposit U.S. dollars and receive USDT in return, the introduction of fiat into this industry through stablecoins should eventually act as a catalyst for Bitcoin’s growth when USDT holders sell their coins for BTC or other digital assets.