In its latest quarterly report, Ripple revealed a substantial decrease in XRP sales. In total, the company sold $13 million in XRP during Q4 2019. This represents an 80 percent reduction from the previous quarter where it sold $66 million worth of XRP.

Considering the last three years, this is the lowest sum of XRP sold by Ripple. It also contrasts massively from Q2 2019 where the company sold $251 million worth of this cryptocurrency.

The significant sales cut comes as part of Ripple’s mission to act as “disciplined, responsible stakeholders.” As a result, the firm decided to paused programmatic sales entirely in Q4.

According to Larry Cermak, director of research at The Block, this is the first time ever recorded that Ripple cuts down programmatic sales entirely, which could be linked to regulatory concerns.

“For the first time ever (since they started reporting), Ripple didn’t sell any XRP to exchanges (they call this “programmatic sales”). I’m not really sure why that happened since they continued to sell OTC. Could be regulatory issues or something else entirely.”

Despite the substantial drop in XRP, this crypto recently reached price levels not seen since 2017.

After reaching an all-time high of $3.30 on Jan. 04, 2018, XRP entered a massive downward trend that has seen its price plummet by nearly 95 percent. Since the peak, this cryptocurrency has not been able to make a higher high.

Instead, it continues making a series of lower lows and it recently hit $0.176. The last time XRP was trading at this price level was the week of Oct. 30, 2017.

Although XRP was able to surge nearly 45 percent since the recent low, the TD sequential indicator presented a sell signal on the 1-day chart that wiped off 16 percent of the gains. Now, it seems the 50-day moving average was able to contain the price of this crypto from a further retracement.

Nevertheless, if the 50-day moving average fails to continue holding XRP, one could expect a retest of the $0.176 support level.

Although the price of XRP could continue to suffer from the significant amount of tokens that Ripple put in circulation throughout 2019, the utility of this cryptocurrency is increasing. Ripple’s On-Demand Liquidity (ODL), a platform that facilitates cross-border settlements, experienced a considerable growth in Q4 2019. ODL handled 5.5x more value in this quarter than it did in Q3 as more financial institutions signed for these services. Now, it remains to be seen whether the demand for XRP increases allowing it to break out of the bearish trend it entered in 2018. 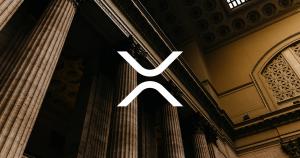 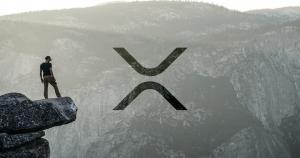 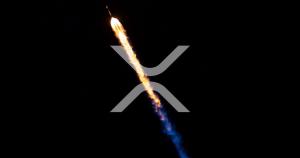