Crypto payments could be coming to an iPhone near you 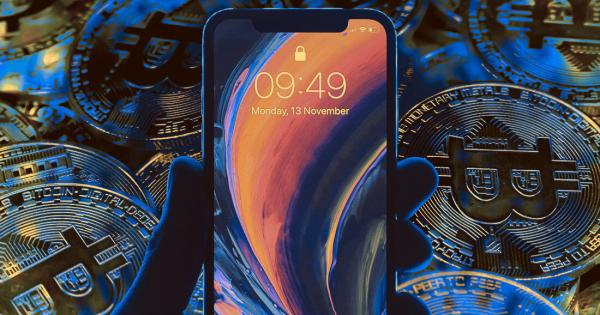 Photo by Youssef Sarhan on Unsplash

Crypto payments could be elevated to the next level, judging by the revelation made by popular smartphone manufacturer Apple Inc yesterday.

According to the iPhone creator, adding a new Tap to Pay feature for its smartphones is on the cards, which would effectively turn these devices into a point-of-sale machine for businesses.

With this new feature, it means that iPhone users can receive and make payments using their Apple Pay, contactless credit and debit cards, and other digital wallets through a simple tap to their iPhone.

This means that, unless Apple chooses explicitly to restrict crypto-related payment cards like that of Coinbase or Crypto.com, crypto holders should be able to make payments using their cards via the Tap to Pay feature.

Apple has announced Stripe as the first official platform to offer the Tap to Pay feature, hinting that other platforms would be added this year. Interestingly, the fintech company stopped receiving Bitcoin payments in 2018, but its CEO recently hinted that the firm could be open to processing crypto payments in the future.

Apple’s stride in the crypto space

While several big tech companies have made moves into the nascent crypto industry, Apple is one of the few giant tech companies whose mode of operation in the space has been largely unknown.

Last year, the company had a job vacancy for a business development manager requiring five years of experience working with cryptocurrency payments and digital wallets. This was an early indication of its interest in the space, but little to nothing was heard again from the firm.

Apart from that, Coinbase also revealed that it would start accepting Apple Pay as a payment option for crypto assets on its platform. This move further democratized public access to the crypto industry.

Also, the firm’s CEO, Tim Cook, stated that he had been interested in digital assets for a while and that he owned some himself though he refused to confirm if Zappos was going to purchase any asset soon.

The rise of the crypto industry has led to an increase in many firms accepting digital assets as a payment option for their products and services.

Leading electric car maker Tesla earlier this year revealed that it was going to be supporting the use of Dogecoin for the payment of some of its products. Last year, the Elon Musk-led company briefly accepted Bitcoin payments for its vehicles.

Is Apple about to send Bitcoin to the moon? A rundown of the rumor