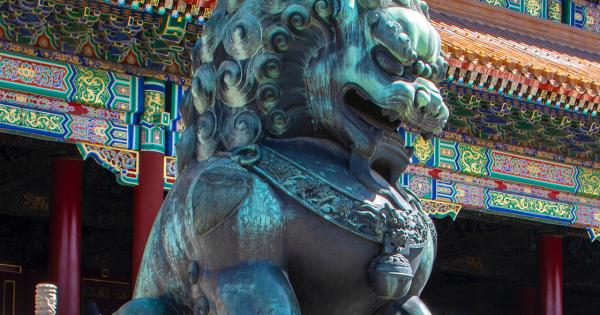 A second, unnamed source reportedly working on DC/EP backed up Schulte’s claim, adding that a mystery eighth institution could also receive the coin and that the digital currency has been ready to launch for over a year.

Mu Changchun, one of the key officials behind the digital currency, said the PBOC’s prototype “completely adopted blockchain architecture,” but claimed the cryptocurrency could not support the levels of transactional throughput required to replace cash in a country with more than 1.3 billion citizens. The final version of DC/EP, Forbes reported, is capable of a whopping 300,000 transactions per second using a non-blockchain architecture.

China began research for a sovereign digital currency in 2014, but the state now seems to have been pushed to the wall in its plans to launch—not only by the threat cryptocurrencies like Bitcoin may pose to China’s monetary sovereignty and ability to monitor its citizens, but also by the announcement of corporate stablecoins like Facebook’s Libra.

Libra—a multi-asset-backed, globally ambitious stablecoin sponsored primarily by U.S. corporate giants—has been widely construed by governments as a threat to capital controls and competitive markets. As a one-party state economy traditionally reliant on domestic consumption, strict currency controls, and the success of its many state-owned enterprises, China would likely be one of the least receptive markets for such a coin.

China’s precarious stance on cryptocurrency would say as much. Over the years the Chinese state has put in place opaque and often contradicting legislation—crypto exchanges have been outright banned from operating in the nation since 2017, for example, and yet a ruling in July recognized Bitcoin as being protected under the country’s “virtual property” law.

Despite Beijing’s ambiguous approach, the appeal of Bitcoin and other decentralized and censorship-resistant cryptocurrencies has been seen to be increasing steadily amongst Chinese investors, who have seemed to flock to BTC during periods of geopolitical uncertainty. In a guarded admission, the Deputy Governor of the PBOC stated one of DC/EP’s advantages would be in “curbing the public’s demand for private encrypted digital currency.”

As such, DC/EP takes form as a bid to tighten the PBOC’s grip on monetary control, while aiding Chinese banks in their power struggle against domestic mobile payment platforms. Together, mobile payment providers Alipay and WeChat dominate up to 90 percent of market share in China, and the PBOC’s new digital currency could lure back cash deposits and customers, the South China Morning Post reported.

In light of China’s unique economic situation, the PBOC just weeks ago unveiled a “dual delivery system” for DC/EP intended to accelerate adoption amongst the nation’s vast population. Per the system, commercial institutions would purchase the digital currency from PBOC using Chinese Yuan in return for distribution rights. Changchun described the scheme as follows:

“The People’s Bank of China is the upper level and the commercial banks are the second level. This dual delivery system is suitable for our national conditions. It can use existing resources to mobilize the enthusiasm of commercial banks and smoothly improve the acceptance of digital currency.”

As such, the seven (or eight) institutions should receive the coin as early as Nov. 11, and will immediately be tasked with dispersing the currency to China’s billion-plus citizens, the anonymous source told Forbes.

DC/EP will at first replace China’s M0 supply (physical money in circulation,) and according to PBOC patents seen by Bloomberg could allow the central bank to monitor all transactions. With Bitcoin as an evidently popular and comparably untraceable alternative, the rollout of DC/EP may pose the ultimate litmus test for Chinese citizens’ appetites for privacy and financial autonomy.