Despite banning cryptocurrency exchanges, China may still have a big influence on the industry. 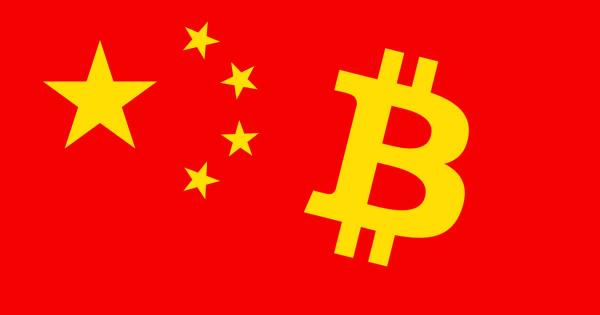 Despite banning cryptocurrency exchanges, China may still have a big influence on the industry. The recent surge—and drop—in bitcoin prices could have been helped by trends coming from the Asian market.

Since Sept. 4, 2017, the Chinese government made it illegal for mainlanders to exchange digital currencies. The ban was intended to shut down cryptocurrency exchanges and especially initial coin offerings (ICO), which were raising funds without regulatory oversight and had “seriously disrupted the economic and financial order.”

Although the ban was intended to stop criminal activity, it did not affect Chinese investors from buying cryptos in offshore accounts or even investing in ICOs. The cryptocurrency exchanges were not impacted either, as Scott Freeman, the CEO of Chinese-based crypto exchange C2CX, explained:

“None of the exchanges previously based in China ceased business. They simply moved their servers abroad. The only change is that for the moment the funds will move in and out of local currency via P2P transactions instead of via direct deposit. From a regulatory perspective this is an inferior solution because it’s much harder to prevent money laundering.”

Indeed, by November of the same year, the top three bitcoin trading platforms in mainland China—Huobi, OkCoin, and BTCC—had halted all trading services for local customers and moved out of the country.

The only thing that was affected by the Chinese government shut down on cryptos was the market valuation of bitcoin. When the announcement was made, BTC fell 35.3 percent. After hitting a high of $5,000 the cryptocurrency plunged to $3,250 as the news about the ban spread. 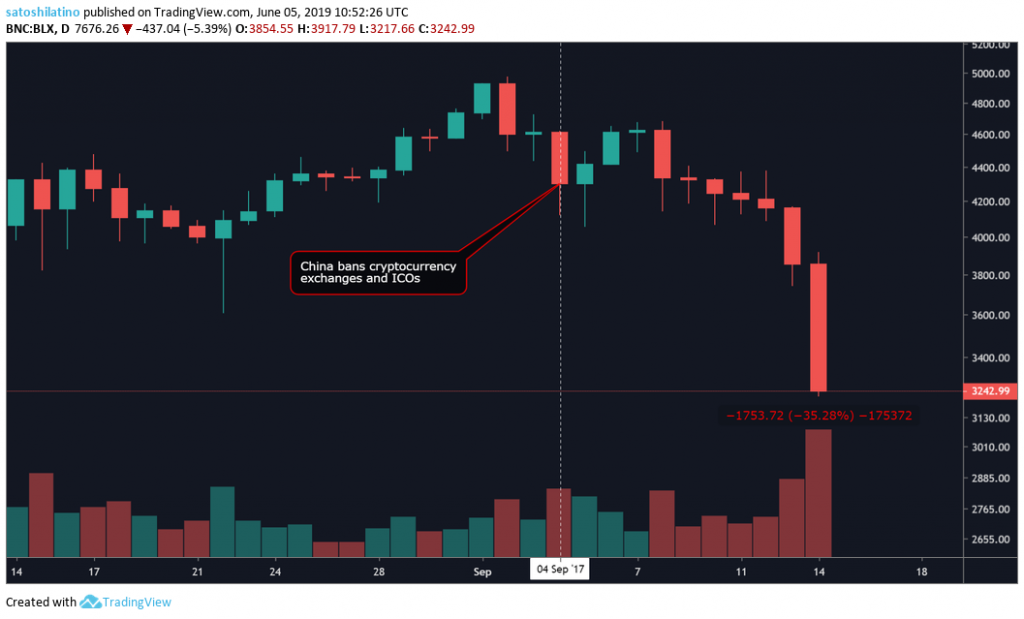 Today, almost two years later after the Chinese ban on cryptocurrencies, bitcoin’s market valuation may still be correlated. According to Barry Silbert, the founder and CEO of Digital Currency Group, there might be a correlation between the recent rise in BTC price and the trade war between the United States and China.

Flight to safety of bitcoin

The Renminbi and stock market plummeted in response to failed trade talks between the American and Chinese governments. At the same time, bitcoin benefited from the news and rose 36 percent from $6,130 to a new yearly high of $8,300. 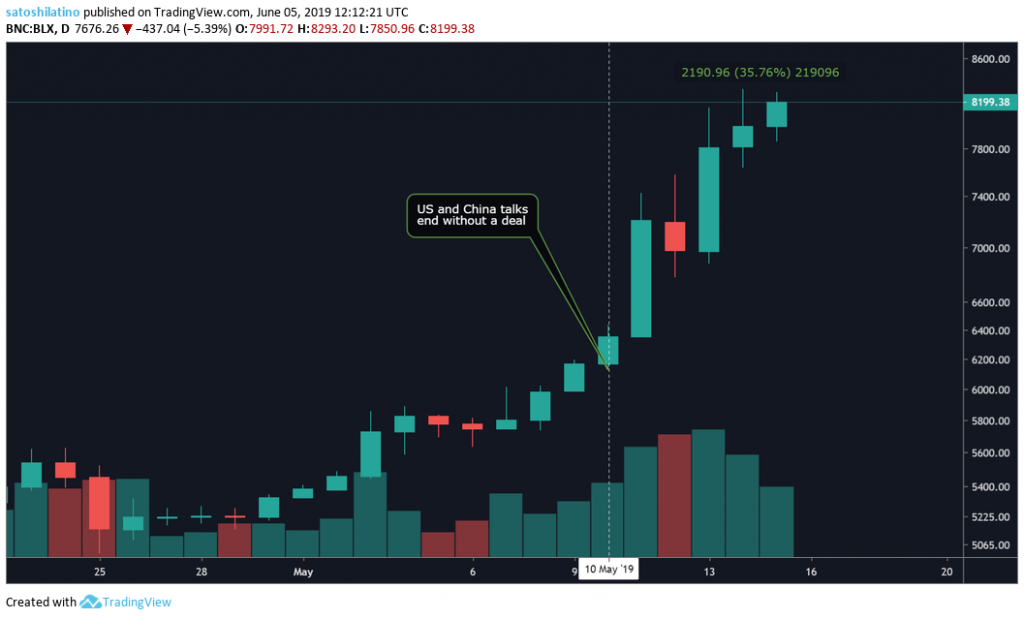 Silbert suggested that in times of economic turmoil, bitcoin is a non-correlated asset from the financial system—proving itself as a hedge.

The behavior of the market was also noticed by Dovey Wan, founding partner at venture capital firm Primitive Ventures, who pointed out that while the yuan depreciated 2 percent against the U.S. dollar while bitcoin was surging.

Maybe just a coincidence but you tell me

Bitcoin is winning the trade war while China and US is a lose-lose pic.twitter.com/8FmVcaHjjh

In a recent twitter thread, Alex Krüger, a fundamental and technical analyst, explained that China could certainly be the main source behind the price action that bitcoin has had since the beginning of May. The economist went into Baidu, a Chinese search engine equivalent to Google, and looked at BTC’s popularity as indicated by search trends.

There's been a lot of talk about how China has been the driver behind Bitcoin's move up since the first week of May. So I decided to look into bitcoin Baidu trends (China's Google). China's bitcoin popularity has definitively been on the rise. ? pic.twitter.com/kQ38WJfGjp

Krüger found out that the number of Baidu searches for “bitcoin” coincided with BTC performance. Since April, as the interest in bitcoin spiked the also price began increasing. However, there are some discrepancies with theory: interest dropped significantly after May 14 even though the cryptocurrency kept going up.

Although there seems to be a slight correlation between the price of bitcoin and the news coming out of China, there is nothing solid that could back up this idea. Bitcoin could just be enjoying a lot of attention based on the economic failures of different countries, proving itself as a “safe haven” against financial uncertainty. Or, as a redditor recently pointed out, the cryptocurrency could just be moving based on the decision of a few number of investors (or “whales”) who are manipulating the price.

Whatever the reason for bitcoin’s price movement, what most analysts seem to agree is that BTC is a non-correlated asset that could be an excellent diversification to a traditional portfolio. As Anthony Pompliano, the co-founder at Morgan Creek Digital, said back in December 2018, “if most people are being intelligent about their portfolios, they are taking 1 or 2 percent into bitcoin or other digital assets.”

In a recent report, the Beijing News analyzed a case which involved more than 100 people who were scammed out of 7,000 BTC. 2 min read

China’s central and largest bank by market capitalization has officially banned all security token offerings (STO) and any related investment and businesses involved in the practice. 2 min read

Throughout the past 24 hours, several publications and public figures have misreported that China has put an end to its blanket ban on bitcoin and the cryptocurrency exchange market. 3 min read